If I told you that there was a two month period earlier this year when I spent my evenings sobbing over my computer, a glass of wine and retro Spotify playlists you’d probably get a bit “U OK HUN?”.

But I wasn’t going through a midlife crisis or a heartbreak, I wasn’t having some kind of night time-only breakdown.

I was writing a memoir.

Whenever I thought about writing a book I only ever thought about what an honour and achievement it would be: I never considered how emotionally tough I might find the process. How about that, eh? The penning and releasing of my innermost thoughts and experiences being slightly tricky? Who’d have thought it…

Despite writing the book at the beginning of the year and releasing it almost two months ago it’s something I’m still feeling the shockwaves from. And, in a way I’m really not used to, I’m finding it really tough to put my finger on exactly why. 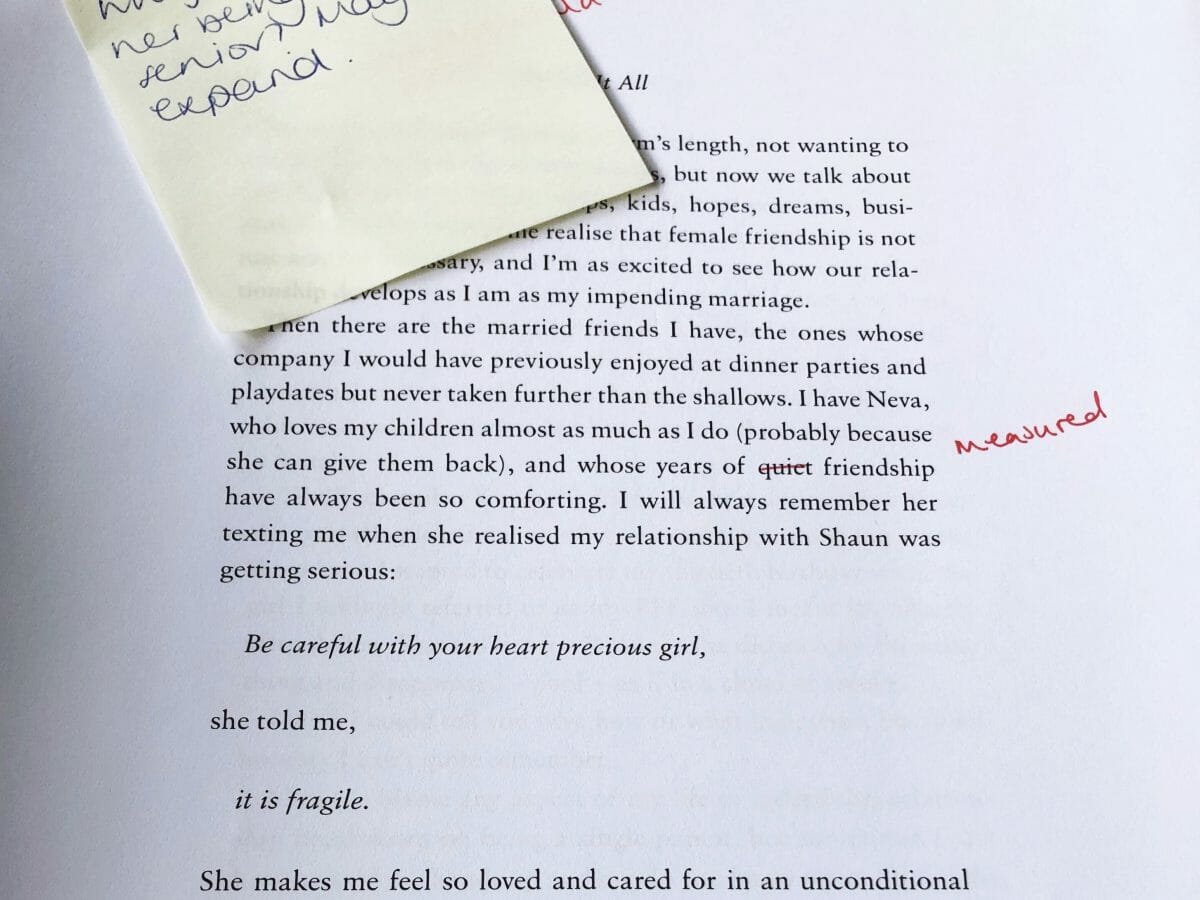 I’ve written for almost as long as I can remember. Ever since I was a young child I’ve been scribbling or tapping away, writing stories, diary entries or letters. It is something that comes as easily to me as breathing, something that is a necessary process for me to work through life’s mundane and exquisite. Writing has seen me through sky highs and hideous lows, it’s been my career and my biggest love.

And then I achieved the ultimate. After years of mentally penning the speech for my potential future book party, I got my book deal. A memoir, a book about finding your happiness when what you believe to be the worst thing happens. I was ecstatic: I knew it wouldn’t get better than this.

My 80,000 word count was a constant anvil over my head, and along with the daily pressures I always put on myself to make a good self-employed wage, the stress was real.

I had only six weeks to write the book, a timeline that seemed worrisome at first but was actually a godsend. I had no time to stress over whether or not I’d be – my writing would be – good enough. I just had to get on with what I had to do and submit to my publisher’s deadline.

I didn’t receive my first advance until after the manuscript was finished so I was still working on my day job while I was writing the book. I was also legally unable to talk about the actual writing of it which, for someone who gets out her stresses by writing about them, was extremely frustrating. My 80,000 word count was a constant anvil over my head, and along with the daily pressures I always put on myself to make a good self-employed wage, the stress was real. 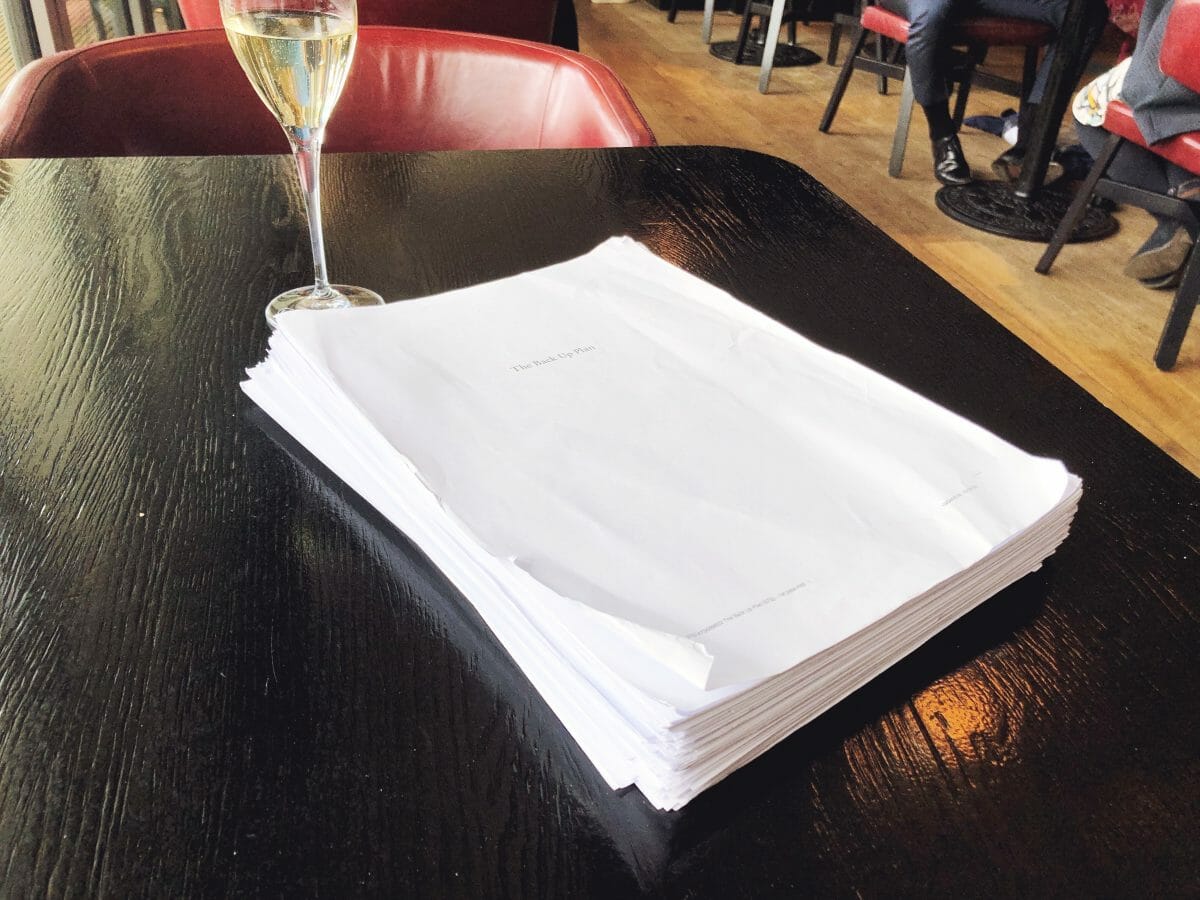 My nights would go like this: I’d finish work, feed the kids, tidy the house and get them to bed for 8pm. While they were chattering to each other I’d pour myself a glass of red wine and return to my desk – I wrote most of the manuscript on a big iMac instead of my MacBook to minimise distractions – to hammer out some words. Targeting myself at 1,500 a day (some days I’d already written 1,000 odd for the day job) I’d re-read my proposal, putting myself back in the shoes of the Alice from ten or twenty years ago, depending on what I was writing.

Music became a huge part of the process, and I found it invaluable to listen to Spotify, searching for the songs that have meant so much to me at different times of my life. Some had me laughing, some had me shaking my head, some had me on the floor with grief and sadness. A night without tears was a rarity and come 11pm I’d be spent, both mentally and emotionally. I’d crawl into bed feeling like I’d ran an internal marathon.

I was late handing in the manuscript, but only by three days. I was proud.

HelloFresh became my go-to for dinners. Exercising was a thing of the past, and all nights out or socialising with friends was put off. I had only two periods of time in my life: the time leading up to my book deadline and the time that would happen after my book deadline. It consumed me.

I was late handing in the manuscript, but only by three days. I was proud.

It took a long time to decompress after I’d written the book, and it’s taken a long time to decompress after releasing it, too. I didn’t count on the effect my sharing of such a lot of my life would have on those closest to me – my mum loves that I’m a writer but I think would prefer I wrote fiction next – and I will forever be grateful to the understanding and trust that I’ve felt from those who, by extension, have had my experiences of their experiences shared. When scribing the tome I didn’t fully comprehend how much of an impact this might have, and that is something that has made me fully reflect on how much I share in the wider world of the internet. 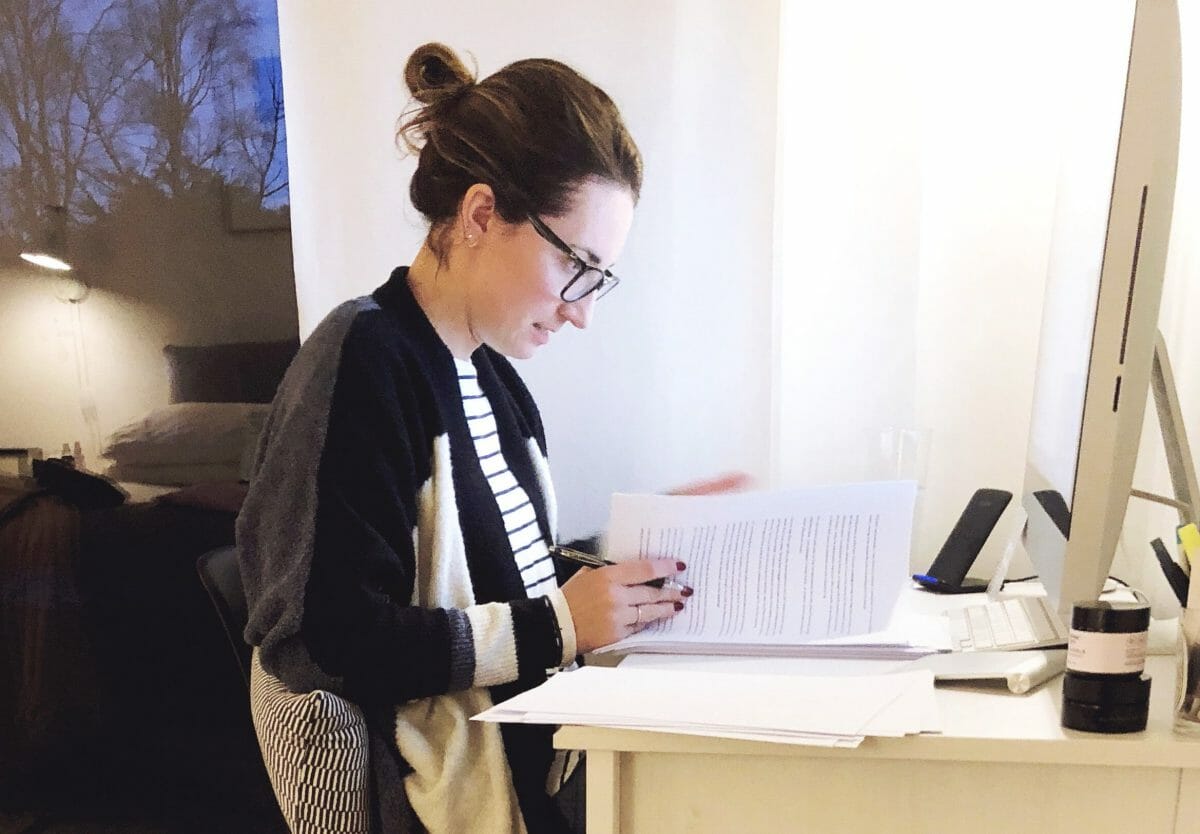 The judgement from readers has been hard: overwhelmingly positive, I love nothing more than receiving the messages of encouragement and thanks from those who have found hope and comfort in my words (because this is the exact reason why I wrote the book), but the criticism has been difficult to take. I have learned to shrug it off, because why take a complete stranger’s words to heart?, but I’ve found being able to do that a journey. I try to default to the position of disinterest when it comes to criticism, and believe that if the negative nelly hasn’t written a book in my shoes they have no place to judge, but it’s still not easy.

How do you aim for the stars when you’ve already landed among them?

I’ve spent the last couple of months with something of writer’s block, not knowing where to go from here. What does one do when they achieve their dream, and particularly when their dream involved such a close re-count of a difficult and formative part of their life? How do you aim for the stars when you’ve already landed among them?

Writing such a confessional book I’ve felt strange returning to my days of seemingly frivolous work on my blog and lighthearted chatting on Instagram. I’ve wondered if I need something bigger, that in my newfound job as an author I should be pursuing a cause or something more ‘worthy’, or ‘authentic’. It’s taken a month of stepping back from writing and decompressing on holiday to realise that I just need to what makes me – and those around me – happy, worthiness be damned.

If that means chatting about food and shoes and small businesses, if that means taking a bit of extra breathing space to look after myself and my family, then that’s what I’m going to do. And what’s more authentic than being able to make a living from your own happiness?