When I became a mum, the standard answer to the question “How are you?” meant one thing, and one thing only.

That became boring after, ooh, three years or so, and so I started to diversify my answers. “Great! Still not sleeping through the night!”, or “Fabulous! As soon as she stops waking at 5am…”.

The sleep, oh the sleep, it’s always about the sleep.

Recently, to my surprise, the children have actually started to sleep. I KNOW. From 8pm (ish) to 6.30am (if I’m lucky) they’re in the land of nod. Something I thank my lucky stars for.

AND YET I’M STILL TIRED. What’s going on with that, motherhood?

I started thinking about why the hell I was always so tired. And it became simple. Removing the single parent thing from the occasion – although how lovely would it be to have someone else to kick out of bed once or twice to tend to the cherubs at 6am? – there is actually one big reason why I could fall asleep at any given moment.

It’s because I am on the go ALL THE TIME. Even when I’m asleep.

Take yesterday, for example. I woke up early, and was immediately playing iPad referee between two children who wanted to listen to the highly regarded LEGO song ‘Everything Is Awesome’ (worst earworm ever, don’t try it). After cajoling them to clean and dress themselves – which basically involves shrieking “Teeth! Hair! Clothes! Coats! Spellings! Bags!” over and over again – I dropped them off at school and nursery.

I worked as soon as I got home from the school run at 9.30am, stopping every so often for a break to bleach the kitchen sink, empty the dishwasher or pop another load of washing on. Pure luxury, am I right? Lunch was leftovers and the children’s dad took them out for tea so I had a couple of extra hours to work in the afternoon. I stopped working at the late hour of 10pm because I’m still catching up on Elfie being off school for a day last week. 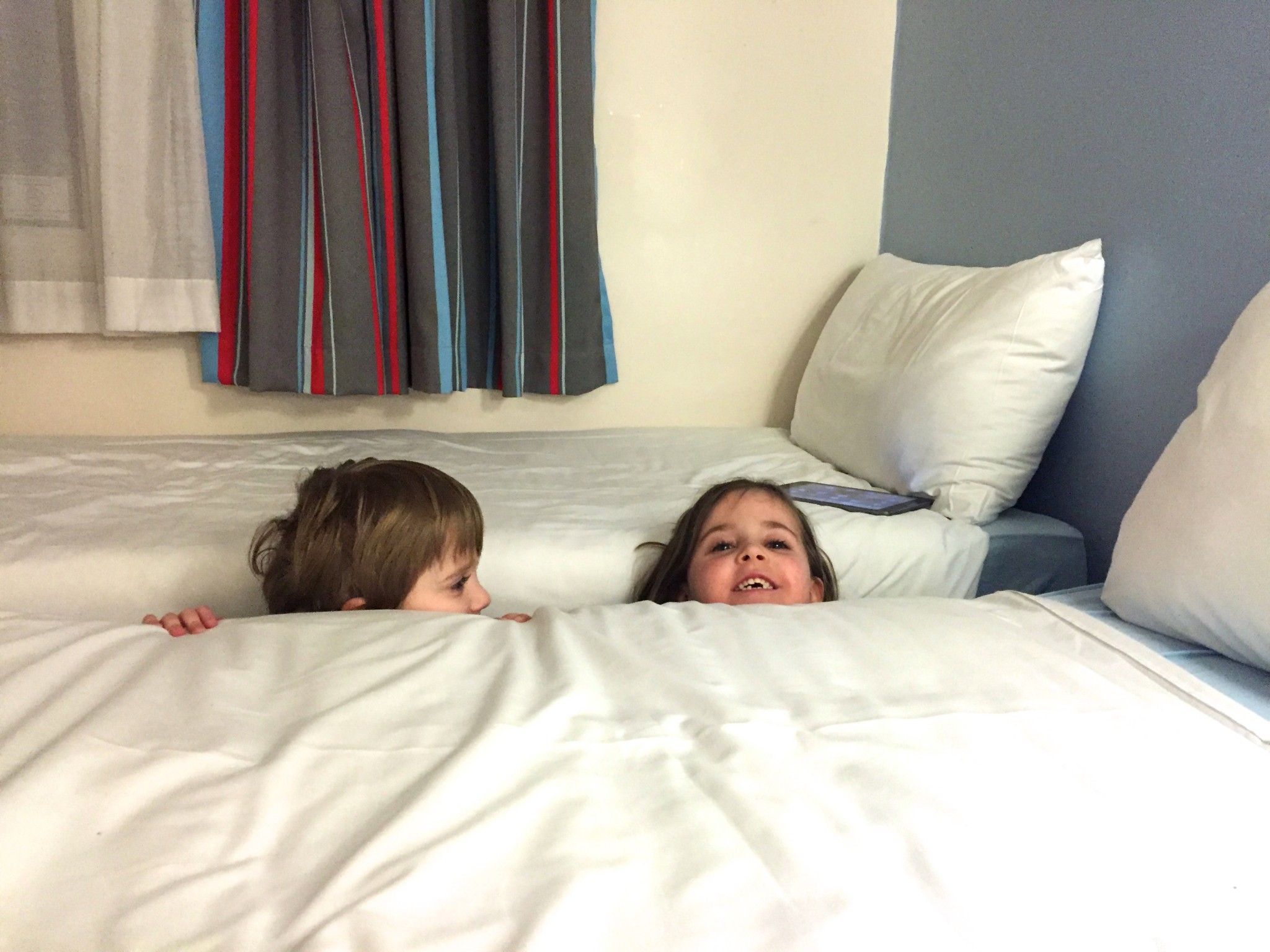 And even when it does stop, I don’t stop. If I’m not working or driving little people around, I’m picking up bits of Buzz Lightyear or Tyrannasaurous Rex models, stepping on LEGO or wondering whatever happened to that Minnie Mouse jigsaw puzzle because I just found the piece with her ear on. And if I’m not picking up I’m washing, meal planning, hoovering, chauffeuring, emailing, bill paying, brainstorming, cooking, shopping.

I think relentless is the word you’re looking for.

And then there’s what happens when you’re asleep. Or rather, doesn’t happen, because I swear, sleep doesn’t feel as good as it used to. Any little noise, any middle of the night stir from the bedroom next door and I’m sitting up, adrenaline pumping at the sound of the imaginary burglars at the children’s window.

Getting back to sleep when your heart’s beating that fast is pretty tricky, so instead I use the early morning hours wisely and lie awake worrying about the terrorism threat, benefit cuts or Brexit.

But if the children do sleep in? It’s not the treat you might think.

If they’re quiet past 6.30am my mind starts spinning, wondering why they’re not awake, what must be wrong with them to keep them asleep for so long. I’m in their bedroom like a shot, holding my hand underneath their little sleepy noses to feel each breath until they sense my presence and wake up wondering what on earth their funny mummy is up to now.

I’d say I look forward to the teenage years, but I fully expect there’ll be more of the same. If my two are anything like me they’ll be socialising with their friends til late, then expecting the mum taxi to pick them up. When I was a teen my poor mother used to go to bed and set an alarm, waking to collect me at midnight from Wetherspoons in her PJs, while I enjoyed an Archers and Lemonade buzz and cheesy chips. Good times.

I used to take advantage of the morning nap while the kids were at school and, thank goodness I work for myself, because I reckon that may be pretty frowned upon in an office. I try to power through these days though; there’s too much work to be done in my four 6-hour days anyway, and if I work all evening when will I find time to catch up with Hank Moody, my boyfriend substitute?

Yes, tiredness is a feeling I’ve grown to know, if not love. Embracing the fact I’ll mostly be shattered for the next 15 years I shall focus my daytime hours on other things – like finding the perfect under-eye concealer for those shopping bags, or the best facial oil to fake an 8 hour sleep glow.

We may be knackered but at least we have the John Lewis Beauty Hall, right?

4 Ways To Get A Bit More Sleep

Natural Wool Bedding: Can It Help A Knackered Parent Sleep?