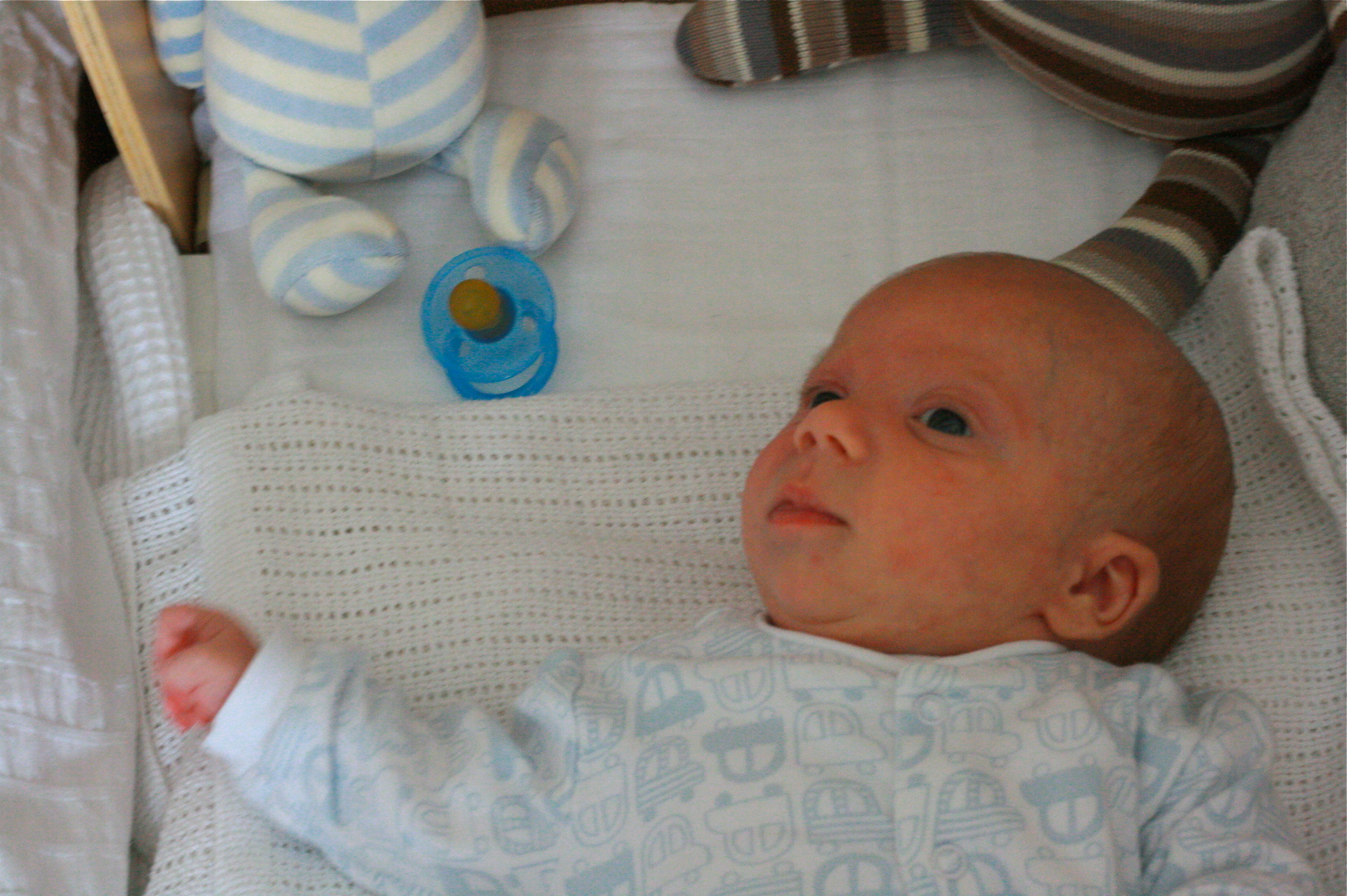 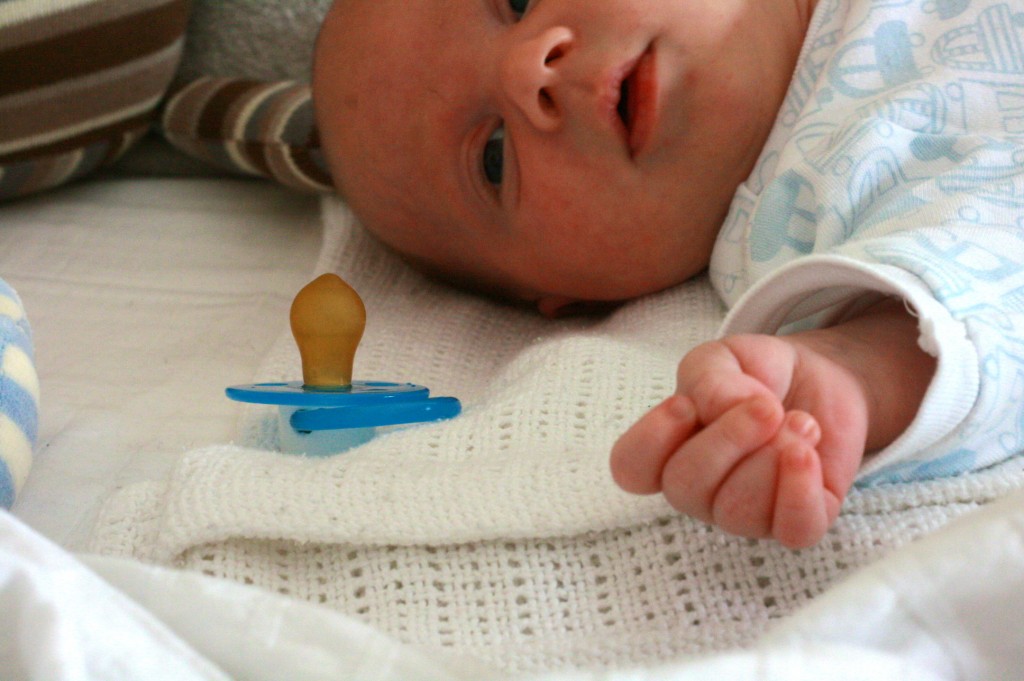 I’m finding myself at somewhat of a crossroads with Hux. He’s a very sucky baby – feeding on demand which is about every 2 hours right now – and I reckon his late night feeds especially have become about comfort rather than hunger.

At the moment I am of the mindset that I will feed on demand for a while longer before I start trying to establish more of a routine. He’s piling on weight so it’s obviously working for him, but little and often feeds aren’t so good for our day-to-day lives. He stretches his feeds to 3 hourly on occasion at night time so I know he is able to go that long.

Recently I’ve noticed that Hux likes to feed himself off to sleep and will find it hard to sleep without the comfort of sucking, particularly at night time. So now I’m left pondering the introduction of a dummy. 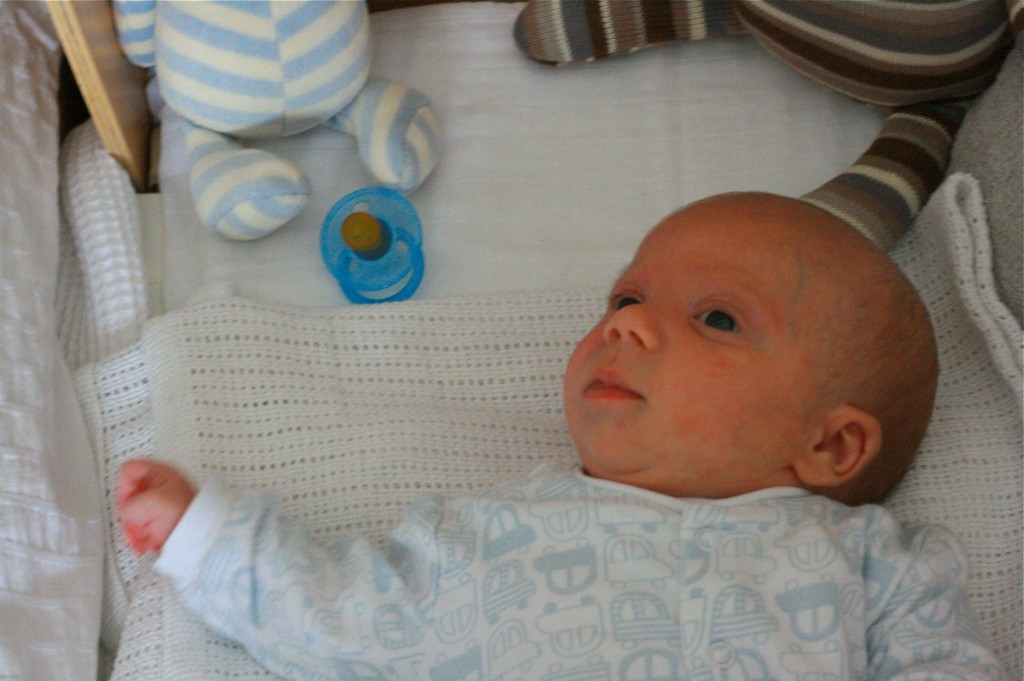 I’ve always been dead against dummies, vile pieces of cheap plastic that they are. Until we realised what an unsettled baby Elfie was, and that if we have her a dummy she would sleep and be happy. So Elfie became a dummied baby, though strictly at bedtime only (you’ll never catch her with a dummy outside of her cot). I’m desperate to wean her off them and will be doing so as soon as she seems more settled; personally I hate to see toddlers and young children running around with dummies in their mouths and I worry about the harm this can do to their teeth.

On the couple of occasions I’ve offered Hux a dummy he has spat it out in disgust, it seems he hates anything that aren’t milk and nipple flavoured. Interestingly he has taken a bottle on a couple of occasions when I’ve expressed and Will has fed him (so I can go to the pub, natch) so I know he is able to take teats other than a nipple. Maybe it’s the size of the teat that offends him? I’m not sure if I should give up on the dummy and go with my suck-hungry baby, hoping he grows out of it, or persevere with getting him to take one.

What would you do?

How I Travel With Kids (Without Losing My Mind)