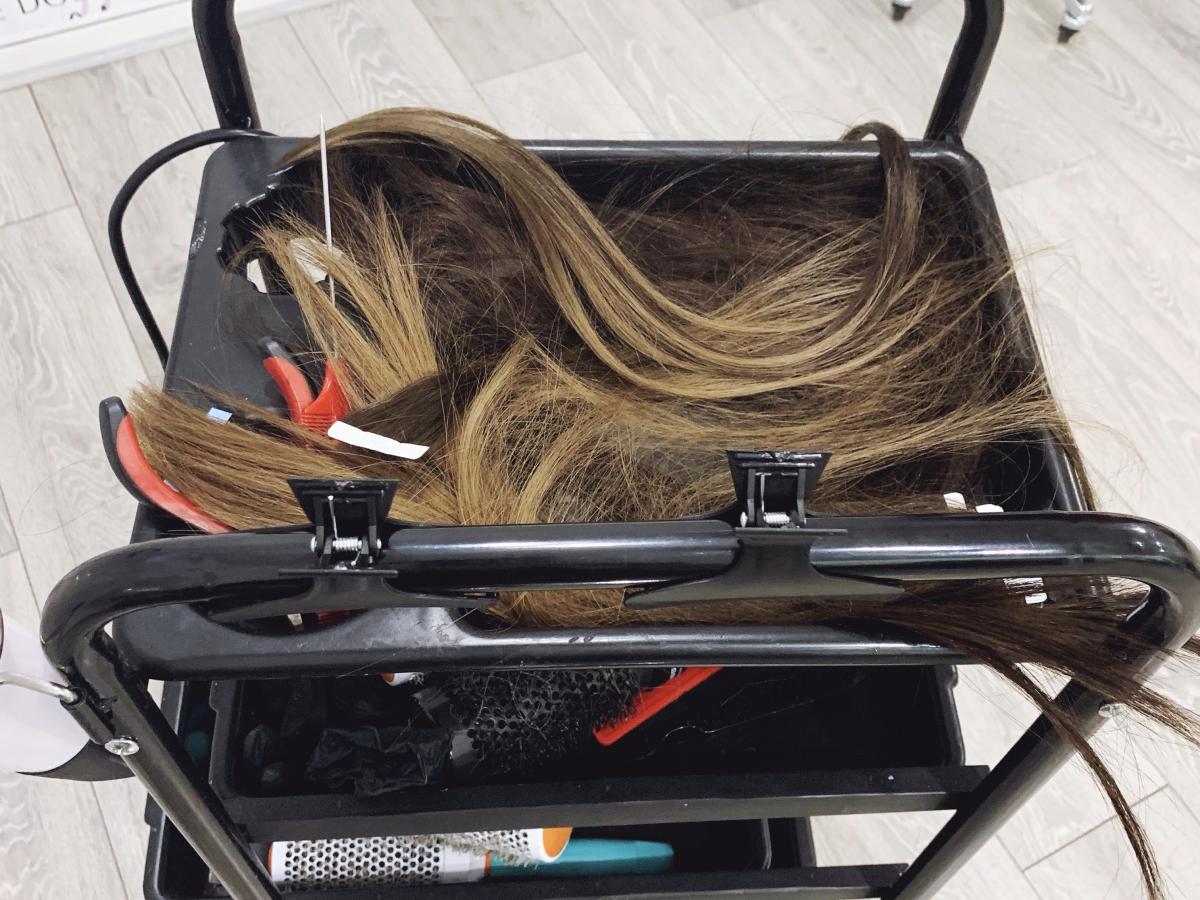 The decision to get tape-in hair extensions was not one I came to quickly. Despite losing half my hair in the last year I still wanted to be taken seriously – as a business person, as a mum, as a human – and for some weird reason I thought sticking someone else’s hair on my head would make that impossible.

I’m not a Kardashian, for gods sake. I have neither botox nor that much body confidence and I totally believed these were two traits of women who had tape hair extensions. These were for women who were way more overtly sexual and attractive than me, surely?

And yet I couldn’t shake how sad my shedding hair made me feel. It might have just been a few follicles that had failed but it felt much more than that, it made me feel like less of a person, somehow. I looked in the mirror and I knew I was the same on the inside, and to be honest only slightly different on the out, but with thinning hair I felt a pale imitation of the person I’d been six months previously. 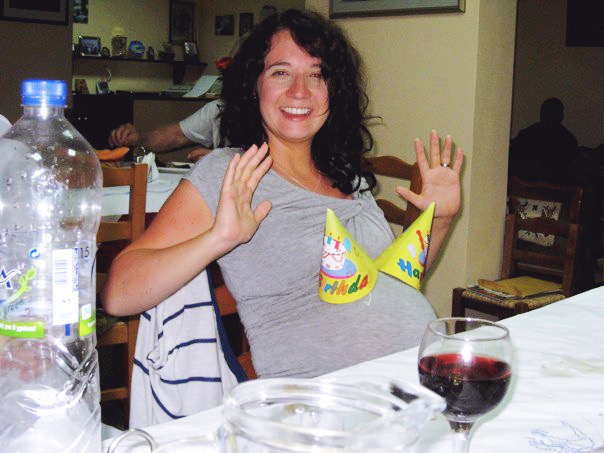 Pregnant with Elfie in 2010 (and humid holiday hair)

My hair has quite literally defined most of my life. I’m a Leo, the fiery star-sign of the big mane, and my teenage years were punctuated by hours of combing through my thick curls with Babyliss steam straighteners (I went through three sets of them from the age of 12 to whenever GHDs arrived on the scene). I spent hours at hair salons requesting straightening perms (remember those?), begging my hairdresser to hack through the bulk with a razor to thin my hair out and, in the latter years when I had a little more available cash, getting keratin treatments.

Even pregnancy and birth did not have a great effect on my hair, and I ploughed into early motherhood with my hair washes planned around the children’s naps.

And then one day, literally within about five months, it all went.

The process of my hair falling out was gradual and something I ignored as long as I could. Having such thick hair I was used to plenty of it coming out when I showered, but it was only as massive great handfuls came away that I started to feel concerned. I kept quiet about it, using the rationale that if I didn’t say the words out loud then it wouldn’t be real, but it was when my mum gasped at my sparse ponytail and asked where my hair had gone that I knew I had to face up to my follicular challenge.

Blood tests revealed it wasn’t hormonal, it wasn’t a reflection of my health, it was just one of those things. One of those really bloody annoying things. 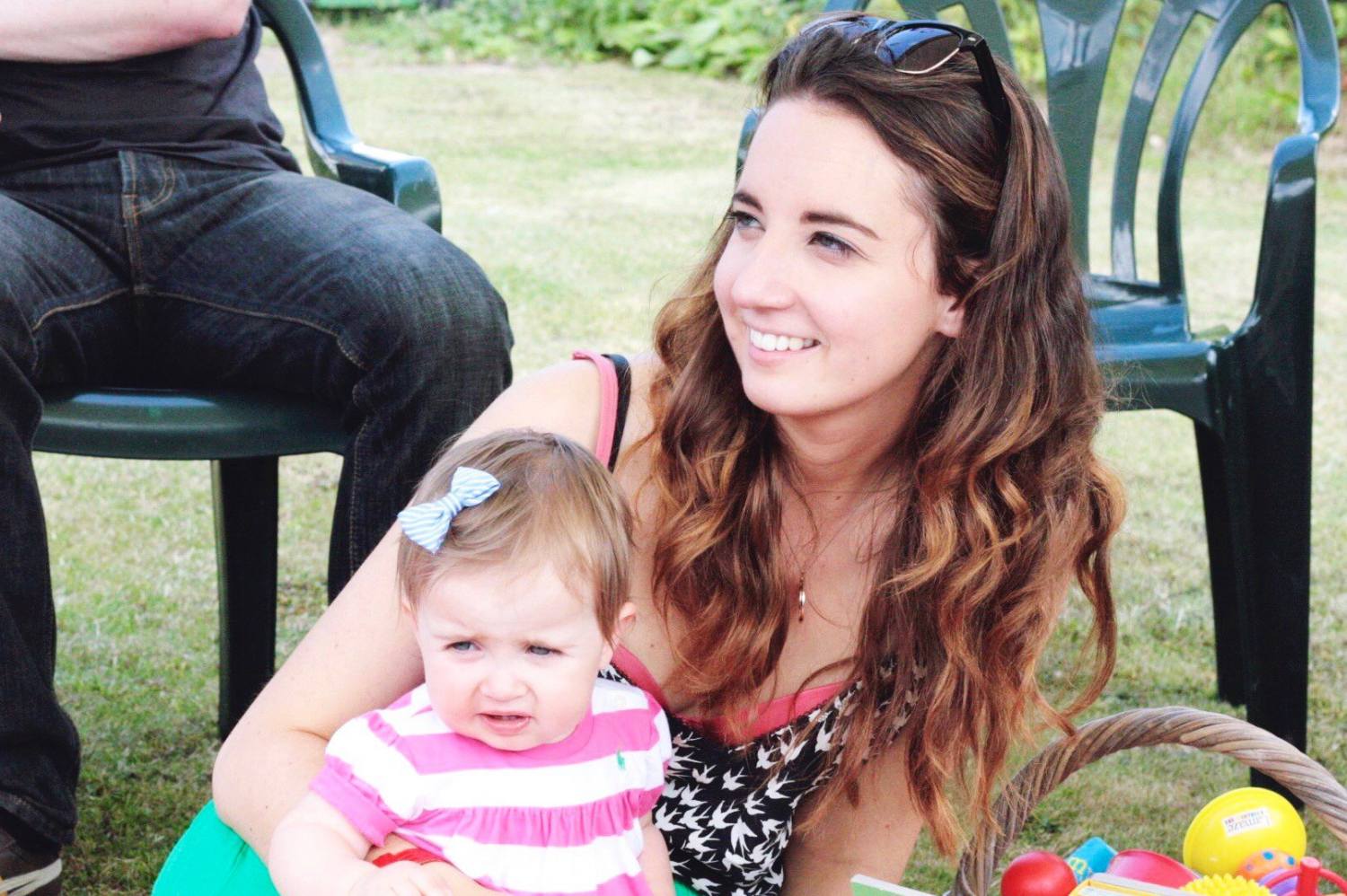 All this hair? It used to be mine

Speaking to Rochelle, my hairdresser at The Dolls House in Milton Keynes, she sympathised: this is something so many of us go through, either post-childbirth, through hormonal changes or when either our health or minds are under stress. She suggested gentle shampoos (I tried THEM ALL! My favourite was Bain Densite from Kerastase) and Biotin, a supplement that helps improve your body’s keratin structure.

She also mentioned tape hair extensions, an idea I completely poo-pooh’d. I’m not a Kardashian, I thought. Excessive cost aside, there’s no way I’m spending so much money on something as shallow as my appearance.

My hair started to wispily grow back, baby hairs giving little glimpses of my former mane of glory, so I continued getting blunt cuts in a vain (literally) attempt at giving the appearance of thickness. 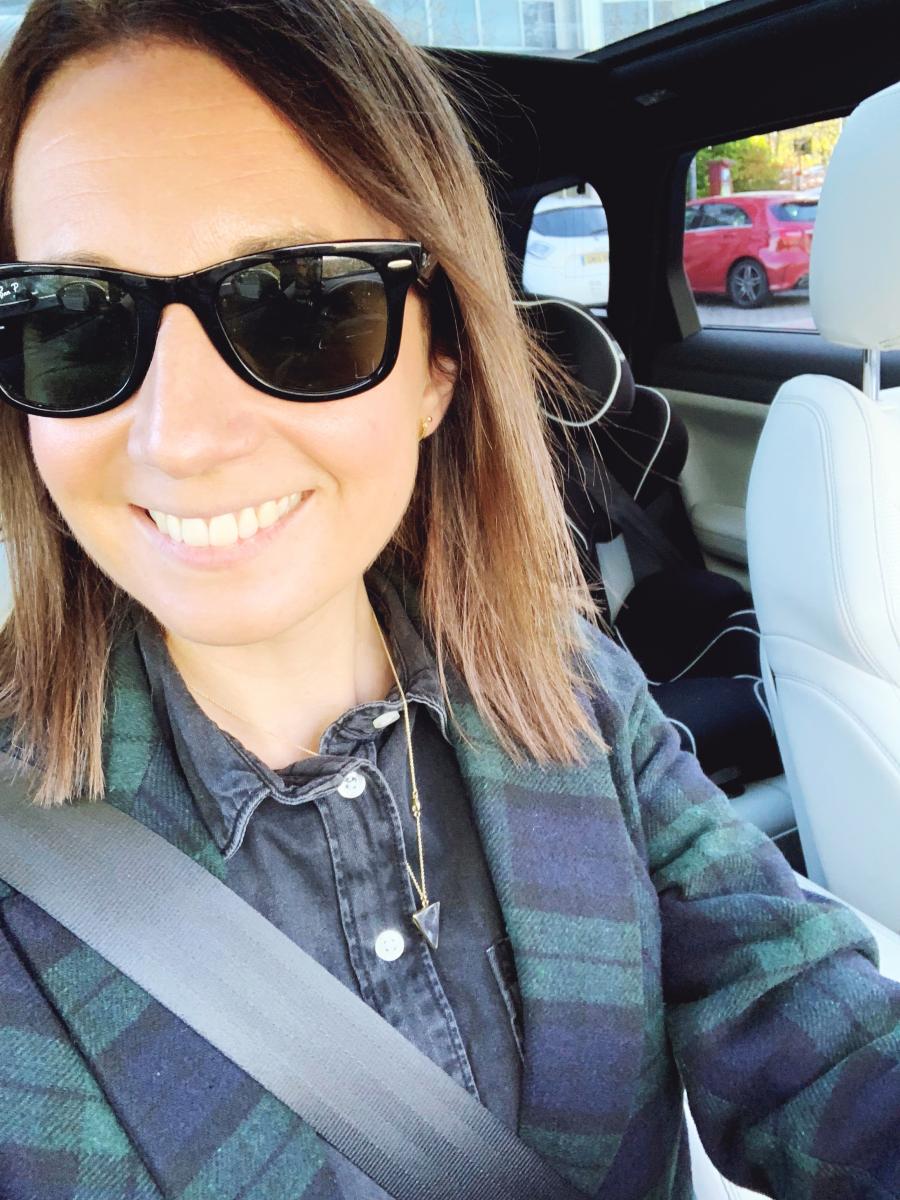 And, though I’d dismissed the idea of tape extensions, I couldn’t stop thinking about them.

I realised how much my hair meant to me the day Rochelle messaged to ask if I’d like to take part in one of her extension training sessions. Acting as a hair model I’d only need to pay for the hair itself and not the fitting fee.

I bit her hand off and typed the date for the appointment in my diary with excited hands. So excited, it turned out, that I wrote ‘2.30pm’ instead of ‘12.30pm’.

When I arrived on the day of my appointment, an embarrassing two hours late, I was absolutely gutted. I got in the car and cried with disappointment at my thin strands of hair, realising that Kardashian stereotype or no I really needed to do something about it. I just wanted to feel like myself again.

I got home, looked at some photos of myself with long hair, cried some more and booked an appointment to have tape hair extensions.

I was going to stick someone else’s hair on my head and I was OK with that.

Next week I’ll talk you through the process of my tape hair extensions and show you the time laps video – of course I took a time-lapse video – of them being put in.

The Key to Victoria’s Secret Hair May Well Be In The Sea: Dermikelp

Dealing With Hair Loss: My Experience Losing My Hair

A Blow-Dry Changed My Life