A Fairy Light Update In The Kitchen

My husband has been reading ‘The Four Hour Body‘ and has been sticking to Tim Ferriss’s controversial diet. This is good for him as he’s wanted to create a healthier lifestyle for himself for a little while now (and I lost three stone on a modification of the diet in 2009) and I love Tim Ferriss’s approach to making over your whole life rather than just your diet as well as his ‘treat days’ (also recommended: ‘The Four Hour Workweek‘). But this diet is very heavily protein-based and involves a lot of pulses but no sugar or carbs, making mealtimes a little difficult in these parts. A typical day on the diet for Will would consist of eggs and spinach for breakfast, a bean salad for lunch and a sausage and veg casserole for dinner, again with salad and beans for a bit of sustenance. It’s a diet honed by years of experimentation and though it may not sound particularly appetising it’s not actually too bad. 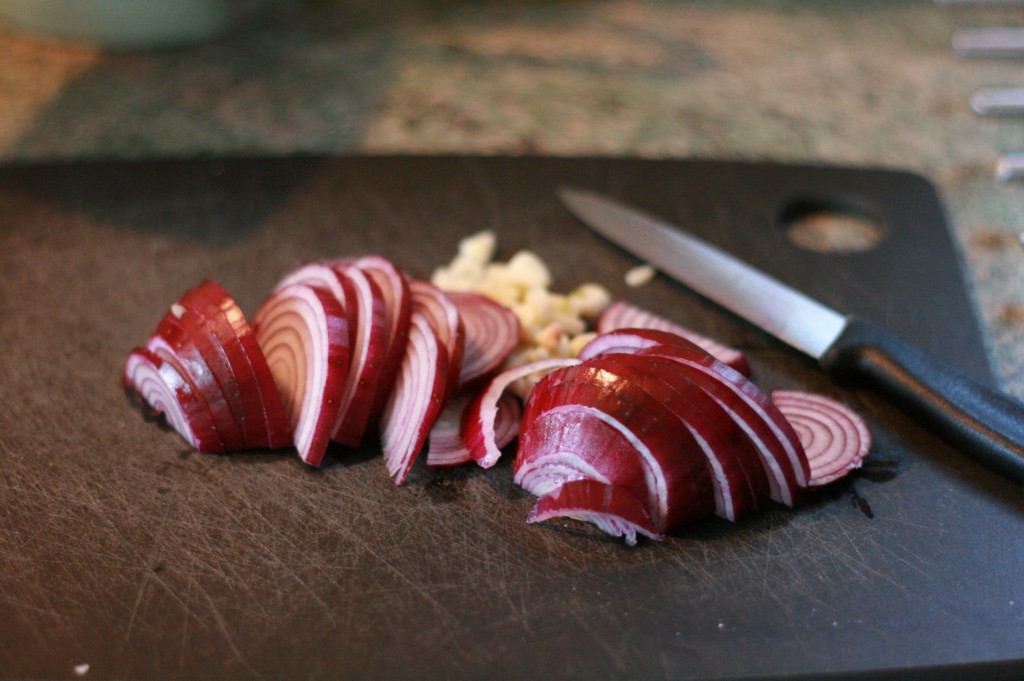 This diet has proven to be a bit of a double edged sword for me. I don’t want to be losing any weight or even paying much attention to it but at this point in my pregnancy with Elfie I definitely ate fish and chips or burgers one too many times just because being pregnant was a good excuse. If I’m cooking fresh food loaded with pulses and veg for Will I have less of a reason to eat crap, and instead will have whatever he’s having with the addition of roast potatoes for example. 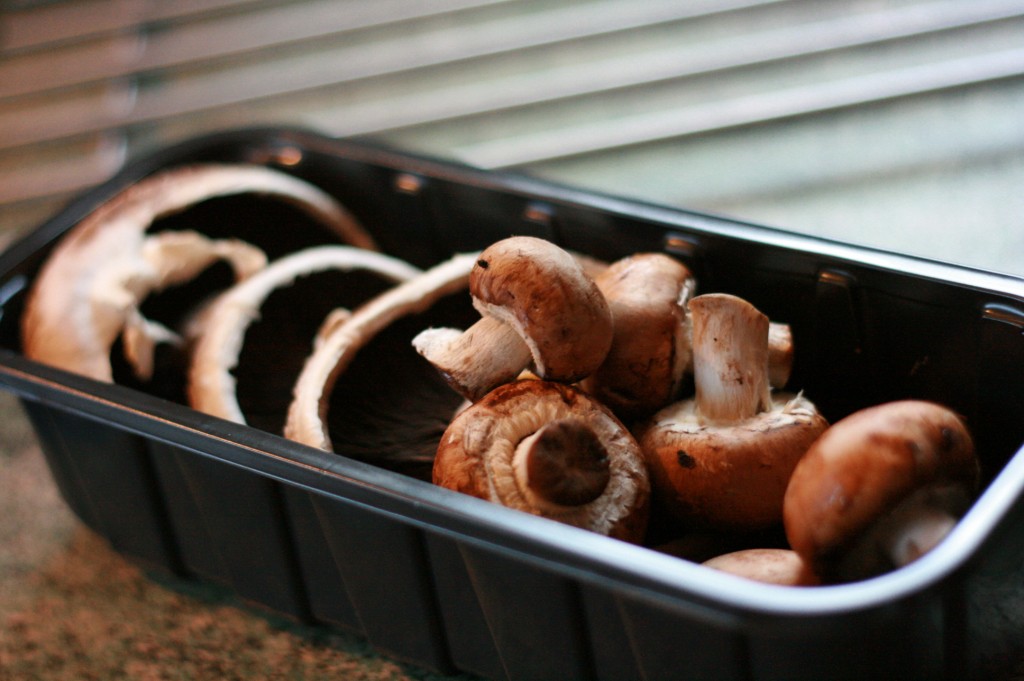 Let’s not mention those occasions where I crave an XL Bacon Double Cheeseburger so much that he drives me out to the service station and waits in the car whilst I cross the motorway bridge to the Northbound Junction 14 Burger King. That’s true love. 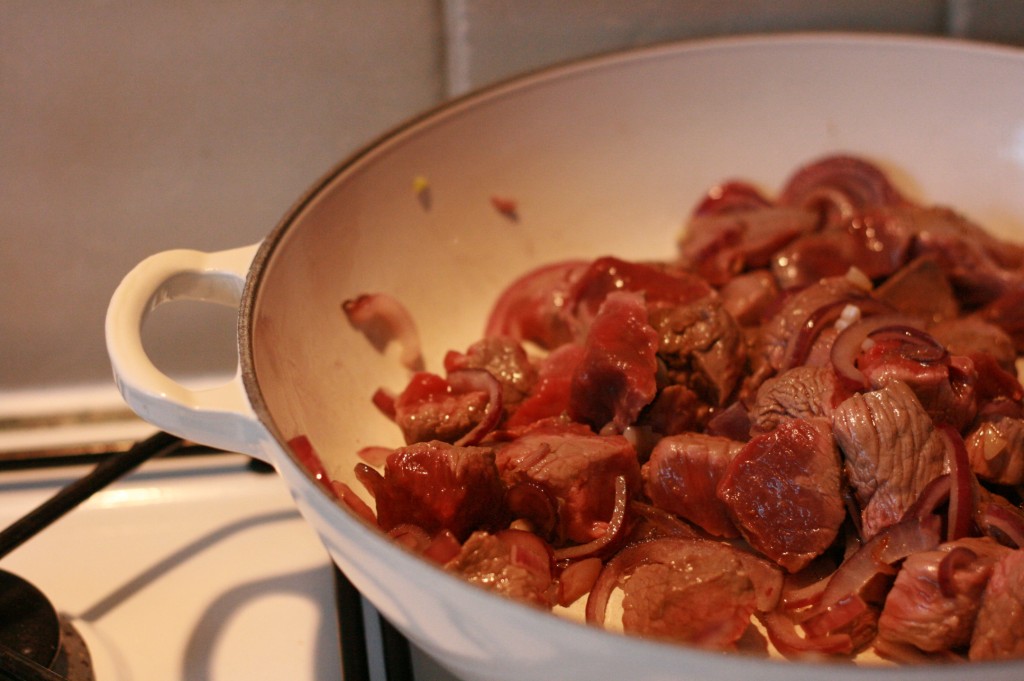 So I’ve been working hard to devise meals that will work for the both of us; Will is such a fan of mushrooms and last week he brought home some knock-down stewing steak that was just about to go past its sell-by date. I decided to cook a slow-braised Beef and Mushroom Stroganoff and the result was so delicious that I’ve cooked it twice since. 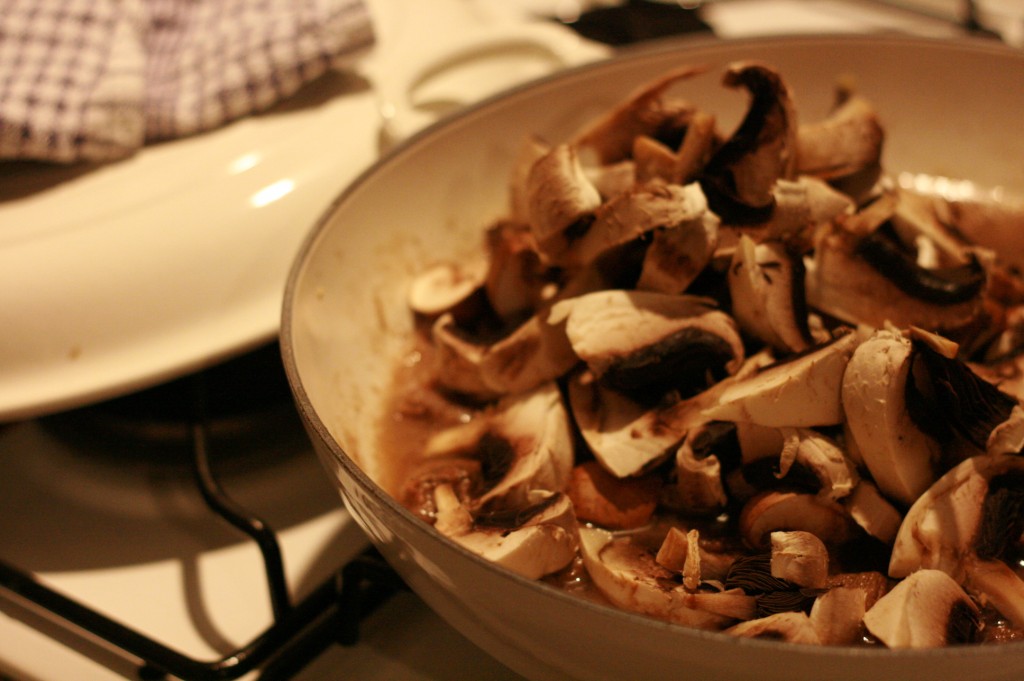 I serve mine atop a crispy buttered jacket potato (hence the appearance of all that butter in the picture above!), but Will gets his with some spinach, extra mushrooms and whichever other random greens may be in the fridge. 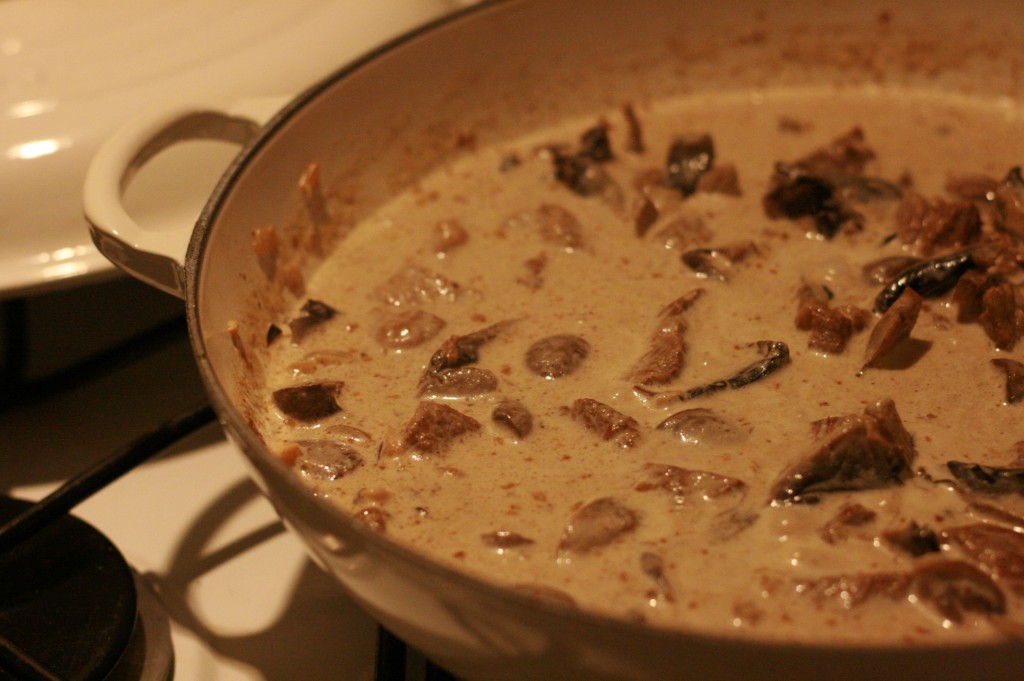 Slow-Braised Beef and Mushroom Stroganoff
Print
Prep time
10 mins
Cook time
2 hours
Total time
2 hours 10 mins
I used some crappy low-alcohol cider in my recipe that we've had in the pantry since the start of my pregnancy; if you don't have any cider then substitute for white wine or even beef stock.
Recipe type: Main
Serves: 4
Ingredients
Instructions
2.2.1