Crafting With Kids For The Unskilled: #PrintingDory

When I thought about travelling alone to Mark Warner Lakitira Greece with the kids, I wasn’t too concerned. Despite murmurs from friends and colleagues of “you? Just you? You and the kids?”, the solo aspect didn’t worry me. I spend a lot of time on my own or just with those two and it suits me: I appreciate my own company and feel I need the headspace to decompress from my busy life.

The logistical side of the holiday – now that I was worried about. I wanted to make sure I had enough hands and arms free at all times to keep everyone safe and happy, so planning the juggle of luggage and transport was my number one concern.

Once that was sorted I felt I was home free. I co-ordinate our daily lives at home with no problems and didn’t think doing the same in a foreign country would be too much of a stretch. And I was right: our little three operates so tightly that adding a touch of sun and a lot of excitement didn’t have any detrimental affect. 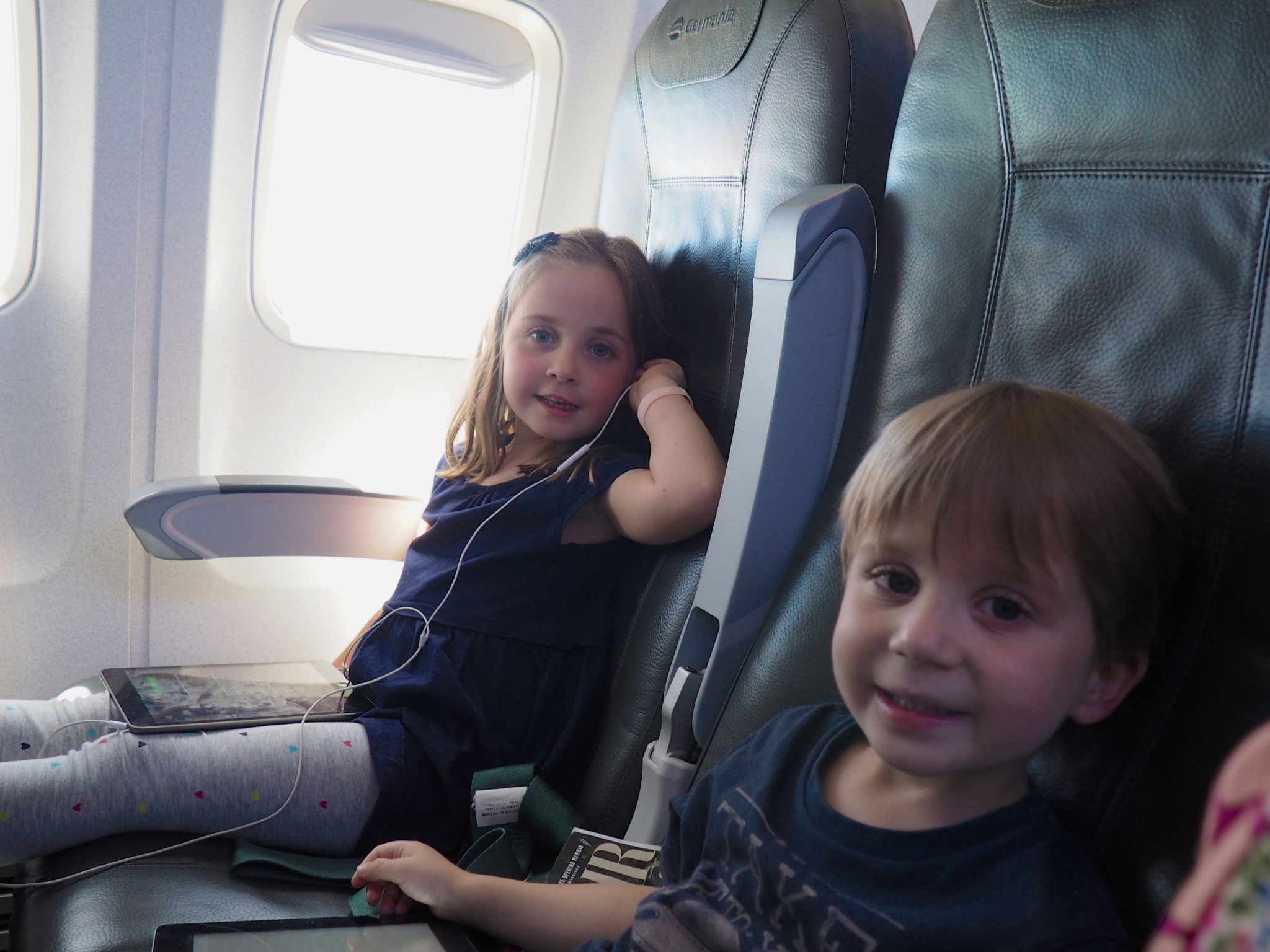 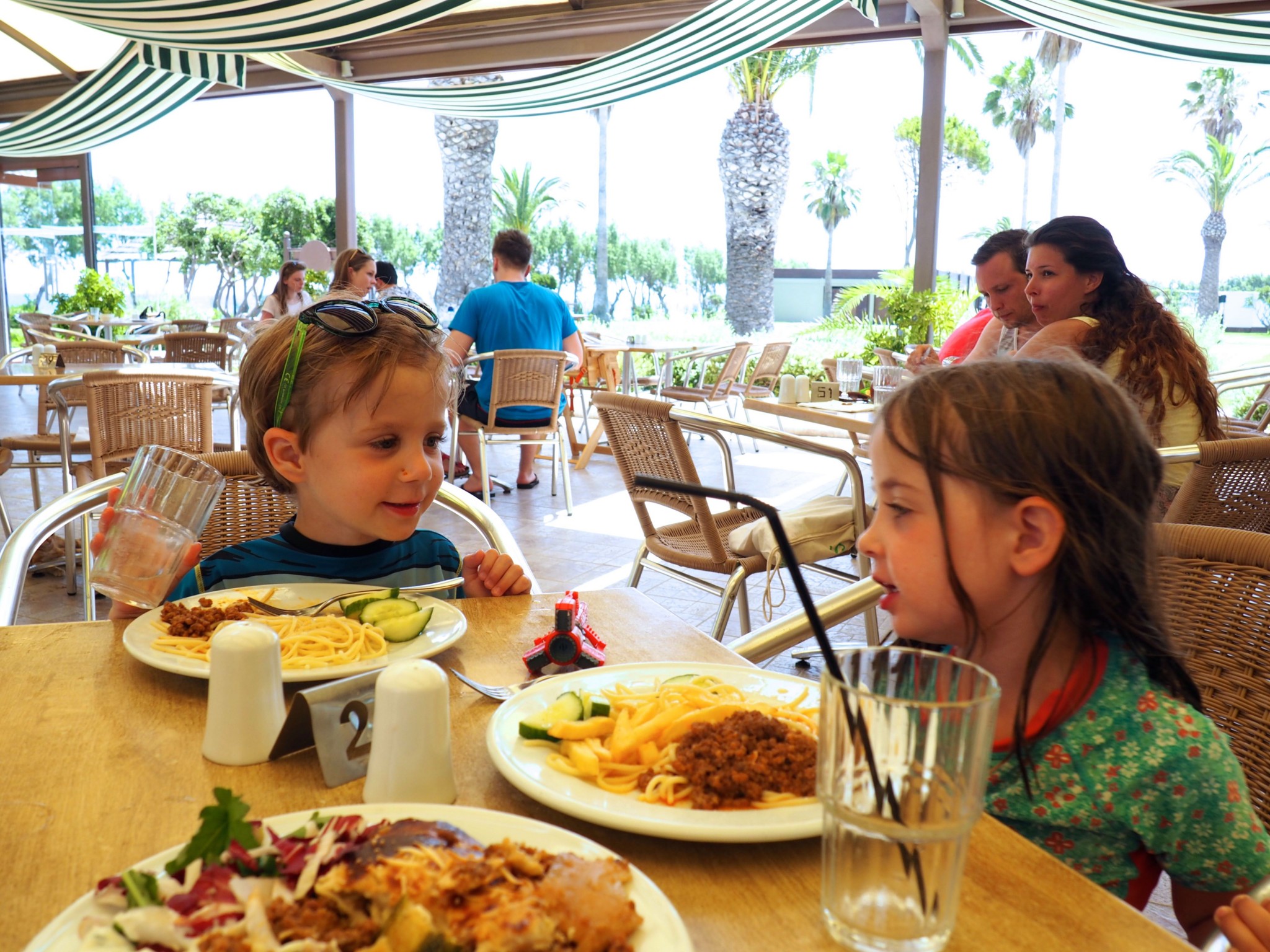 But I have to admit, the way our Mark Warner holiday was ran was a big part of that. The children and I had some incredibly special times together, but there was also the benefit of three hours of kids club a day, plus an optional evening babysitting and film club in conjunction with an early kids-only tea, meaning the grown-ups (i.e. me and my potential new holiday friends) could relax and enjoy our a glass of wine together.

When we arrived at the resort I felt a little like a fish out of water. The place was over-run with families, families that included mums and dads, and there was me, just a mum with my mini brood of two. I hated myself for feeling this way, but pondered if the other mums would be looking at me and wondering where Dad was.

I soon got my head out of my arse as I got chatting to the other parents, and almost immediately I had a date for dinner and wine that first evening. That was my one and only big wobble – sitting in the bar alone that first night, waiting for my first holiday friends to meet me there – I felt conspicuous and very very alone. What if they didn’t turn up? What if they don’t like me? What if nobody else speaks to me?

However, all thoughts of my tragic single status went out the window as I shared a couple of bottles of wine with Zoe and her husband, and the fact I was the last person to pick up the children from the evening club that night speaks volumes about how much fun was had. 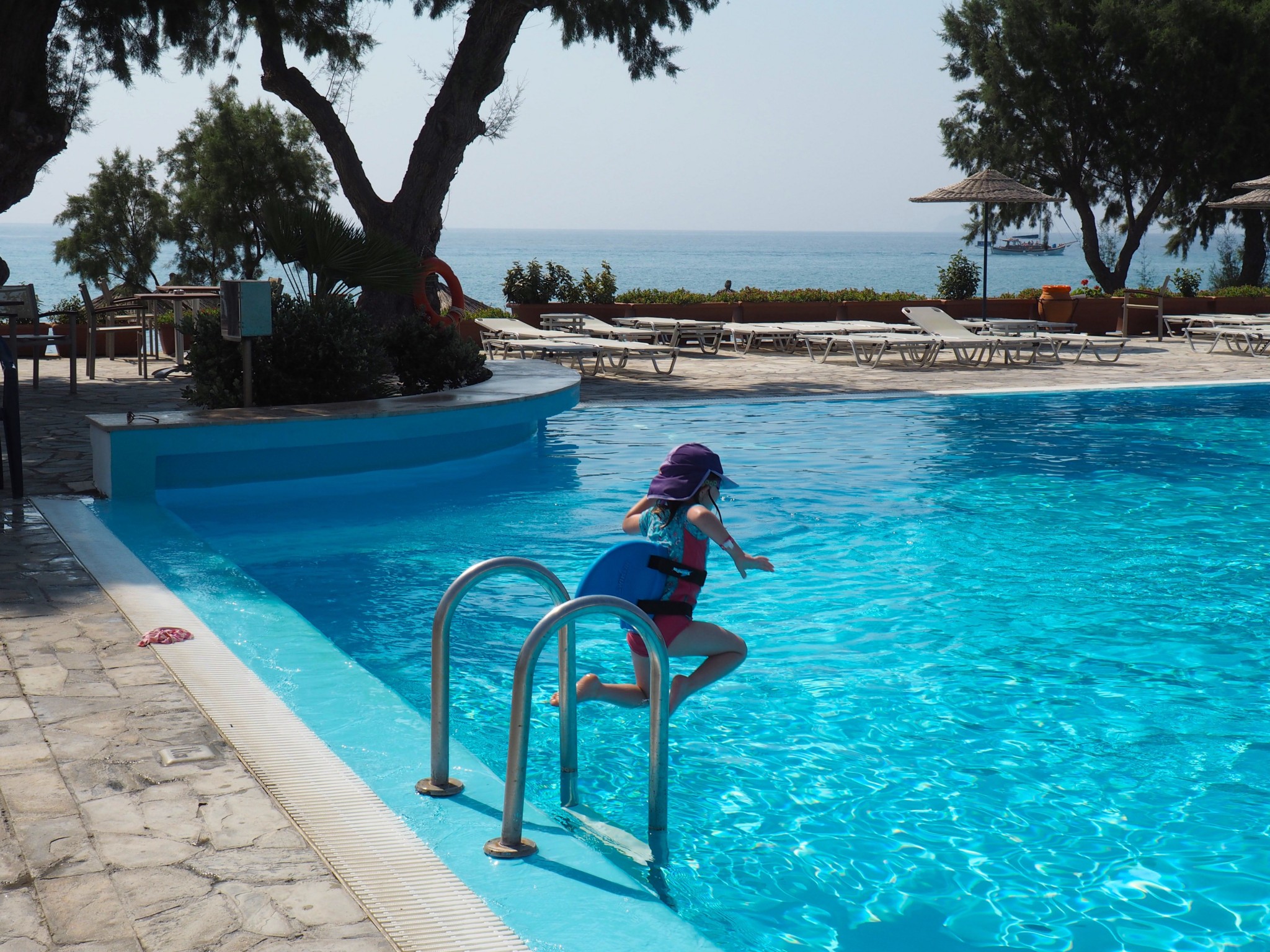 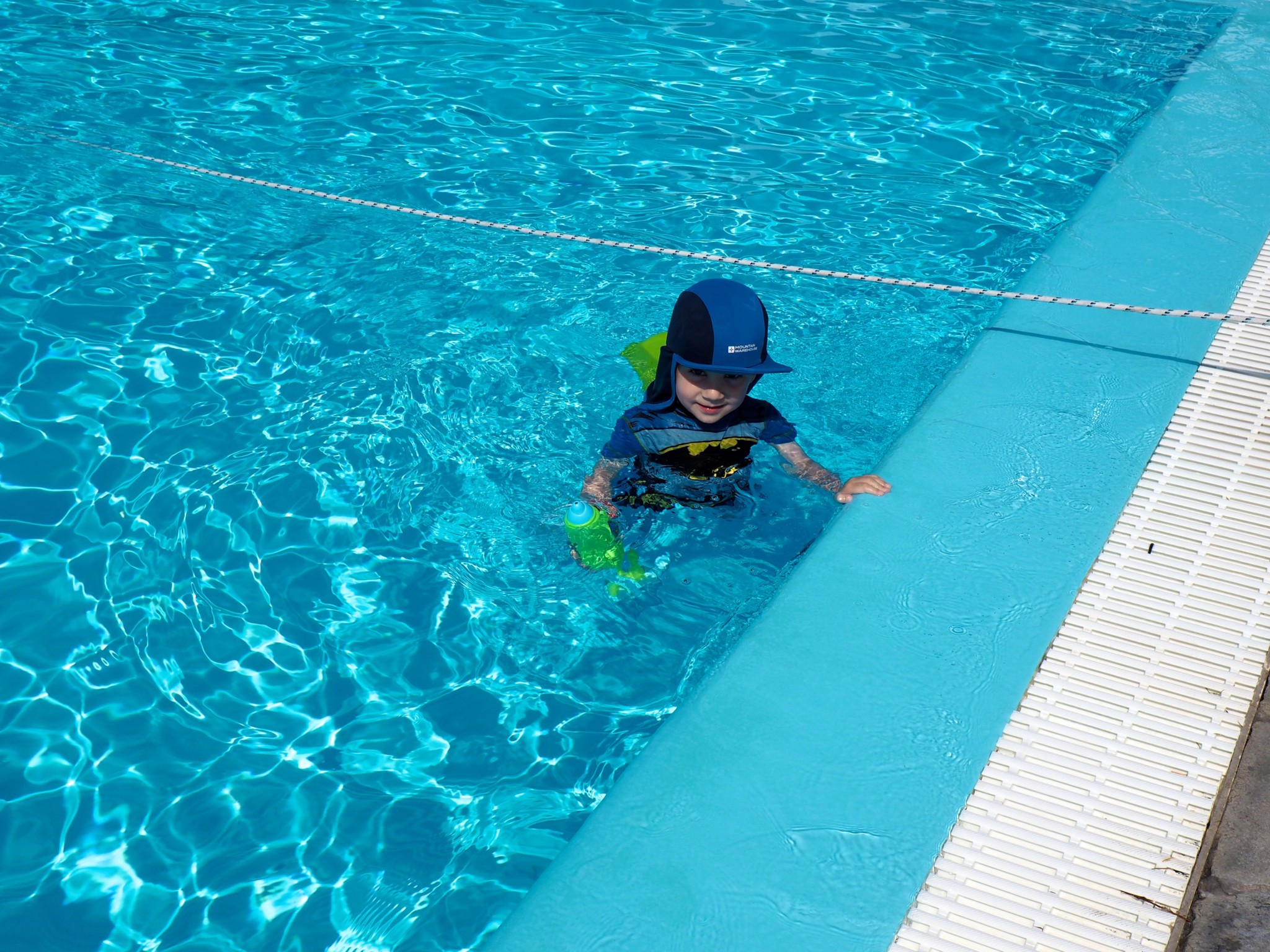 The next evening I had an invitation to the Mark Warner ‘solo travellers social’ (or as I termed it, the ‘sad singles dinner’ ;) I turned up after dropping the kids off, not really knowing what to expect. I wondered if it’d be a long table of awkward weirdos making small talk and sipping non-alcoholic cocktails (because apparently in my mind awkward weirdos don’t drink). Instead it was a feast of wonderfully vibrant individuals, who just happened to be holidaying alone! There were other single mums, an older mum who’d come to visit her son working at the resort, a couple of ladies who’d left their husbands at home and bagged a last-minute deal, a dad treating his daughter to a post-GCSE holiday. Not a weirdo in sight! Again we spent a thoroughly enjoyable evening putting the world to rights.

From then on in I was almost too social. I had friends to chat with around the pool, friends to natter with at the breakfast buffet, friends to bond with over cocktails and wine. Not once did I long for any adult conversation and connection – I was delighted to be holidaying with people just like me.

And it wasn’t just singletons I became friends with. Throughout the course of the week I became chummy with a couple of couples too, and we developed the loveliest routine of meeting up as a group each evening at the beachside cocktail bar. 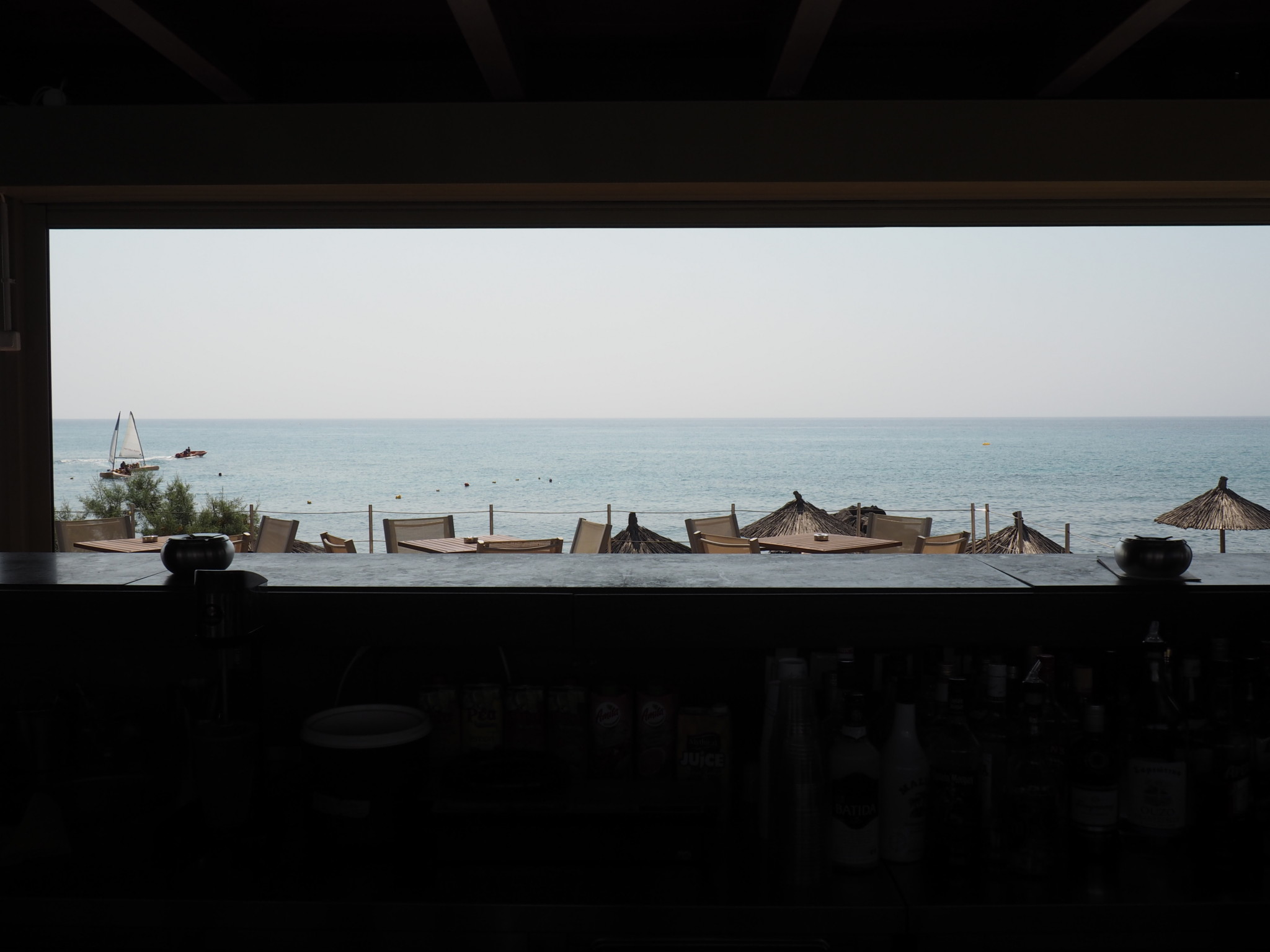 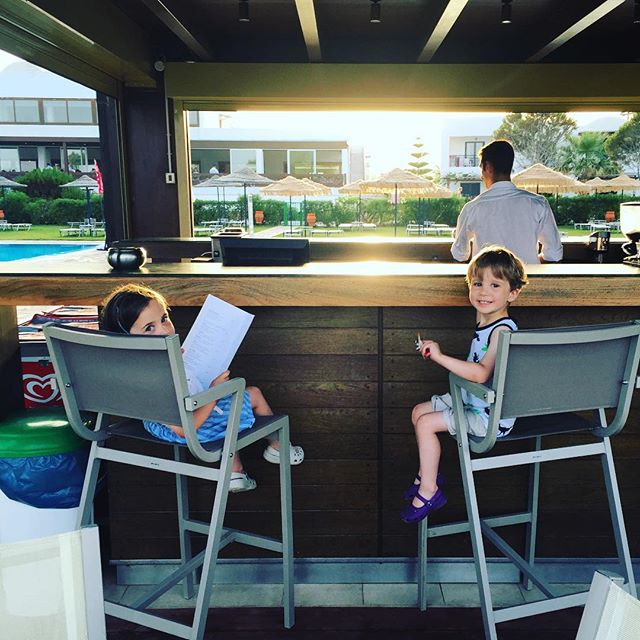 It wasn’t all about the single time for me though. One of the magical things about our Mark Warner holiday was the flexibility to fit our time as a family around what suited us, and so it was totally acceptable for children to be present at the evening meal if you wanted.

And so twice the children and I dolled ourselves up and proudly strode to dinner together, starting with mocktails in the cocktail bar and moving on to the restaurant for a lovely meal together. I had a bulging handbag on those evenings, though: 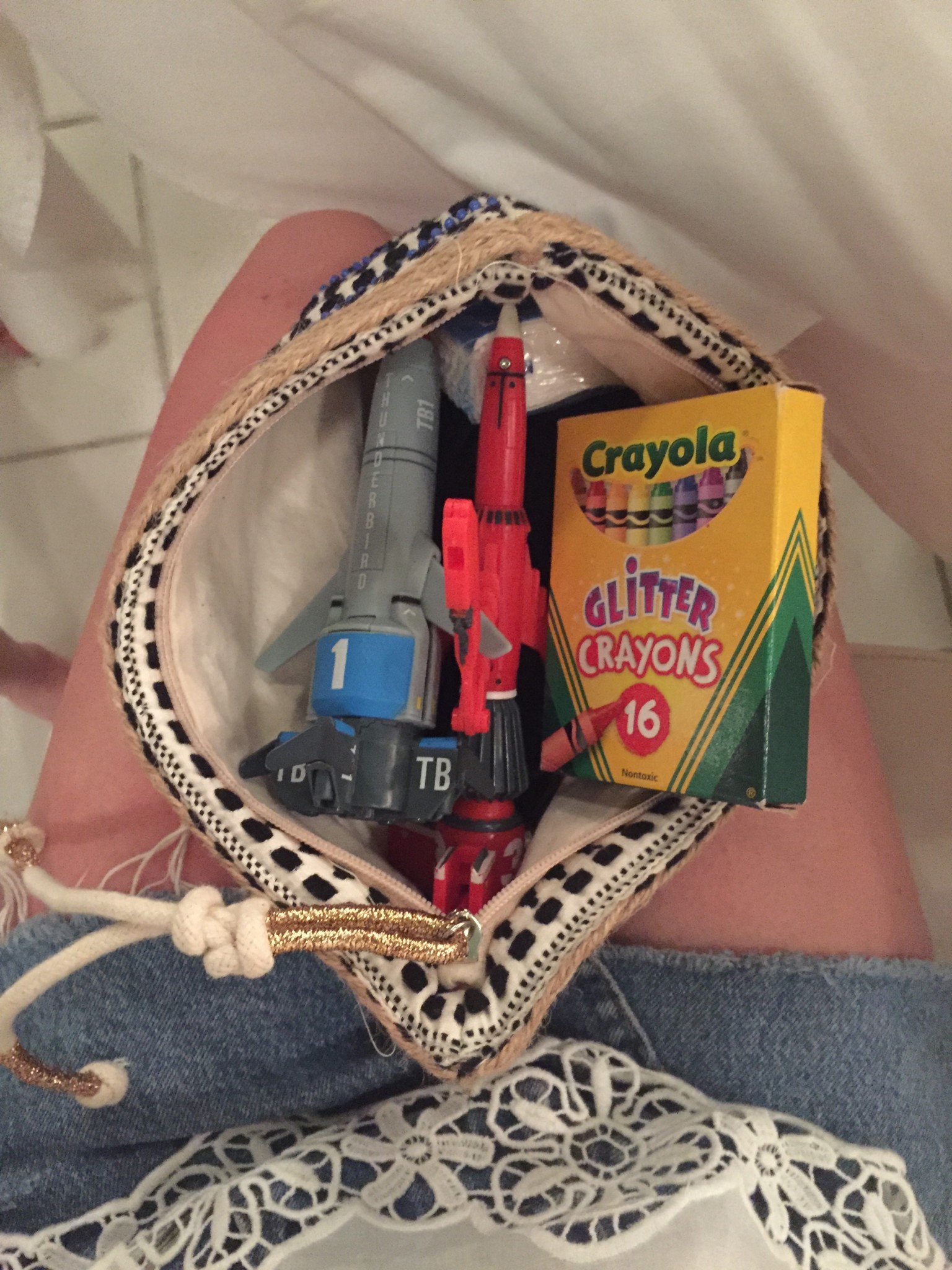 There were a couple of single person logistical considerations when it came to our holiday, however. For example, when I picked my sleepy children up from their camp beds at the video club at 11pm it was a good five minute walk from the kids club through the hotel grounds to our room, so I’d generally have to wake one of the children to walk while I carried the other. By the end of the week the nannies were helping with this though, and it was great to not wake the kids to put them to bed.

How I Travel With Kids (Without Losing My Mind)

Meal times could get a little tricky, too. All meals were buffet-based, and as there was one of me and two of them I would oftentimes find myself juggling plates, trays and glasses for everyone. We got into a routine of me loading up a tray with two plates and the children’s drinks, filling them with their desired food and settling them into their breakfast, lunch or dinner table. Having had a good peruse of what was on offer when I collected the kids meal, I’d then swiftly dive back into the buffet to load my plate as quickly as possible so the children weren’t alone for too long.

By the third day we’d met enough families for me to know at least one person within a 10 metre radius was keeping an eye on the children while I made my 30 second food dash, but I wouldn’t have wanted to leave the children unsupervised if they were much younger. 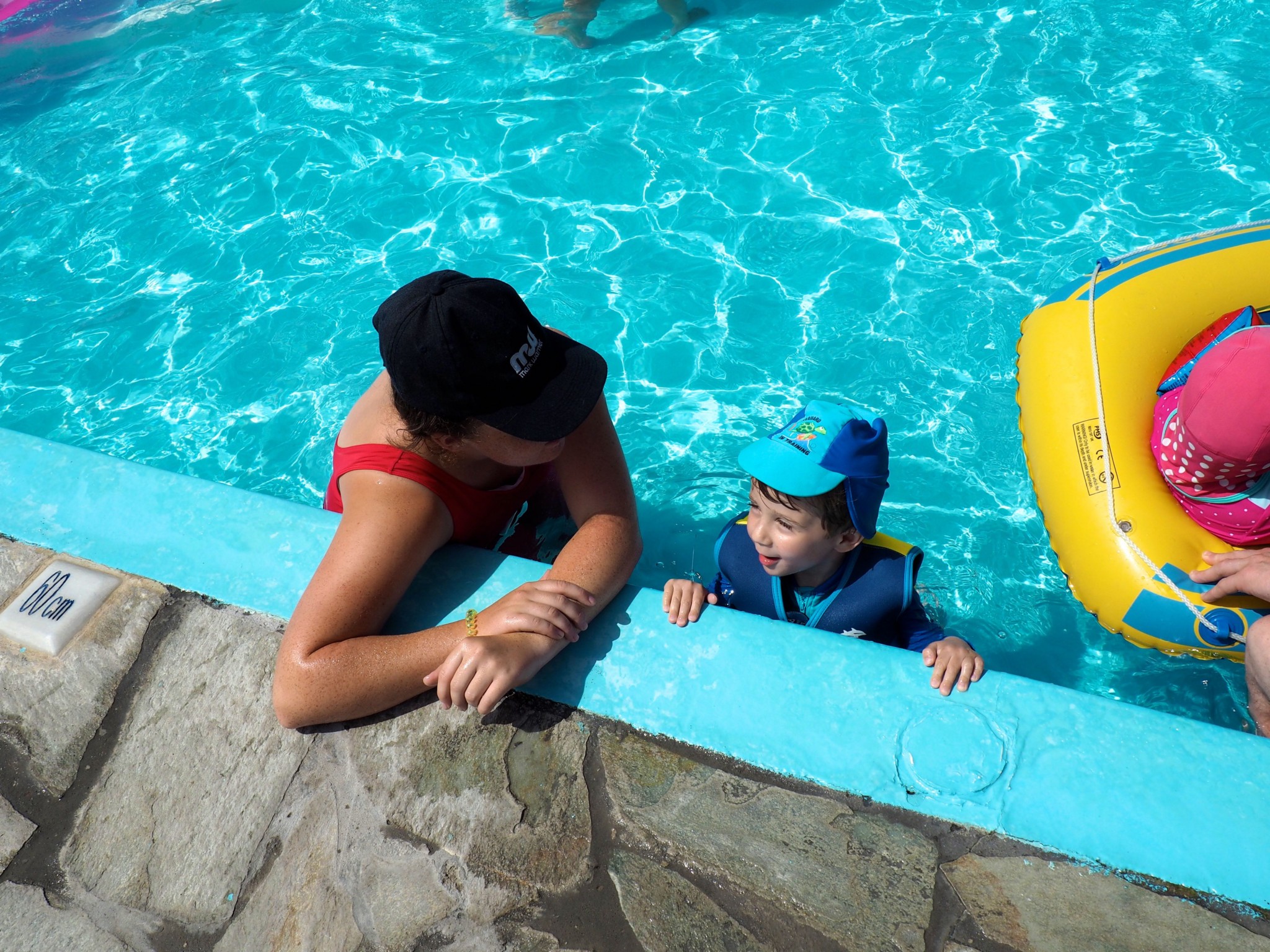 I’d also have to moderate the kids’ behaviour by the pool, too. Elfie is a strong and confident swimmer with Hux a lot less so, and the adult pool got very deep very quickly. As I only had one set of eyes as a rule we were all either in the baby pool or all in the adult pool together, which I think frustrated Elfie’s urge to swim like a fish. But by the end of the week she’d made fast friends with Harry, a watersports-mad 14 year old from Swansea, and he loved swimming with her which I think assuaged her baby pool frustrations a little. 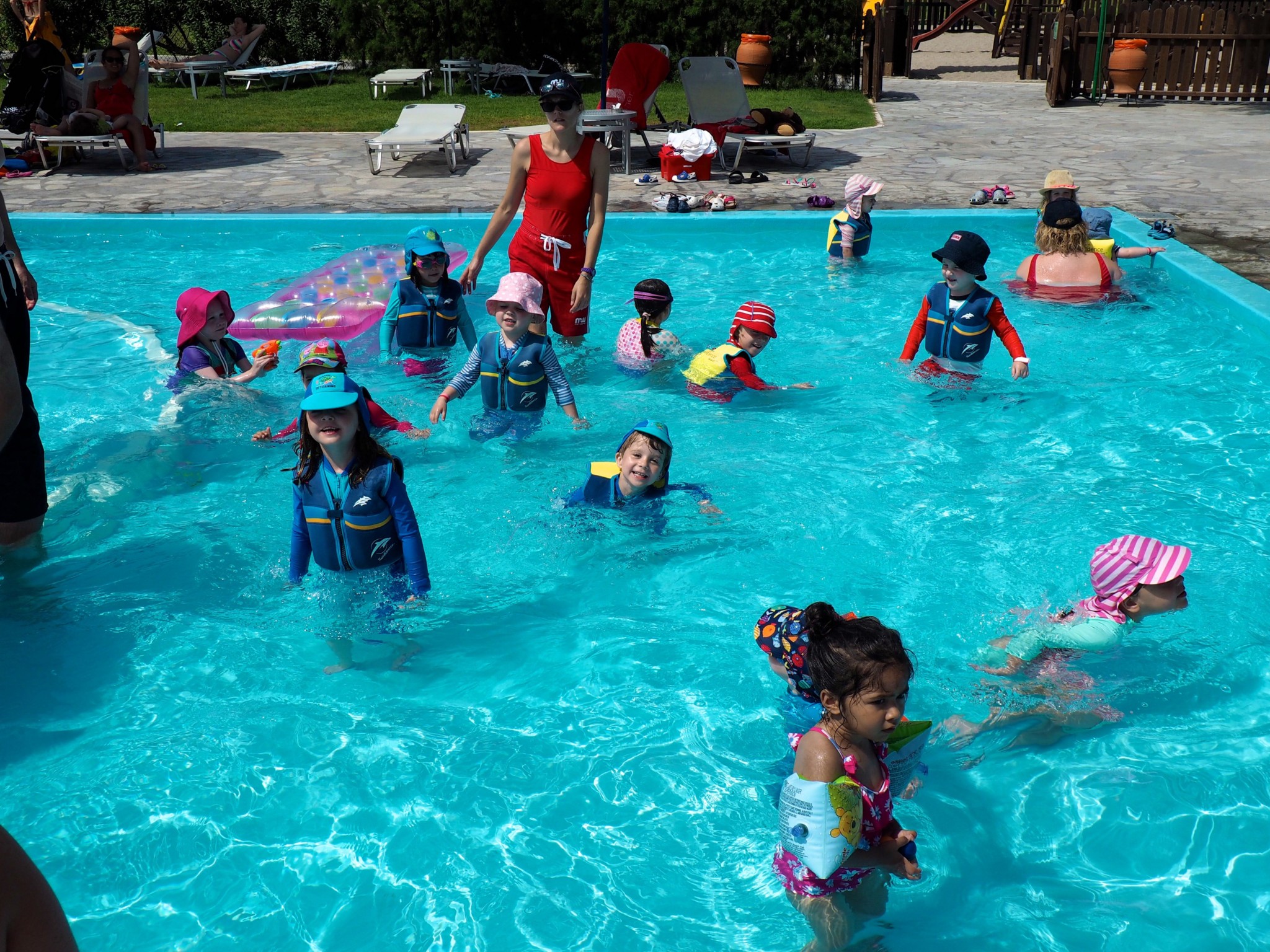 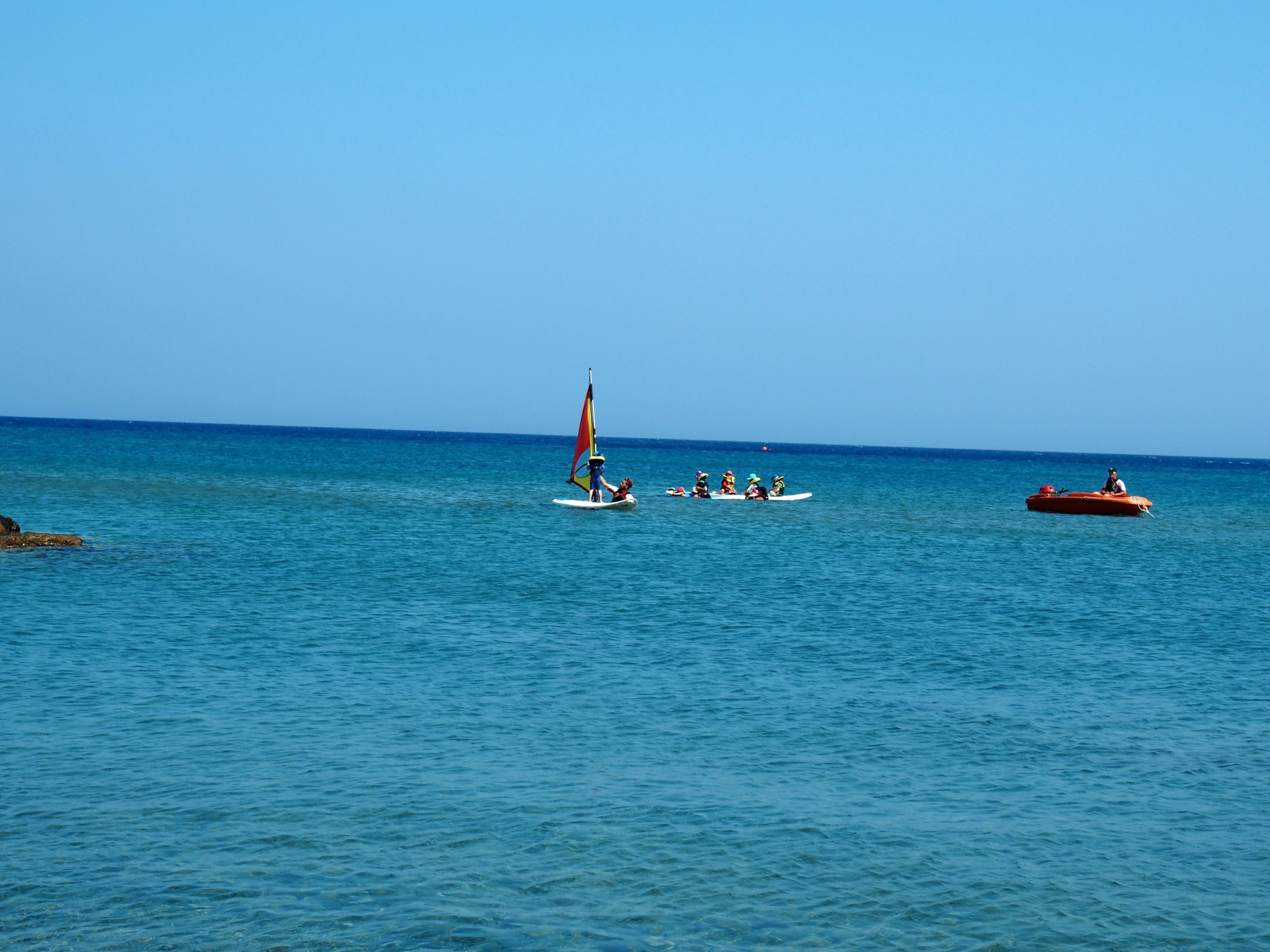 The thing that really made the holiday for me – and by the sounds of it, the other parents – were the Mark Warner nannies and the activities they put on for the kids. Each child had a British, UK-qualified keyworker; my two had the same, Anna, who was simply wonderful – a slightly younger and more northern Mary Poppins. I had absolutely no qualms about leaving them at the club, they’d return to me full of stories about sailing, windsurfing and swimming. Hux still talks now about when he lost his sunglasses off the side of the sailing boat and one of the safety boat men (there are TONS of people looking after the safety aspects of the watersports) went snorkelling to try and find them.

I really felt Anna immediately bonded with the children, she cared about their wellbeing and happiness and in return they loved her right back. I may have had felt a little emotional when it was time to say goodbye at the end of the week… 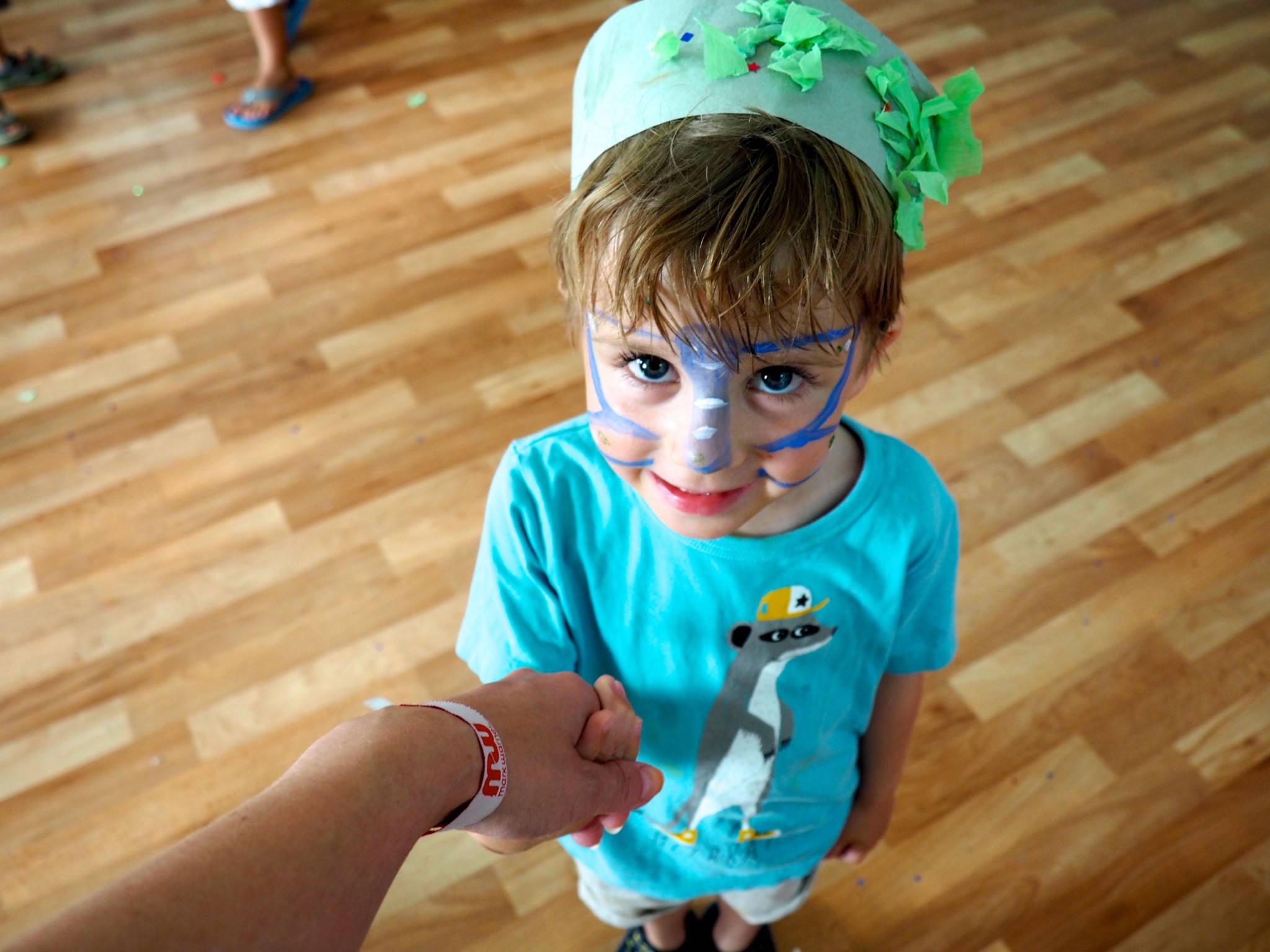 The kids club was housed in a large nursery/preschool-type space that felt very familiar to my two. Aside from the many outside activities they did every day, it was great that a couple of hours of indoor activities (including reading, writing and art) were provided so the children could spend fun time out the sun. Despite being fully factor 50-d up with head to toe swimsuits, that sun is hot and a break did everyone some good.

As a single parent, this holiday could not have been more enjoyable for me. Not only did I feel like I shared some incredibly special moments with my children, but I got to be me too, which felt like a really rare treat. Yes, I had the odd thought that it would have been nice to share a place like that with a partner, but not once did I feel sad about my lack of husband. The environment allowed me to confidently relax in the knowledge that my children were being well-looked after, and I was so happy and laid-back that this made our time together all the more wonderful.

I will, without a doubt, go on another Mark Warner holiday. Whether that’s solo again or with a partner, the set-up can’t be beaten, and I’m still hugging happily to myself the precious memories we made during our week at Lakitira.

How To Pack For Your Kids To Go On Holiday

I Know I’m Prone To Exaggeration But That Was The Best Holiday We’ve Ever Been On: Mark Warner Paleros

How To Get a Summer Glow (Without a Smidgen of Sun)

The Best (and Quickest!) Way To Double Cleanse