It took a long old time for me to find my groove when I first became a mother. At first I was a bit shellshocked; unlike work, there’s nobody there giving you appraisals, nobody telling you that you’ve done a good (or even average – average would do) job at the end of every knackering (24 hour) working day. It’s relentless and hard and you don’t get paid for it (unless you have a nice maternity package. I didn’t). I didn’t know what to do with myself for the longest time – I wasn’t satisfied by motherhood, no matter how I tried, yet going back to work in London just wasn’t feasible. In my opinion, and this may not be right but it is what it is, because I had the means and was able to be at home with my children that is what I thought I should do. And so I looked elsewhere for the gratification I felt I was lacking.

I found it in starting a freelance business, taking something back that was just for me, and expanding this blog. It took a while to settle into my new life though, and it was only in the last year that I have managed to feel comfortable again with my new role as mother and part-time consultant. And I still struggle, there are still days I doubt myself and minimize my acheivements, wondering at my direction in life. These get fewer as I get older and more confident but they still happen. Plus there’s the guilt – oh! the guilt. Do I work too much? Not enough? Should I be working for someone else? Not at all? Who knows? But I do know this: guilt hits every aspect of your mothering and indulging it does nobody any favours. And here endeth my Monday morning life seminar, ahem. 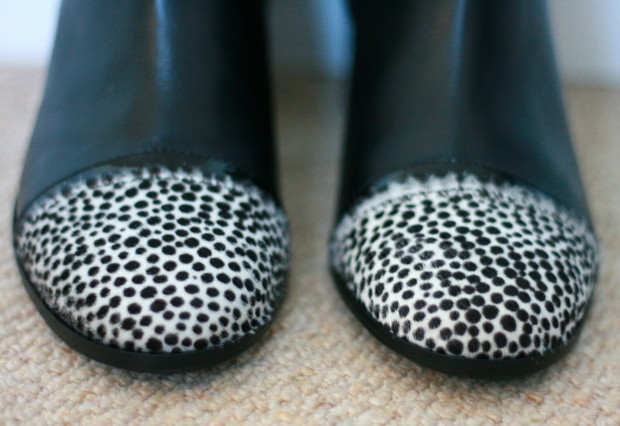 Nothing inspires me to strive more in my own life than other women’s stories. Inspiring women, who have had a dream and have done everything in their power to make that dream happen. Women who have built businesses from the ground up, achieved what others can never imagine.

One of these women is Sigrid Gelati who spent her whole life dreaming of being a shoe designer. Having studied History at LSE she went into Merchandising for a make-up brand but the dream wouldn’t die. In her spare time she took some classes at Central St Martin’s and with the support of her family spent every free second she had working on her shoe business. After years of hard graft and hopes, last year Peponita was finally born and Sigrid’s first shoe collection sent out into the world. 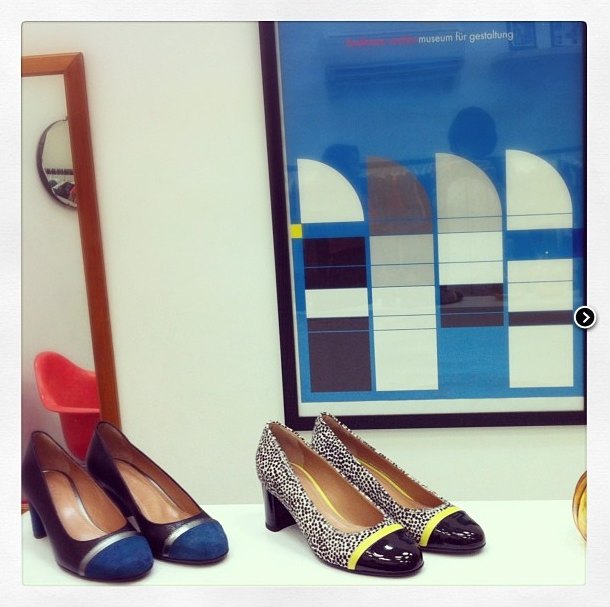 I had the pleasure of chatting to Sigrid’s mum Myrto over tea at Dean Street Townhouse a couple of weeks ago so I could learn all about Peponita. Because, really, when someone asks if you want to get together and talk about shoes for a couple of hours it’s a no-brainer, isn’t it?

Peponita was a childhood nickname for Sigrid and it translates to ‘watermelon’ in Spanish.  This is just one of the lovely personal touches evident throughout the Peponita experience; a watermelon design is used throughout their branding and on Peponita’s beautiful packaging. It’s a real family business with Sigrid’s mum Myrto heading up a great deal of the promotion of the brand and the studio based at the family home in Muswell Hill (and I must say, she looked brilliant in the Pimlico Dot shoe when I met her in Soho). All shoes are named after areas of London – you might want to wear the Hoxton, the Brockwell or the Marylebone? 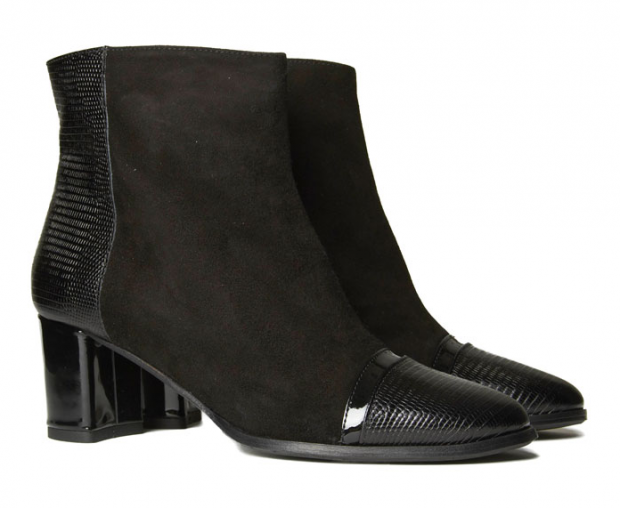 Each and every shoe in Peponita’s collection has been designed thoughtfully by Sigrid. Comfort, style and wearability are the cornerstones of Peponita (no heels exceed 6cm – music to my ears) and this is evident in their design. Sigrid has designed all the shoes with not only herself but other women with in mind, and she says that she would wear them all!

The craftmanship in these shoes is just incredible. They’re made in Italy by a family who have been crafting footwear for 5 years and you can almost smell the quality of them (in fact, Myrto says she quite often catches customers whiffing the beautiful leather). My mum, a veritable shoe snob, was amazed by how beautifully put together the shoes are and I must agree – they’re gorgeous.

Sigrid cites Bauhaus design as one of her biggest inspirations and with a German father who works as a designer I can see why. She likes a ‘vintage with a modern twist’ style and you can see that not only in the design of her shoes but in the styling of Peponita’s beautiful pop-up stores. One was held at Columbia Road last year and was a roaring success and you can currently visit Peponita (you should!) on the beautiful South Molton Street in Central London where they’ll be selling their shoes until 27th February. 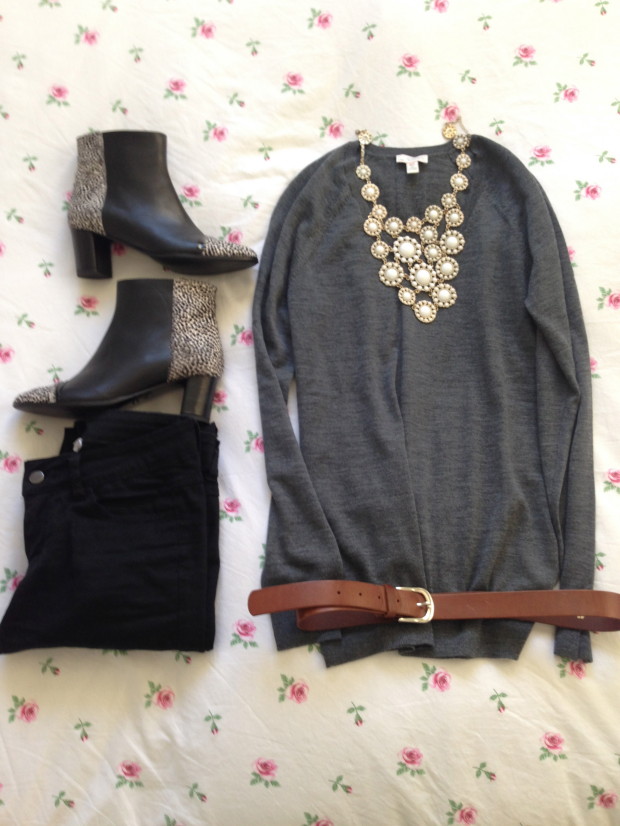 Myrto very kindly brought a pair of Hoxton Dot for me to try when we met and though I’m no fashion blogger I’ve had such fun styling them. The damp weather has put somewhat of a kabosh on me wearing them too much outside though: I’m terrified of getting the beautiful ponyskin leather wet! 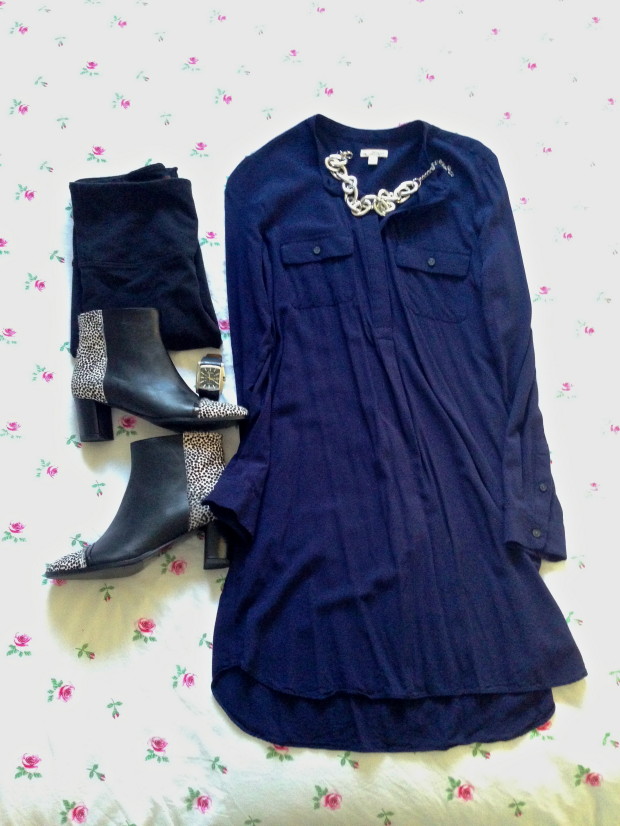 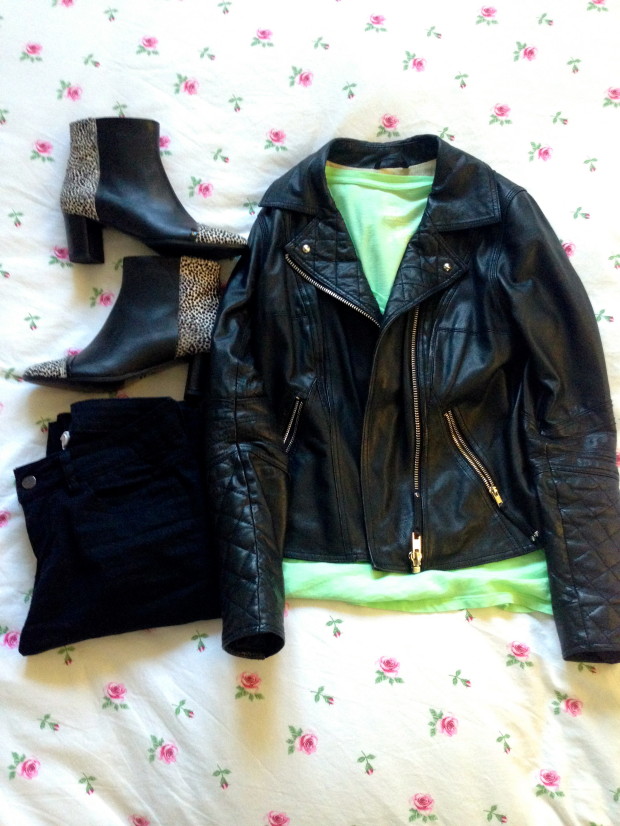 Hearing stories like Sigrid and Myrto’s is so inspirational: I love to know there are women out there who have recognised their dream and done everything in their power to achieve it. And if your dream is to create beautifully designed and crafted footwear, well that’s just perfect for the rest of us.

Peponita can be found at 35 South Molton Street, London, W1K 5RQ until 27th February- do visit them if you’re in the area! You can view their A/W collection here, follow them on Twitter or visit their Highgate studio.