Ramblings On Love For My Children 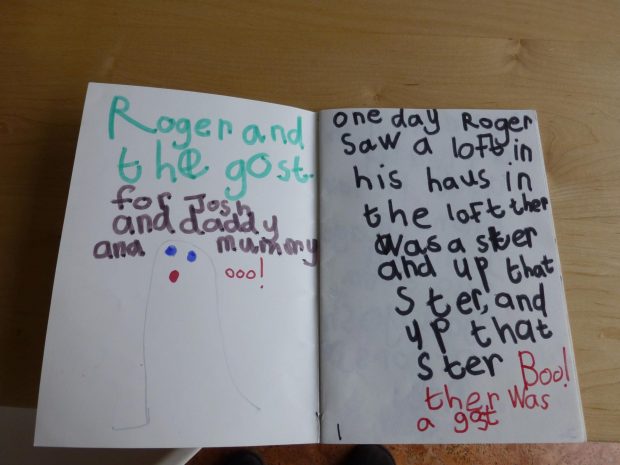 Last week was one of the most surreal, exciting and baffling of my life. It was all a bit bonkers and I’m still pinching myself.

Ever since I can remember I’ve wanted to write my own book: in fact, I did age six, a masterpiece entitled ‘Roger and The Gost’ (sic), a spooky tale about someone called Roger who had a ghost in his loft. My mum helpfully dug it out for me so I could remember my roots, innit, and you can see my literary genius and funky spelling above and below.

Fast-forward to 2001 and I start blogging, as I had neither the ideas or the attention span to write a whole book. I wrote about pressing issues such as boys, clothes and teenage life (oh the angst!) but blogging took a back seat for a couple of years when I meet the love of my life.  By this I mean Will rather than ASOS though both stepped into my world in the same year and both rocked it (and still do).

I started working in the Digital world in 2007 and started writing a book on my honeymoon (I gave up after 5 pages, it gave me hand cramp). This parent blogging journey began in October 2009, the day I took a positive pregnancy test, and I’ve been here ever since; two pregnancies, two c-sections, countless milestones, a near-mental breakdown and approximately 250,000 words later. I love my blog, I love the therapy, the camaraderie of the blogging community. I love the friends I’ve made and the confidence it has given me. It’s one of the best things I’ve ever done. 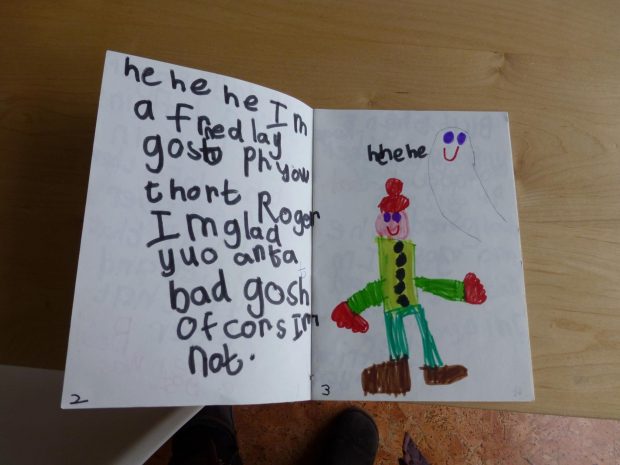 I still haven’t written a book, though.

But then: BUT THEN! I received an email from a literary editor who had found my blog through Google Images. She complimented me on my writing (the head expands) and asked if I’d ever considered writing a book? HAD I EVER. A few emails went back and forth and I found myself rocking up to some very lovely offices in Holborn this Thursday to meet said editor and an agent. Who will now be representing me in my literary endeavours.

I have always very much believed in my blog and its ability to not only make me feel better about the person I’ve become since I stepped into the world of motherhood, but other women as well. So there’s nothing like someone (other than my mum) putting themselves out there and saying they believe in me, too. Especially when these other people are actual proper publishing professionals who are going to work as hard as they can with me to shape this blog into a book. 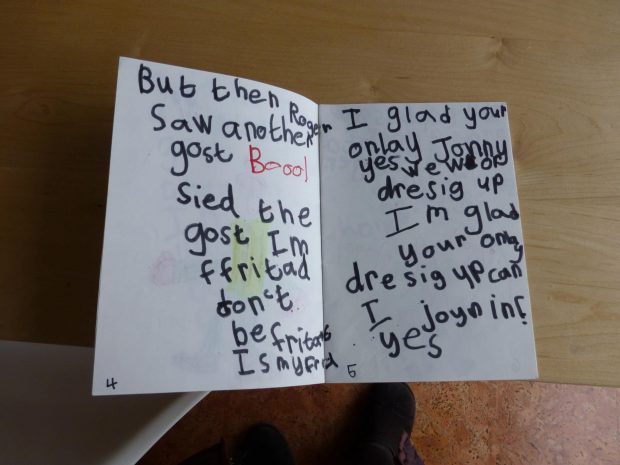 After my meeting with my new editor (!) and agent (!) I did what any budding author would do: I bought a new notebook and pen and took myself to MeatLiquor for a burger and a glass of Trebbiano. I tweeted a lot and freaked out. I think I’m still freaking out a bit but a little less so, which is why I’m starting to sketch out the plan for More Than Toast: THE BOOK.

I want to create a resource for women that I never had when I was pregnant. I want to write an anecdotal guide for women like me who step off the career rollercoaster into a life of domestic bliss that ain’t actually so blissful. I want to to say the things nobody told me before I had my babies, like “actually, breastfeeding hurts more than a caesarian” and “if you don’t fall in love instantly with your child you aren’t a freak”. I want women like me to know that it’s OK not to feel completely fulfilled by motherhood, I want women like me to not feel alone in those scary few months. I want to lay out the good and the bad that the NCT don’t touch on.

I want to write about the really helpful stuff that isn’t included in those other boring pregnancy guides, too. Like how good Elizabeth Arden 8 Hour Cream is for pretty much anything your baby’s body will throw at you (nappy rash! Chapped nipples! Weird dry skin!) or the best places to buy maternity clothes that aren’t actually maternity clothes and won’t make you feel like a massive frump (American Apparel, baby). I want to help new mums to not feel as lost as I did.

The community of amazing readers that surround my blog have counselled me, calmed me and cheered me in the direst and happiest of situations. And that’s why I am so excited to share this news with you, because I wouldn’t be here without you all. I’ve always maintained that I write for myself, but I kind of write for you more. I love that by sharing my innermost thoughts, feelings and experiences with the world I am making a positive difference to my life and other’s lives too.

Which is why I want to put this over to you. I know what I feel is missing in a book about pregnancy, birth and early motherhood, but what about you? What do you feel goes unsaid in the boring mum guide book world? Should I be writing about my experiences month-by-month/week-by-week or should I go freestyle and divide the book up by subject, Caitlin Moran-style? LEAVE A COMMENT, LET ME KNOW!!

However this book does turn out I can promise you this: it will be choc full of honesty, humour, warmth and wine. Because without those four things I would be rocking in a padded cell weeping for my own mother.

Here’s to motherhood, here’s to the internet, and here’s to making your dreams come true.

PS: If you give me some really good ideas I will totally thank you in the acknowledgements section ;)

Leave a Reply to Alison, Not another mummy blog Cancel reply

How Do You Get a Book Deal? By Someone Who Got One