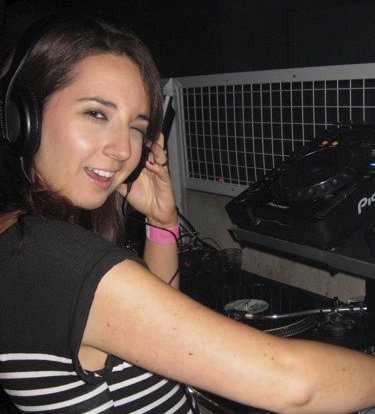 This post originally appeared in my old blog, www.the-alice.co.uk

I don’t remember a great deal of last New Years Eve. I know it began with my gorgeous friend Abi coming over to the Studio flat Will and I called home in Shoreditch, and we spent the first part of the evening putting out make-up on and drinking the local newsagent’s best sparkling wine. I remember being amazed and jealous that Abi’s thighs didn’t touch at the top and vowing then to go on a diet in 2009 (I went on to lose 35lb, however my damn thighs still touch at the top). We ate pizza, listened to music and got a cab at 10 to my husband’s club for a night of electro and dancing.

Once there I recall parts of 2ManyDJs at midnight, but mostly my memory fails… I think we spent the night flitting between the dressing room and backstage areas and not listening to much more music, before crawling home at around 7am. I believe a lot of  champagne was involved.

This year was totally different. I spent the whole day preparing by sleeping, as I knew it would be a late night (and these days anything after 9pm counts as a late night). I’ve been feeling really pale the last few weeks so I gave myself a fake tan along with a hair treatment and facemask. I blowdried my hair and picked out an outfit that I hoped would make it obvious I was pregnant rather than fat.

We left the house at 6pm for dinner at Nobu with my husband’s german work colleagues and had an amazing dinner of yellowfin tuna, rock shrimp tempura, black cod miso and wagyu beef (this was following some intense googling of ‘is sushi safe for pregnant women’. Short answer, due to UK food safety regs: YES, thank goodness). I even allowed myself to have a small glass of wine and a non-alcoholic Mojito. I was really looking forward to seeing some famous faces at the restaurant, but the most famous people there were the DJs we were eating with. I would rather have seen a Sugababe or Girl Aloud, techno DJs mean nothing to me and I have been known to offend them with my ignorance of their trade.

We shot off to the club for opening, and I had a nice long sit down before the midnight count down. Midnight came and went with just enough champagne to wet my lips, a smooch with Will and I was in a cab by 12.10 and home by 12.30 where I actually crawled into bed with a hot water bottle and some cocoa.

I’m still slightly terrified that next New Year’s Eve I will almost certainly be at home with baby… though I don’t think I’ll miss the busy clubs and 7am bedtimes this is what I have been doing for the last 7 years. Saying that, I think I’ll be happy as long as there is champagne at some point in the evening.