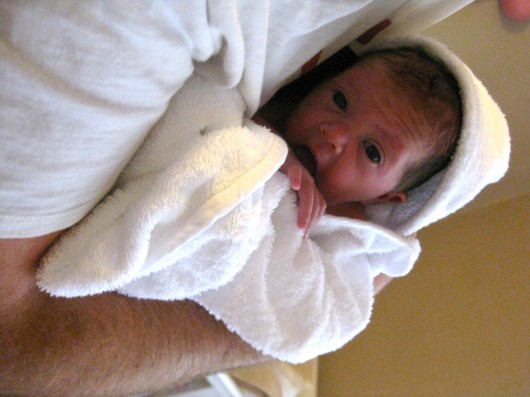 Breastfeeding was something I never thought about much in my first pregnancy. I just assumed I’d do it and kind of thought it came naturally to all babies; you simply wafted them in the general direction of your boob, they sucked and milk came out, right?

I never knew there could be positioning issues, latch issues, tongue problems, or even any pain involved. Ohhh, the pain. Nobody tells you about that part, do they?

Elfie ended up being exclusively breastfed for about to week. Because her weight gain was non-existent we were told to express and introduce formula to her diet so her intake could be monitored. I have to admit, this was like being given a get out of jail free card for me and I was relieved that I wouldn’t have to persevere through the toe-curling pain that didn’t seem to be letting up. We didn’t realise how weak her latch was at the time but it resulted in cracked, blistered and bleeding nipples and after a week of this getting worse and worse I was so downhearted. I used to dread her feeds and would weep at the pain.

When we found out how poorly she’d been during this time I was a little bit relieved that it wasn’t my body and my boobs that had been causing her failure to thrive, there was an underlying issue that I couldn’t have helped. 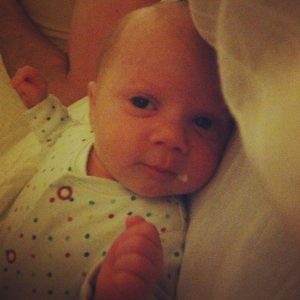 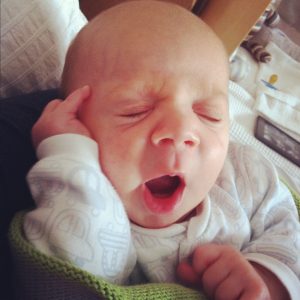 When Hux was born I told myself I’d try to feed him but if it didn’t work, if it was as painful as last time then it wouldn’t be the end of the world. No pressure, no stresses. At my first cuddle with him about an hour after the birth he latched on straight away and fed like a pro, and because we had our week in hospital I focused a lot of time on skin-to-skin and would put him down my top naked for a snooze for at least 2 hours a day. I credit this in part for how well he feeds, but also how much he likes to sleep in my bed snuggled up to my chest (FYI am still searching for the answer to how on earth you have ‘intimate time’ with your husband when you have a clingy cosleeper). The first week was so painful, though. My nipples were cracked and bruised and I went through so much Lansinoh cream.

I was terrified this meant there was something wrong with his latch and think it was probably checked by every single midwife on the ward, but even the breastfeeding councillor called it ‘textbook’. I persevered with different positions and talked to A LOT of people online; I definitely dont think I could have made it through these tough few days without my breastfeeding cheerleading squad on twitter. 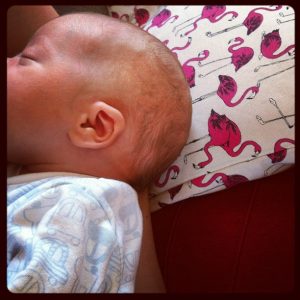 I’m so proud that at the age of 7 weeks Hux has had nothing but my breast milk and is thriving. This might not sound like a huge achievement but I really didn’t expect us to get here. Its all been completely plain sailing since that first week and having fed two babies using different methods I can say that breastfeeding is so much simpler. Nobody’s stumbling around in the middle of the night to sterilize bottles and boil water for the formula and we don’t have to take piles of milk-making related crap out with us when we leave the house. There’s not the expense there, either, at around £50 a month formula is not the cheap option.

My first public feed was when we were watching a match at the local rugby club and I’ve fed in plenty of places since: in restaurants, shops, at the doctors. I caught one older lady giving us the evil eye and was not above giving the evil eye right back, read this great story on Fritha’s blog about one mother who was verbally abused about her choice to breastfeed and what the breastfeeders of Bristol did in response. 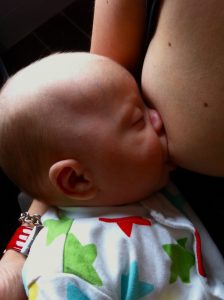 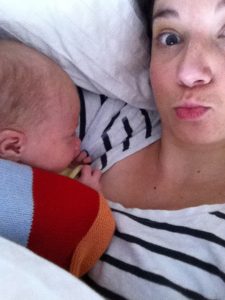 Having fed my babies both ways I agree that it should be the mother’s decision to feed whichever way they think is best. Elfie has had no ill effects through being a formula baby, in fact I believe there was the additional benefit of Will being able to feed and bond with her which we only get now if I express. There’s A LOT to be said for sharing those night feeds. But having had such a positive breastfeeding journey so far I can definitely say that I prefer it, not just for the health benefits for the both of us (it took me only 4 weeks to get back to my pre-pregnancy weight) but for the bonding and ease of having food immediately available 24/7 (invaluable when baby is starving or upset).

If we ever have any more babies I’ll be trying my hardest to breastfeed again and am so thankful that the midwifes on the maternity ward were supportive and knowledgeable. When Elfie was born and wouldn’t settle on the first night the first thing the midwife at the Nottingham hospital suggested was a bottle of formula. In contrast, at Milton Keynes hospital the first thing the midwife suggested to settle Hux was cosleeping (it worked). In hindsight I am shocked the first midwife wasn’t more supportive of my choice to breastfeed and I hope protocol at the Nottingham hospital has changed since.

Breastfeeding: it’s not for everyone but when it works it’s brilliant. Yay for magic life-giving boobs!

I started writing this for National Breastfeeding week, which was 25th-30th June. Oops.

On The Difficulties Of Breastfeeding

Breastfeeding In Public and that Sports Direct Debacle