A Winter Holiday In The UK 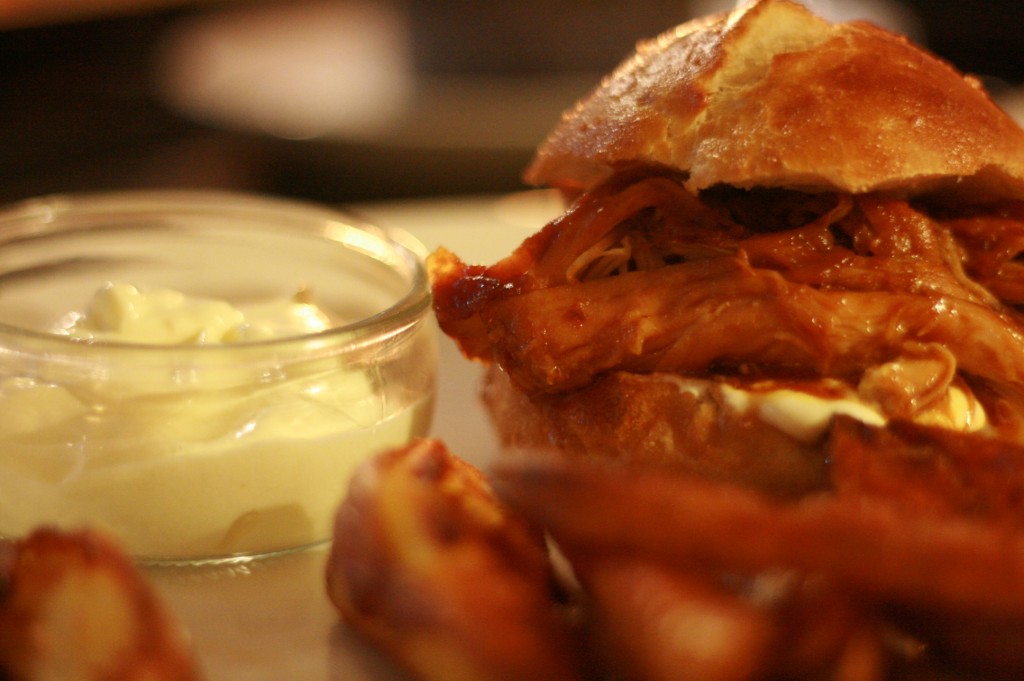 Everyone goes mental for pulled pork, don’t they? Even my mum, with whom I had a 10 minute conversation about it ending with her asking why I named a dish after my dad (Paul…. she thought I was cooking Paul’s pork) loves it, despite not knowing what on earth it is. It’s one of those dishes that pops up on the Internet and always looks so mouthwateringly desirable that you need to have it in your mouth now, if not sooner.

And then you discover that it takes a million ingredients, a BBQ and about 48 hours to cook and it gets filed away in that mental folder reserved for foods that will only be consumed when someone else cooks them (see also: lobster, fois gras, aioli). Plus, all the recipes I discovered were American and I dont have the patience to translate that many ingredients out of cups and into mls and tablespoons. 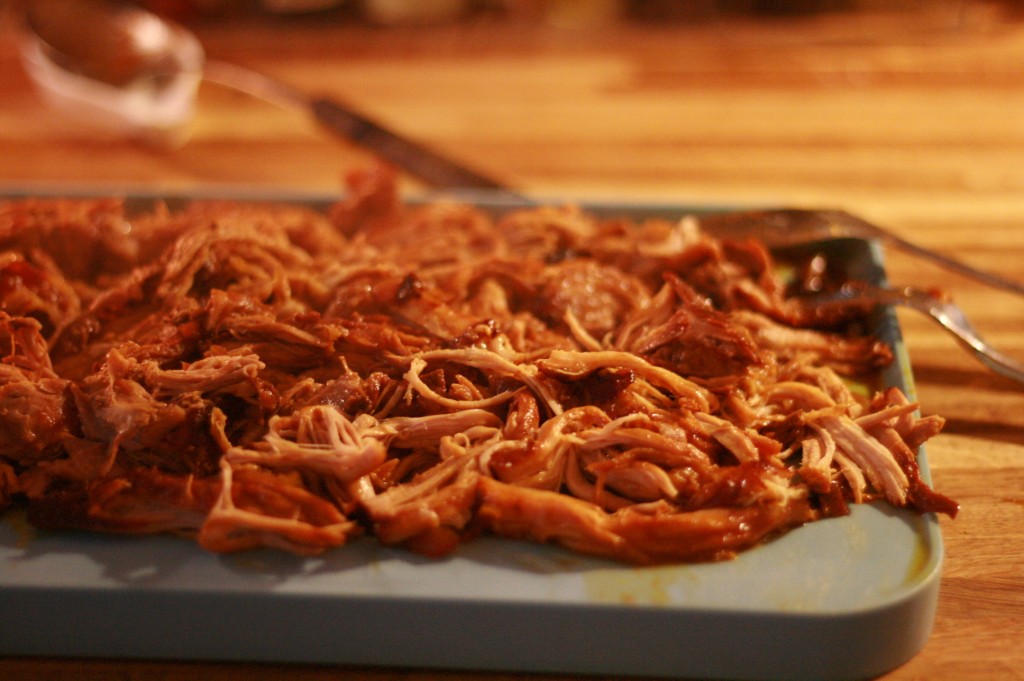 When we last went on our big supermarket shop Will picked up a big hunk of meat for me to cook, as he likes to do. It’s normally lamb but this time he came home with 2 kg of pork shoulder. It was one of the cuts that specifically allows you to create monster crackling, which unfortunately you won’t get with this recipe, but in my opinion the melt in your mouth BBQ flavoured pork is a million times better. He wanted me to roast the joint for Sunday lunch but having had pulled pork on the brain for a little while I ignored his pleas, telling him the end result would be worth it. The joint I worked with was a shoulder, though I believe in the US it’s more traditional to use a leg or some kind of rump cut. 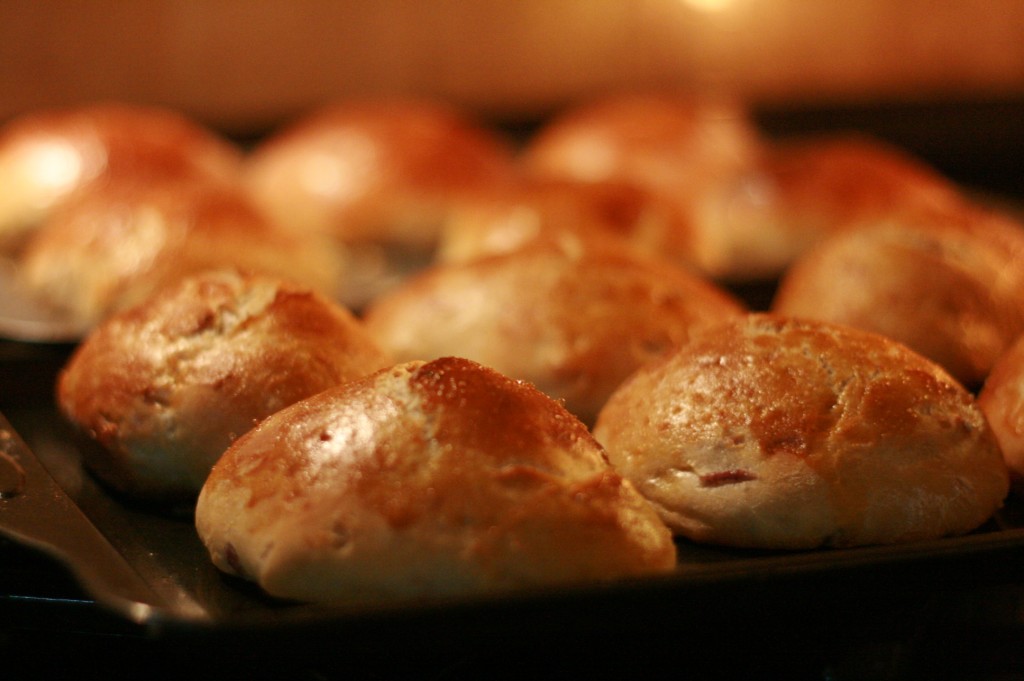 So I poked around in our pantry and managed to come up with all the ingredients needed to make a decent BBQ sauce and banged the joint in the oven for six hours. To complete my pulled pork experience I caramelised one red onion by cooking it on the hob with a knob of butter, a tbsp of caster sugar and shake of balsamic vinegar for 10 minutes, then threw this in the Breadmaker with the ingredients for white dough. When the dough was done I shaped it into rolls, proved it in the airing cupboard (middle-class housewife alert) and cooked in a hot oven for 12 minutes.

This pork in those rolls with coleslaw (couldn’t find a cabbage for love nor money so it was shamefully pre-made from Waitrose) and a side of chunky skin-on chips is heavenly. We also had it the next day in wraps with sour cream, avocado and cheese. Also divine.

The joint I bought promised 11-12 servings, but in our house it didn’t even last 48 hours. 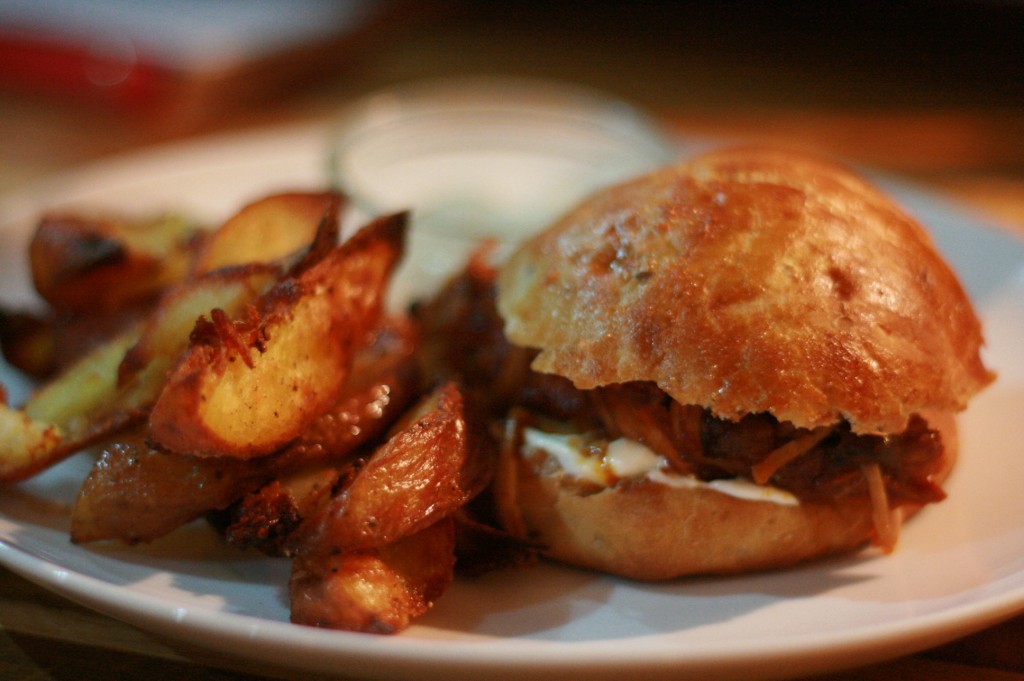 5.0 from 3 reviews
MTT: Pulled Pork
Print
Prep time
10 mins
Cook time
6 hours
Total time
6 hours 10 mins
One of the brilliant bits about this recipe is that you can pretend you're a mad scientist and just chuck all the ingredients in a big pan together. Really, you know that's how it's done. I've kept the ingredients as easy as possible so they should be in your storecupboard, and don't worry if you have to omit one or two of them or find similar replacements (i.e. soy sauce for Worcestershire, syrup for honey).
Recipe type: Main
Serves: 8-10
Ingredients
Instructions
2.1.7