Aziz Ansari is one of my comedy heroes. He’s dry – which I think is a must when watching comedy as a British person – a Feminist (“You’re a feminist if you go to a Jay Z and Beyoncé concert, and you’re not like, mmm, I feel like Beyoncé should get 23 percent less than Jay Z“) and hilarious. I first caught him playing small parts in a couple of my favourite films (Get Him To The Greek, Funny People) but he properly arrived for me in Parks and Recreation. As a bonus he was the special guest comedian at my favourite ever comedy venue, The Comedy Cellar, the last time I was in NYC. I would like to be best buddies with Aziz Ansari.

AZIZ ANSARI HAS WRITTEN A BOOK! And it’s not one of those memoir things that all comedians seem to write about their struggles with drugs/drink/strawberry laces, but is an actual interesting book that’s completely relevant to the lives of the people who will want to read it. Called Modern Romance and co-written with the Sociologist Erik Klinenberg it’s a witty tome that examines the pitfalls of modern dating. 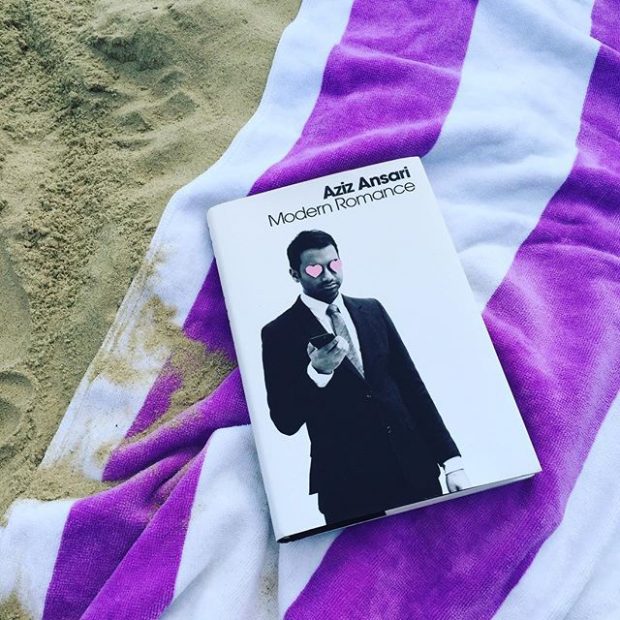 As a Modern person who is interested in both Romance (HI!) and Aziz Ansari I picked up the book as soon as I could.

I’ll be honest; I’ve been single for 2 and a half years and I kind of thought I’d be shacked up with someone by now. Having been in a relationship for such a long time previously I assumed I was that kind of person, the kind of person who found comfort in being with someone and who always liked to be in a relationship. Imagine my surprise when I realised how much fun it is to be single!

Saying that, I do really enjoy the company of a man. One of my greatest pleasures in life used to be naughty weekends away at lovely hotels – weekends you’d spend in bed, eating and drinking too much in gorgeous surroundings. Go on one of these alone and you’re just a greedy loner alcoholic who spends too much time in bed. Yep, life is just a tiny bit more fun when you’re in the company of a rip-roaringly fun bloke who looks amazing and can hold an intelligent conversation.

Is that too much to ask for?

And so I go on dates. Some good, some bad, some weird. I go into them all with an open mind, looking forward to learning something, hoping I’ll make a new friend but really not expecting anything. It can be fun, or awkward, or funny, or boring. Or all of those things. Whatever happens I know I’ll come out with either a funny anecdote or a warm feeling after a pleasant evening.

Which is why I am approaching Aziz Ansari’s Modern Romance from a very interested point of view. As someone who would like to be in a relationship at some point in the future but is totally in no rush to get there, will reading a book about finding love shed any light on my past, present and future experiences? 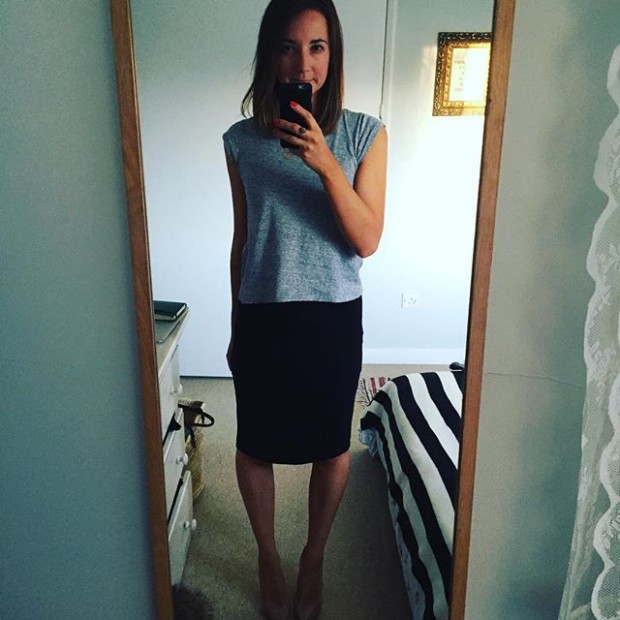 The first chapter kind of did. It was all about the choice – who we choose, how we choose and why we choose them. When I fell in love with my ex-husband at the age of 18 choice wasn’t even a THING: I followed my hormones and heart with absolutely no rational thought beyond what felt good. Now, with the age of dating apps and websites, we are able to make so many more decisions about a person before we’ve even met them. Crucially before we see how this person’s chemistry makes us feel – which for me is always the most important factor when it comes to initial attraction.

Because of my situation of single parent (and how easy it is to nip on Tinder or Happn) it’s very rare I meet anyone for the first time out in ‘the real world’ so the criteria I follow when initially checking someone out online has become well-honed. I wrote about doing away with the ‘man shopping list‘ a year and a half ago but really there are some fundamentals that I just can’t get past. Height, humour, ambition, fitness, location, culture, shoes. Really high-brow stuff.

According to research we have much higher expectations of relationships in modern times so we expect a lot more from a potential partner; in the 50s and 60s we might look to a man to be a ‘good’ provider and husband as the most important thing (and similarly a man would be on the hunt for a ‘good’ wife and mother) with true love as a secondary. Now in the age of Tinder we won’t settle for less than soulmate and we can reject future partners as easily as a swipe of your finger.

AND THIS IS TRUE.

I have rejected men on Tinder because the state of their bedrooms in the background, a badly judged tattoo or a penchant for selfies with tigers. After meeting men who have got past the first stage of the screening process I have refused to give up my single status for anything that hasn’t felt 100% perfect: sometimes I wonder whether or not this is the right thing to do. Everyone has their flaws, so should I be a bit more forgiving when it comes to dating? Or is it actually OK to stop seeing someone when they become a bit arrogant/annoying/needy? Or when it just doesn’t feel right?

Annoyingly the more independent I find I become the more difficult it is to bend and flex around another person. If I feel we aren’t a total match then I don’t really want to pursue a relationship – after all, I know it’s less hassle to be on my own and that way I don’t have to deal with anyone else’s crap taste in TV. But I can’t help thinking this is a fairly brutal way of looking at relationships. I’m not deluded enough to think you can bend a man’s personality to your will but partnerships are give and take… this should perhaps factor more to me.

I’m trying to be a bit more flexible with the type of people I date and this has been backed up with experience; one of the best dates I’ve been on this year was with someone who hadn’t met one of my top ‘criteria’. Don’t worry, they weren’t a selfie aficionado, but it really did prove that you can’t judge a book by a (Tinder) cover.

So crucially, as a 30 year old woman with children to consider, there are always going to be more practical factors to consider when going to a relationship other than “he gives me butterflies”. I wonder what I would think about my ex-husband if we met now?!