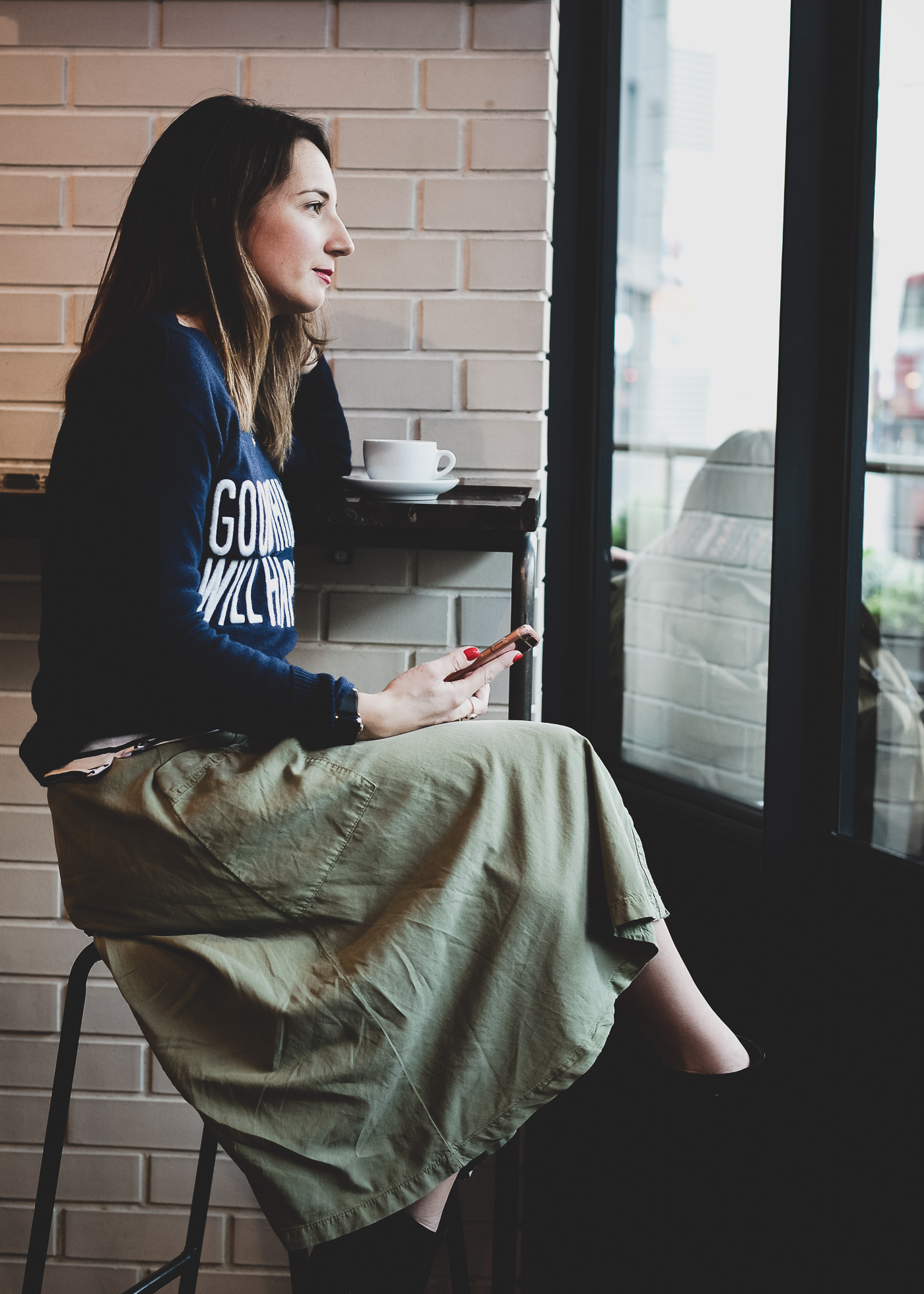 4 Holiday Destinations To Consider This Winter

We’ve all heard the Harvey Weinstein allegations by now, the sickening claims that women in Hollywood have made towards the influential Producer, who by all accounts seems to be a Trump-level power-hungry perv.

I’ve been absolutely horrified by the stories of actresses and entertainment workers who I’d otherwise have thought of as untouchable, and similarly saddened by comparable accounts of women on Social Media who’ve been through sexual harassment in their day-to-day lives.

But I’ve also been empowered and emboldened by their stories of resilience and strength, which is why I say: ME TOO.

As a woman, low-level sexual harassment is sadly something I’ve come to expect on a daily basis. I don’t even notice it any more, automatically blocking out the bothersome gazes and uncomfortable comments. So as a little experiment prompted by the #MeToo movement, yesterday I decided to note down each incident a man made me feel uncomfortable.

The first was on the train, where a man sitting opposite me asked if I could plug his computer into the socket next to me. I obliged and he took this as an invitation to repeatedly try and engage me in conversation, despite making it clear I was busy working. He continued his crusade of telling me unfunny jokes and winking, not employing these same efforts to speak with either of the other two gentlemen sat at the train table.

The second was on the tube platform at Embankment station, where a man openly and repeatedly looked me up and down as I walked past him and beyond to the end of the platform to get away from his gaze.

The third was in a restaurant, where I was eating lunch alone while working, with the man opposite me gawking at me throughout the meal.

The fourth was on my drive home from the station, where a man in a van pulled up next to me at traffic lights and made a lewd gesture through my car window.

The fifth was as I was sitting in a coffee shop window, where a man walking past slowed down and looked me up and down. As he walked off down the road he turned around and continued to gaze piercingly at me.

The thing is, a man looking at me as an incident on its own is not in itself threatening. But when I can’t sit on a train, drive my car or eat a meal without having a man’s unrelenting gaze making me feel uncomfortable, it becomes a problem. And if you think my worrying about the simple look of a man is an over-reaction, I’ll say this: I’m scared.

As Caitlin Moran once said:

Try to imagine, for a moment, what it’s like to live on a planet where half the people on it are just … bigger than you. We are smaller, and softer, and we cannot run as fast as men. We know you can grab us, and we would struggle to get away. We know if you hit us, we’ll go down.

Sometimes, when you think about the stats on sexual assault – 90 per cent of women know their attackers; 1 in 5 women are attacked – it feels like a fact too awful to be acknowledged. One in five, man. If those were your odds on the lottery, you’d already have pre-emptively bought the car. One in five means you often look round a room of your girlfriends and think, “Which one of us will it be?”

Sometimes the actions of some men* go even further, leaving me not only feeling uncomfortable but unsafe.

There was the man last year (a lawyer, no less) who tried to force his way into my home when dropping me off after a date – insisting on having sex with me because I’d ‘led him on’ by giving him a good night kiss. Then there’ve been the men (multiple) who tried to put hands up my skirt or on my bum as I walk through busy bars, on a level with the men who push their crotches into me on the morning tube commute. Then there are the many times a man hasn’t accepted no as an answer, telling me I should enjoy the attention before I become to old to get any more.

There was also man who sat at his desk opposite mine asking when, how and with whom I lost my virginity before fellating a sausage and telling me how he thought I’d ‘like it’ (I complained, there were witnesses, he was fired). Another man who thought it appropriate to show myself and three other female work colleagues cartoon penises projected on a big screen while telling stories of who he thought would get chlamydia (I complained, he was a client so I was told to ‘deal with it’).

This is the reality of what it’s like to be a woman.

While our tales of sexual assaults and harassment are horrifying to read, they’ve also given me the confidence to realise I’m not alone in the way I feel about the behaviour of some men. It’s Not Cool to be bothered or harassed and we do not have to stand for it.

Sadly, I know I’m also not alone in feeling historically that I’ve been to blame somehow for the attention I’ve attracted and the situations I’ve found myself in. Perhaps I’ve dressed too provocatively, smiled too readily, been too friendly?

A smile is not an invitation for sexual attention, neither is a kind word, an above-the-knee skirt or a chaste kiss.

Me too has realise it’s up to me to mould the next generation of men – one of them being my own son – to realise this isn’t OK. I promise he will grow up respecting and appreciating women, not thinking it’s acceptable to demean and objectify them.

So when the man on the train yesterday couldn’t take his piercing gaze off me? I stared right back.

Me too: let’s reclaim our right to not feel scared.

* I’d like to stress the point of some men here: I in no way want to demonise an entire gender, some of whom have gone through sexual assault or harassment themselves.

The Shop Is Open! Win a Tshirt Bundle To Celebrate