As the famous saying goes, ‘you don’t know what you’ve got til it’s gone’, and I think that’s true of many things: some ex-boyfriends, your 21 year old metabolic rate, a really good boss and, most importantly, your TV.

I can vouch for this from an experience we had a couple of weeks ago: our house was plunged into chaos when, all of a sudden, our TV stopped working.

Now, I’ve just about managed to get to the point where the kids understand that wifi does not follow our family around like sunshine and that we can’t access episodes of Dennis the Menace in the car or at Waitrose. But trying to explain to them that Neflix was gone forever from our television? The fact did not compute. And I don’t know if you’ve ever tried to explain something to two small school children that they really really don’t want to hear, but it was not fun. 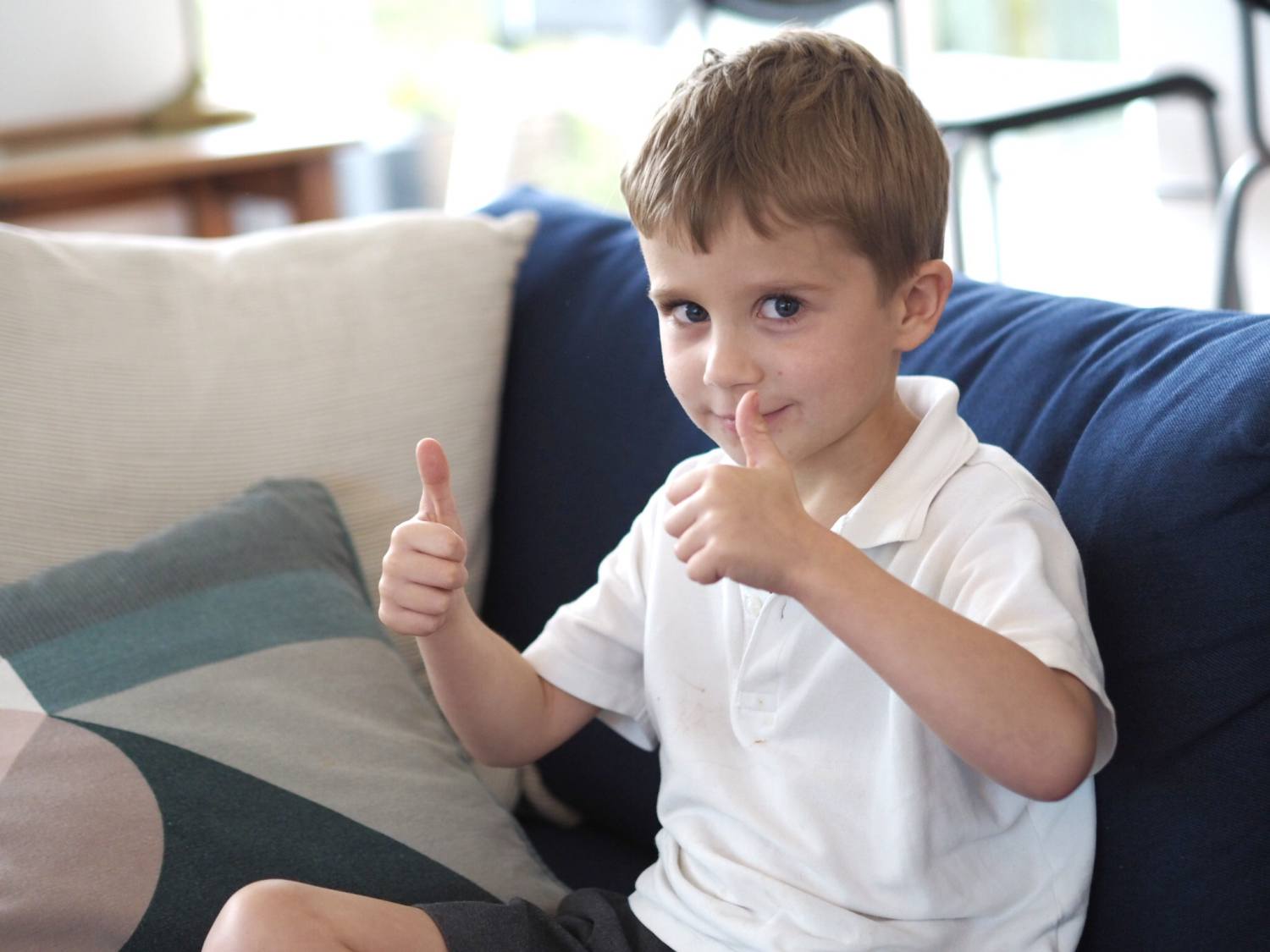 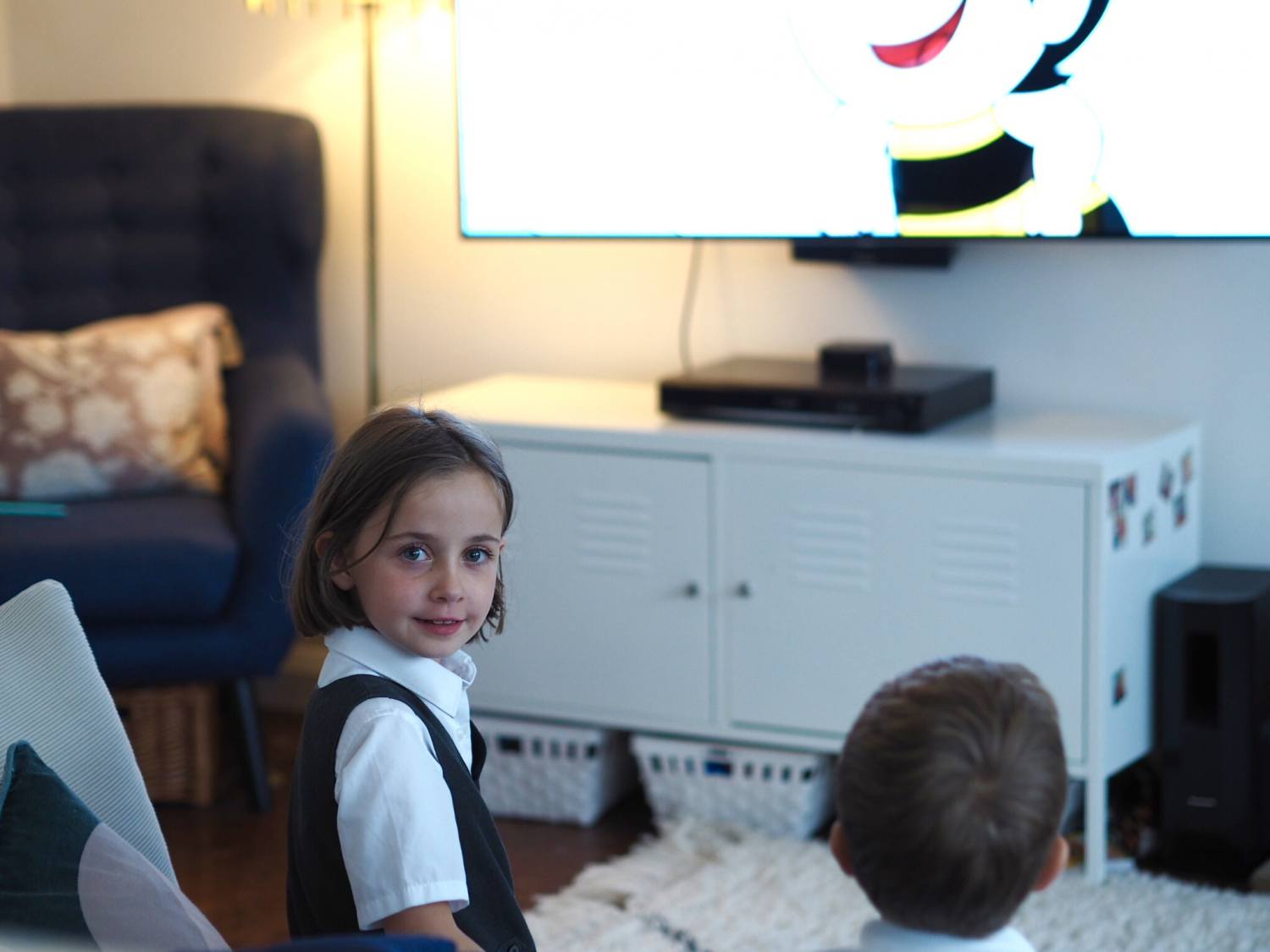 But my problem with investing in a product that’s going to cost me a lot of money is that I have to find out every single little thing about every single available iteration of that product on the market. It happens when I buy holidays, cars, big pieces of furniture… and it’s exhausting. If there was a website called ThisIsThePerfectProductForAlice.com I’d log on and use it  every single time.

Although that site is not in existence just yet, I think I’ve found the next best thing, at least when it comes to TVs, a marketplace full of confusing technologies and tedious acronyms (I took at least one nap when researching OLED vs QLED).

I dropped my friends at AO a quick email and said: HELP! What’s the best telly around and when can you get it on my wall?

Easy! They said. You want the LG 55″ Smart 4k Ultra HD with HDR and OLED TV, and how’s next day delivery?

I wanted to kiss them.

This was to be our first new TV in the last ten years – the kids had never seen a new TV before – so the excitement was off-the scale. 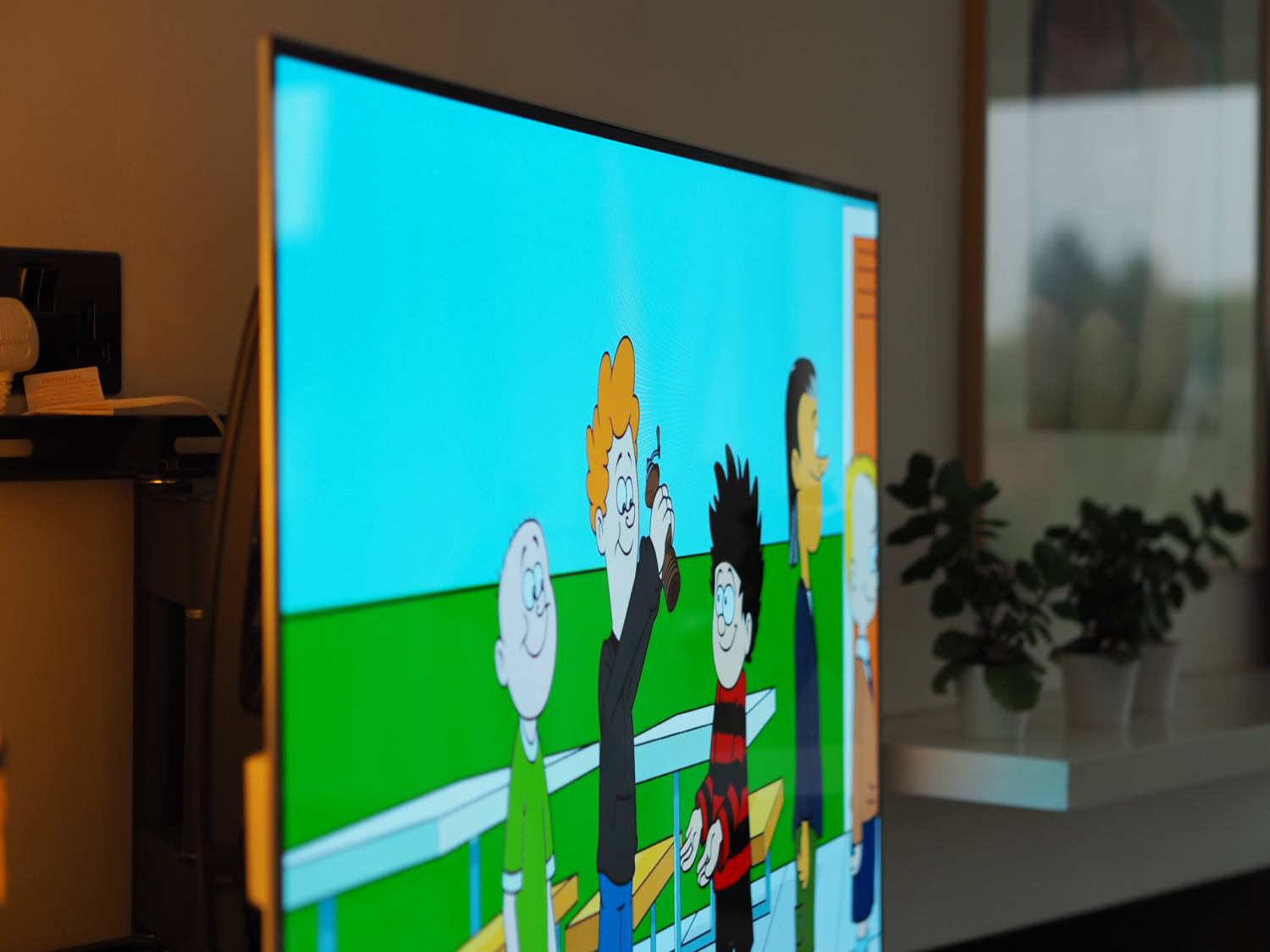 Sure enough, the magnificent TV arrived the next day, all 55″ of it, and it was brilliant. Our old TV was pretty high-spec when it was bought 10 years ago but technology moves so fast: the LG 55 OLED Smart TV 4k Ultra HD with HDR quite obviously eclipsed in terms of picture quality and speed.

My first impression was that the thing was incredibly thin, thin and light. It was a breeze to hoik up on to the wall compared to our massively cumbersome old TV, and was up and running in no time at all. It’s a Smart TV (which means Freeview and apps are in the TV itself rather than within a box you plug in) so I chucked out my old cumbersome Digital TV box, leaving only Apple TV instead.

It has a great integrated speaker system so I plugged this in – there are enough HDMI ports (4) for all this jazz – and plugged my Apple TV in too, though this has been rendered slightly useless as Netflix, Amazon Prime and Now TV are all now within the television itself. 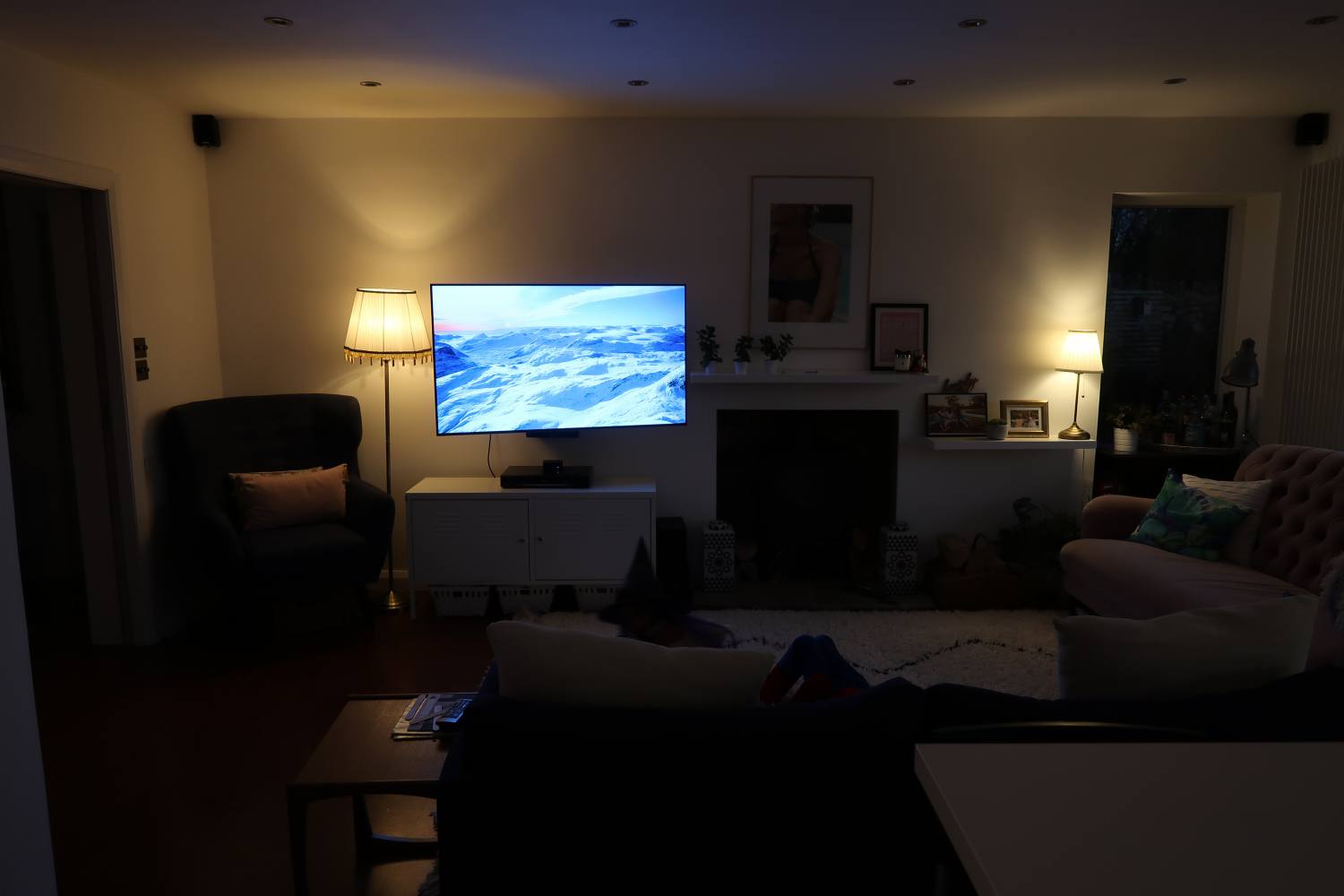 The 55″ size sits well in our large open-plan lounge area: it’s not too big and not too small. The OLED and HDR Dolby vision means everything we watch is in absolutely incredible quality – James Bond Spectre was the first family movie we sat down to watch and it was brilliant – and even Topsy and Tim in HD is that little bit more bearable.

Put Online Dangers In The Past

The kids adore the enhanced graphics and the way our favourite apps are all so connected, but it’s really enhanced my downtime, too. Where I used to watch TV shows I enjoy on Netflix on my iPad, now I will sit on the sofa and really relax in front of something I want to watch (Liar was amazing on the TV’s big screen!). 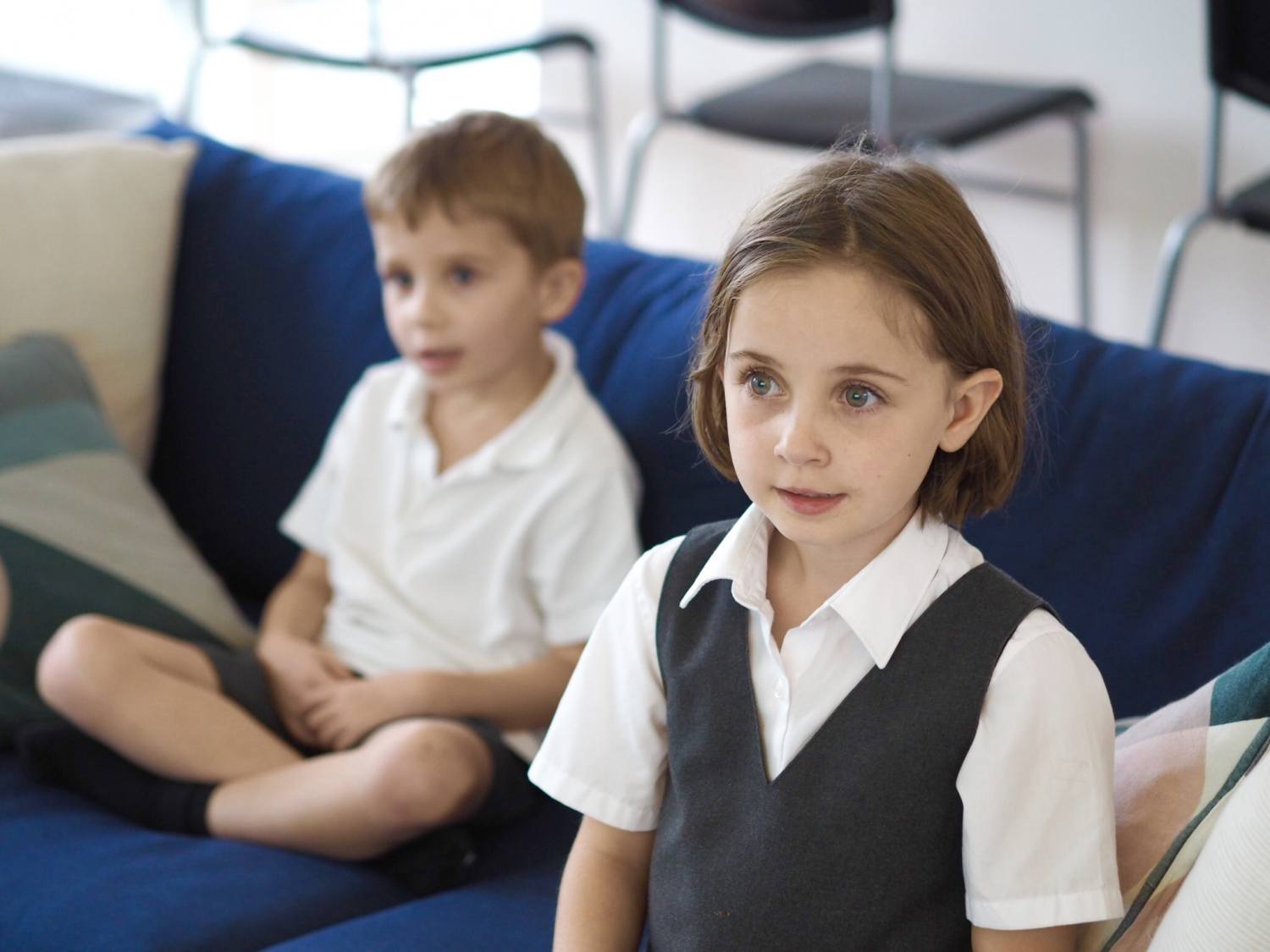 The day after the TV arrived disaster struck: the whole family went down with a sickness bug. It was awful and I can only imagine what would have happened if the bug had arrived while we were TV-less. Nightmare!

As it happened, we spent 4 days as a family camped out on the sofa watching our favourite movies. The Amazing Spider-Man 2 was a winner – we watched it 10 times in 48 hours – and it was such a relief at that difficult time to have so much entertainment at our fingertips. 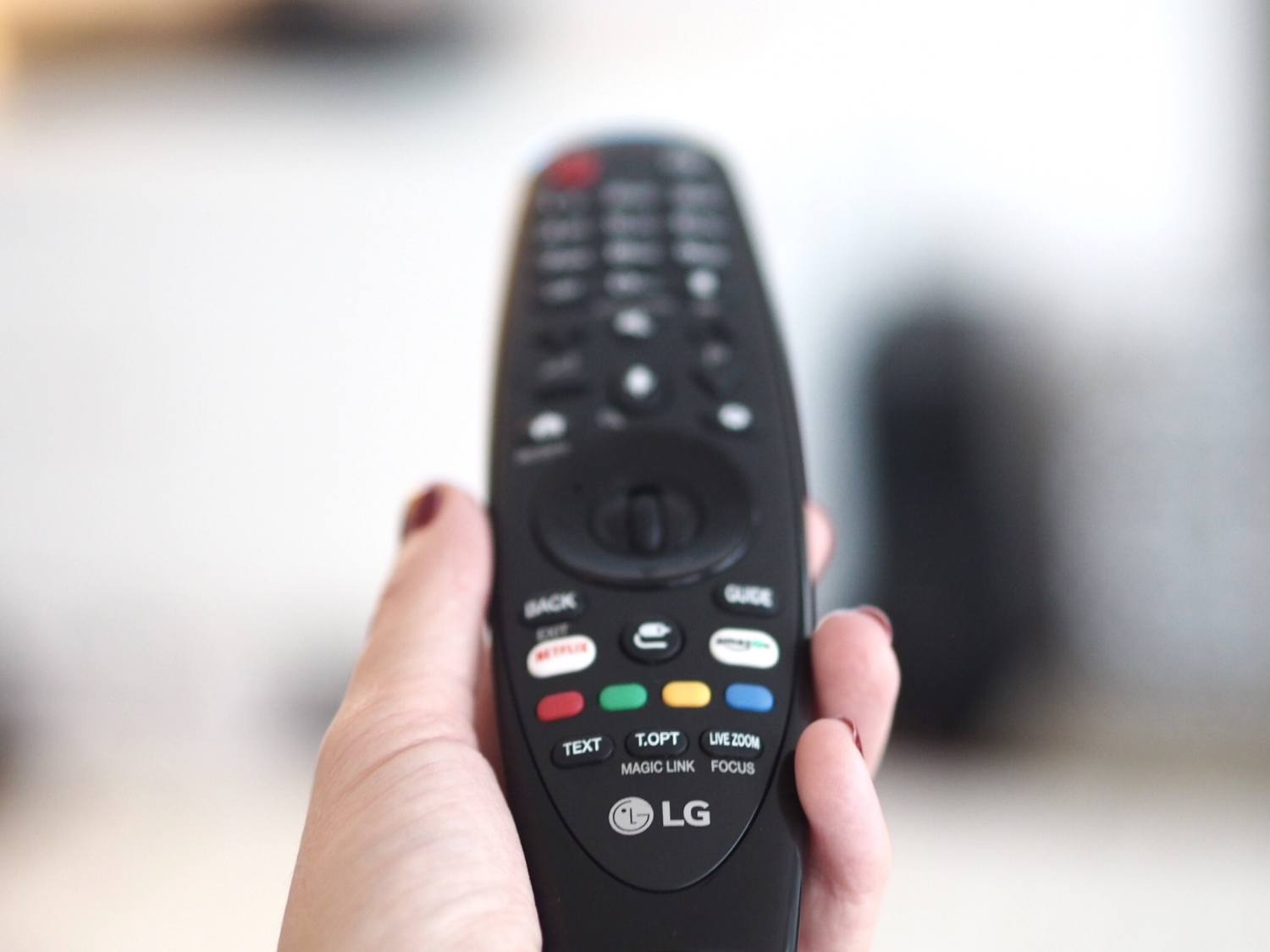 A little shout out here to my favourite part of the telly: the remote control. It’s Wii-style so you can wave it at the screen and use it to click on different elements, from apps to TV shows. It also has an integrated microphone that works so well when searching for your favourite programs, even Hux and Elfie can use it. It’s not unusual to hear Hux from the other room commanding the remote control to show him Dennis the Menace, Power Rangers or yet one more showing of Spider-Man.

In a nutshell, we are head over heels in love with the LG 55 OLED Smart TV. Priced at £1,799, it’s most definitely going to do us for entertainment for at least another ten years.

Huge huge thank-yous to AO.com who totally saved the day when our old TV broke by sending us this one. We are eternally grateful!

Spending A Week In Our New House – The Befores