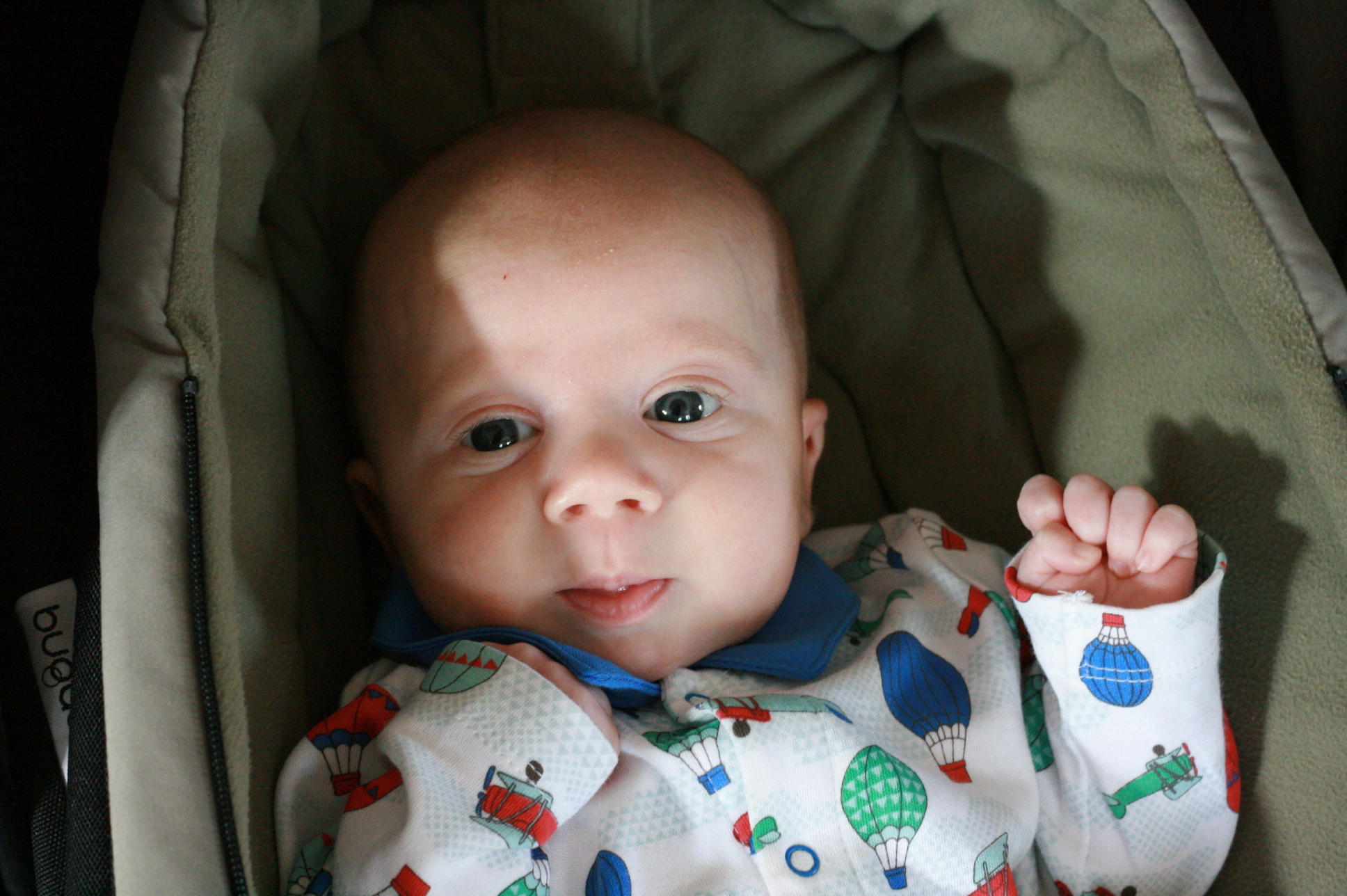 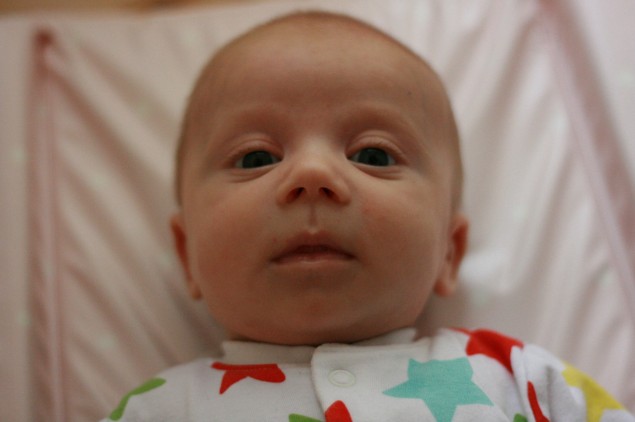 Huxtable, Hux, Huxey, Monkeyface… my little man is 10 weeks old. And I could not love him any more than I do. I don’t know what it is about this baby but he is so thoroughly adorable it hurts, and I’m sure I’m not being biased here just because he’s my son. He’s so handsome, so pretty. So wonderful! 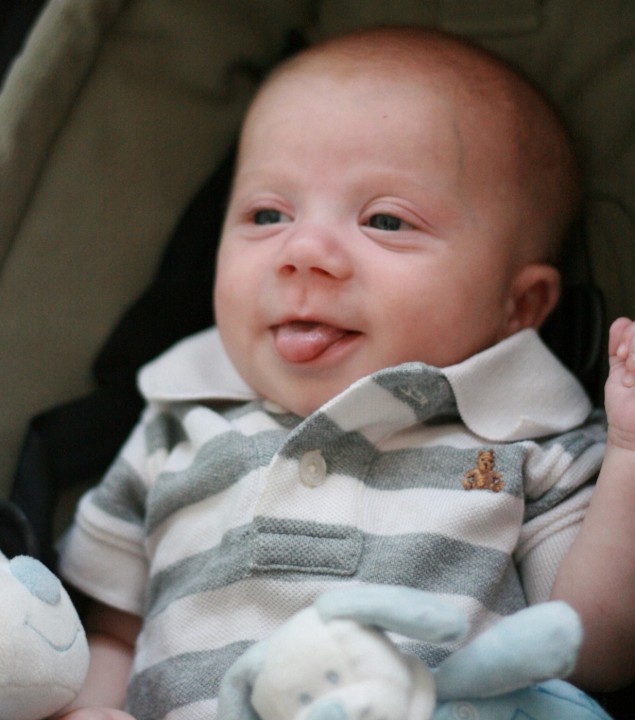 Hux now smiles and I’m sure he saves his best ones for me. It’s the first thing he does when I talk to him, and his smiles are the best thing ever – including his funny little tongue which he doesn’t seem to have any control over at the moment. He has also giggled, TWICE!, both times when my nipple has been in his mouth which makes me think that perhaps nipple time = happy time? He loves his mummy milk, that’s for sure. 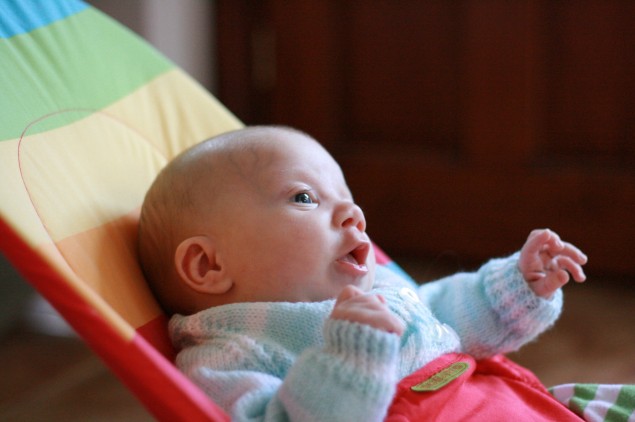 We’re still breastfeeding which is something I’m really really proud of. I can’t believe that I’m sustaining a person and helping him grow to such an extent by just using my milk. With Elfie I’d Gina Forded things up by this point but Hux is such a lovely easygoing happy baby, I haven’t felt the need to implement any sort of routine. Some days he feeds every hour, some days every three. Whatever he likes, I’m easy. 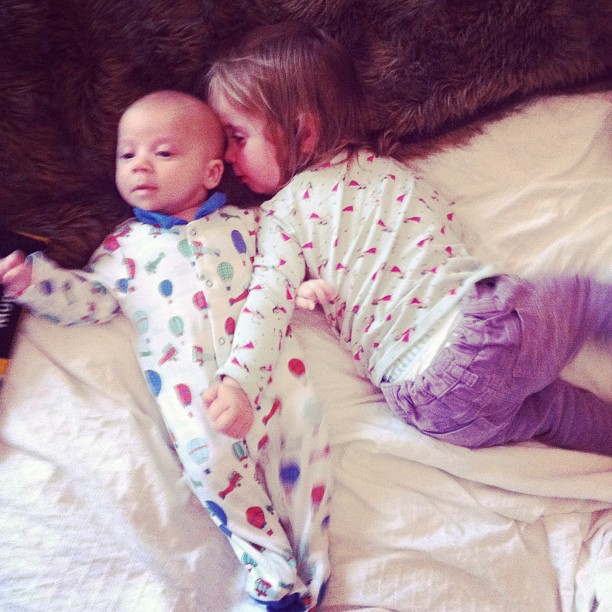 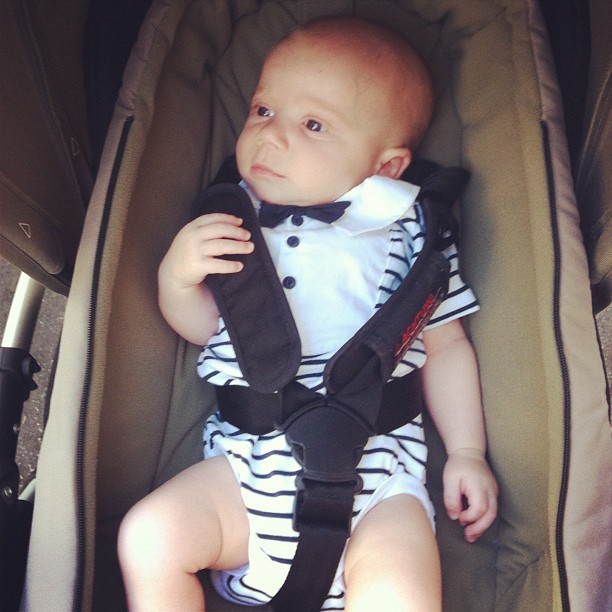 Hux dealt wonderfully with our trip to Spain; slept all the way on the plane, chilled out in the heat at our apartment, gave lots of cuddles to his Aunties and looked amazing at the wedding (Hux in a tux!). It still blows my mind that kids his age need passports – I remember being a name on a page in my parent’s passport until I was 15  – it’s crazy his passport will now last him til 2017. Because of course, he’ll look exactly like this at the age of five. 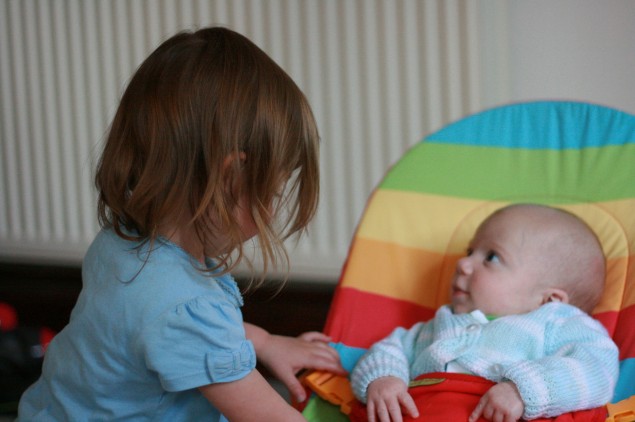 He is so patient with his big sister who is always asking  me where ‘Bubba’ is. She loves to hug him multiple times a day but she still doesn’t know how to be a bit more gentle with him. Nutting a baby is not the best way to start a day, right Elfie? She loves to walk alongside the pram holding onto it and she’s always trying to pick him up. She fails, obviously, as he weighs half her weight, but it’s nice that she likes to try I suppose. 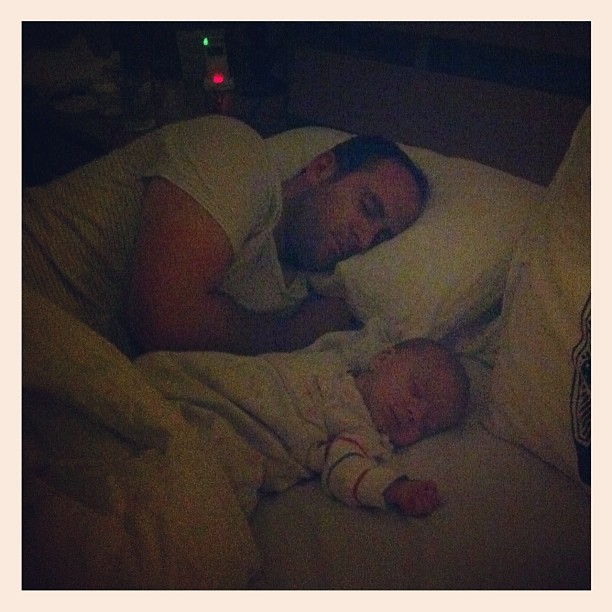 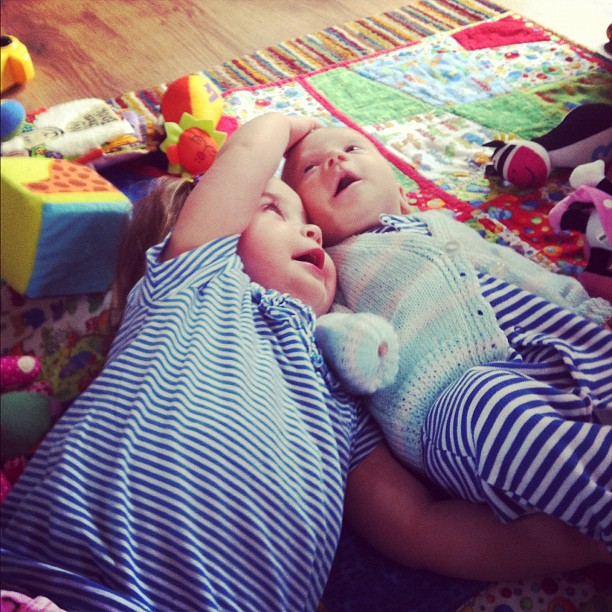 Huxley’s independence has come on leaps and bounds in the last few weeks. He now sleeps in his BedNest rather than in my arms and is happy to spend half an hour or so kicking in his bouncy chair whilst I make dinner. It has made such a difference as I’ve been able to get so much more stuff done recently (erm, cleaning, cooking and blogging mostly. Thrilling stuff). I miss the closeness sometimes and when we nap we might sleep next to each other, but that’s more for me than him. I need my sleepy cuddles. 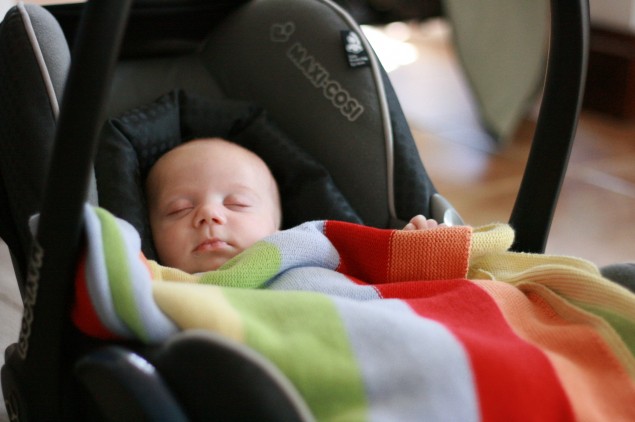 As much as Elfie is a Daddy’s girl at the moment, Hux is a total Mummy’s boy. I suppose that’s to be expected as I am the source of his food but I’m trying to make the most of it while it lasts. I’m sure he’ll become a boistrous toddler before we know it, but for now, he’s my boy. 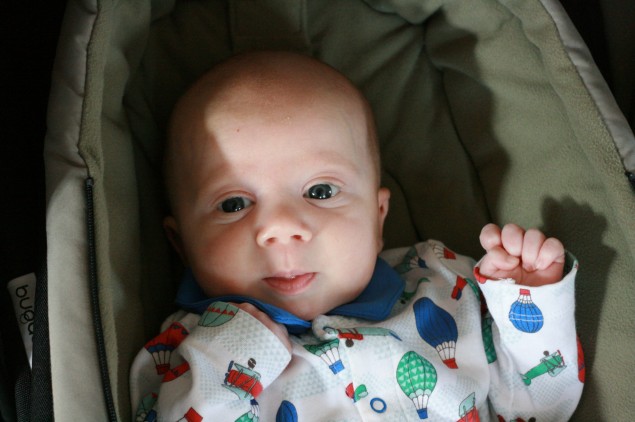 If there’s one thing we are noticing about Hux over Elfie it is how quickly he is growing. I have bags and bags of clothes that he’s already outgrown: things that he only wore once or twice. I’m keeping them all just in case but it’s still a huge shock to the system how brief these baby stages are. Elfie was so poorly that she remained a small baby much longer than she should have but there’s certainly nothing wrong with our little man in the growth department.

Hux has slotted so comfortably into Harold family life, I forget how we managed with only one child. He is going to grow up to be a wonderful human being and I can’t wait to see it.

Hux At Somewhere Around 6 Months