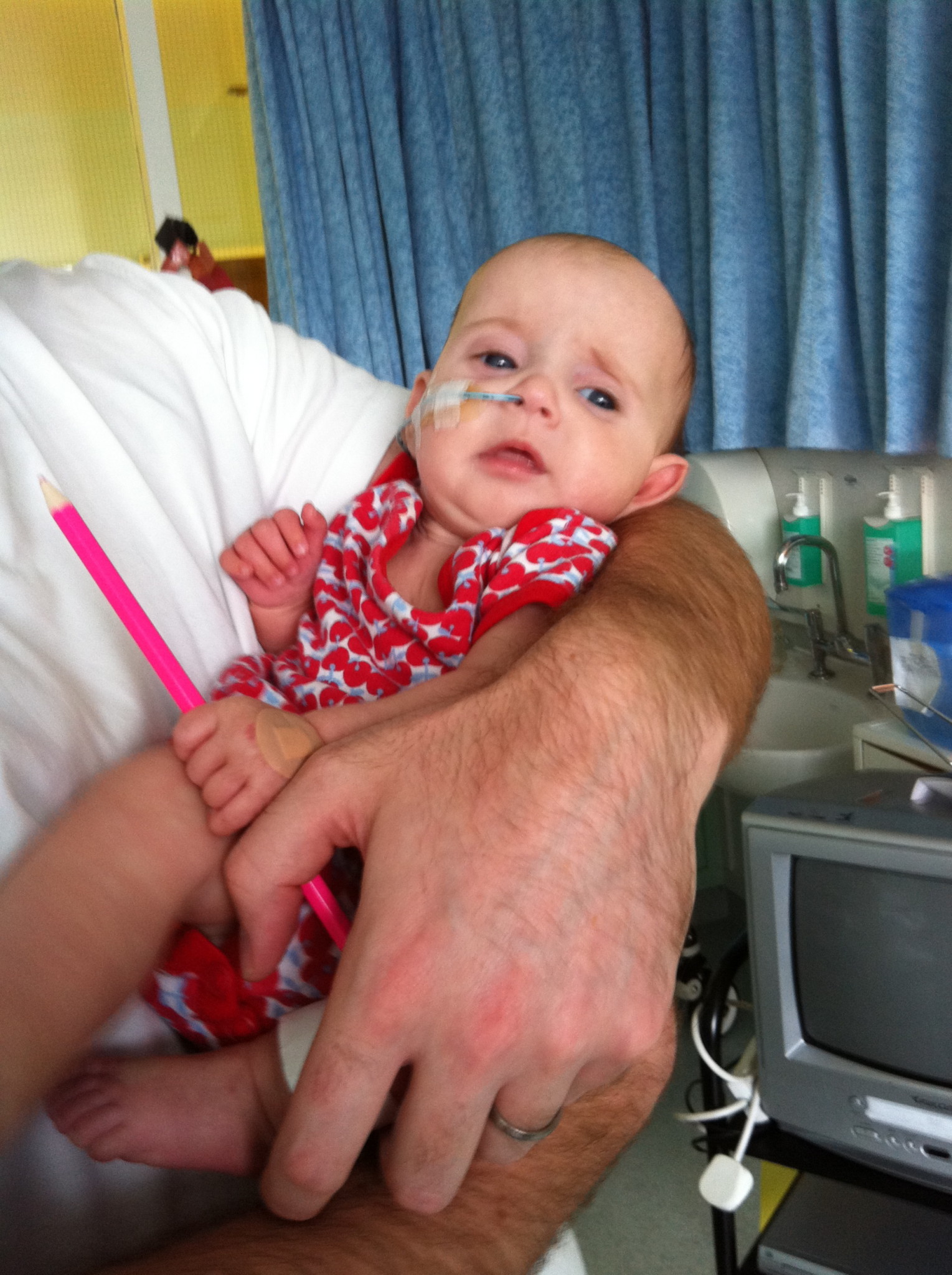 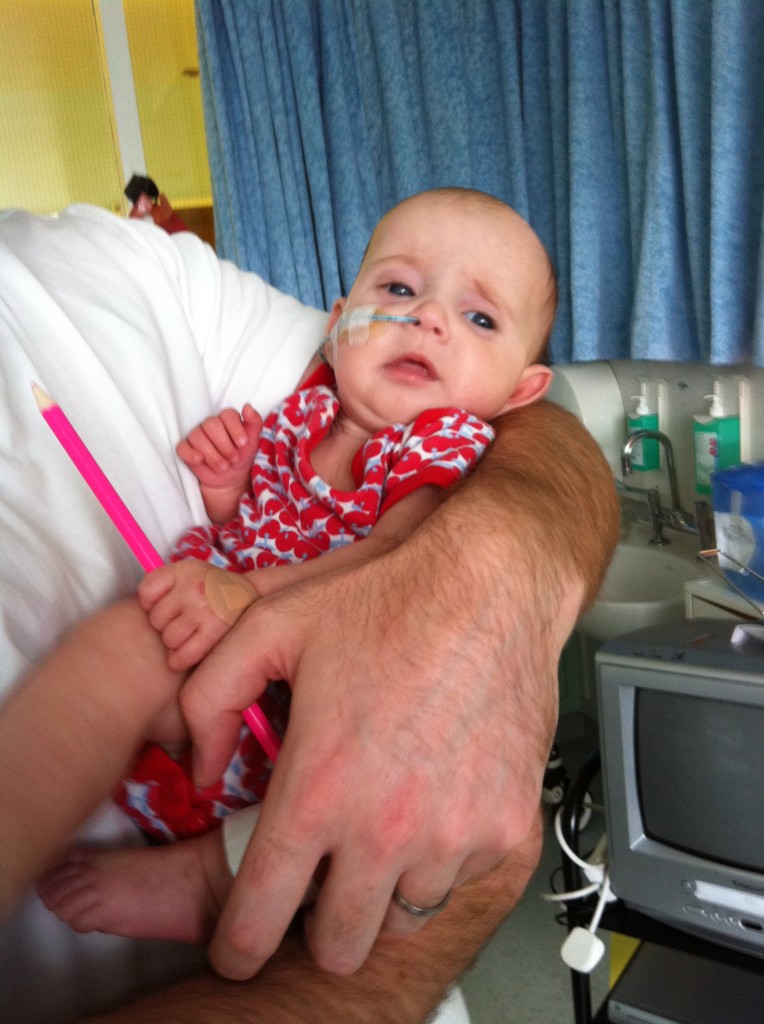 I originally wrote this on 22nd October 2010, around the time Elfie was first diagnosed with her condition. It’s still hard for me to read; I feel a lot of guilt even though I logically know it wasn’t my fault she was so very poorly but the thought that we could have lost our little girl is unbearable.

I write this in hospital, sitting by Elfie’s bedside, which is where I’ve been since 5pm on Tuesday.

We have been so concerned about Elfie’s weight and after another disappointing visit from a paediatric nurse last week I decided enough was enough and rushed her to the GP. He referred her to the Paeds clinic at the hospital and after alarming results from a blood test on Tuesday morning we were told to rush back and she was admitted straight away. She was dehydrated with dangerously low sodium levels and high potassium, a dangerous situation, and we were lucky she didn’t experience any fits.

My poor little pin cushion has been thoroughly poked, prodded and examined (6 blood tests were taken from her before midday today – they’ve ran out of test sites so have started on her ankles – and I’ve lost count of the all the specialists who have visited us) and we’re inching closer and closer to a diagnosis. We do know it’s definitely a problem surrounding her kidneys and she’ll require medication for the rest of her life. We don’t yet know the exact problem, or the extent of it. The good news is that we’ve found a reason for her low weight and that once she starts on the medication she will live a thoroughly normal life. We will need to be very careful if she is ever ill and she’ll spend more time in hospital than the average person, but it shouldn’t affect her in any other way.

She has been so very brave: she has a cannula in her arm which is splinted and bandaged up to her elbow and a nasty feeding tube up her nose through which she’s receiving medication, including a nasty sodium solution four times a day. Already she’s a much brighter baby and she’s now feeding wonderfully. I’ve been able to stay with her the whole time. The best case scenario is that we will go home over the weekend, otherwise it could be up to another week, all depending on how long it takes to bring her sodium levels back up and maintain them.

I am so angry and disappointed at the care we’ve been given up until we arrived at hospital (every single nurse, doctor, registrar and consultant here has been wonderful). The Health Visitor who told us three weeks ago not to worry, despite Elfie only putting on 2 oz in a week. The Paediatric nurse who told me to stop weighing Elfie every week as it would stress me out (of course I was stressed, my little girl was three months old and had only put on 2 lb!). The GP who told me to feed a baby who wasn’t hungry the formula designed for hungry babies (resulting in a weight loss of 4 ozs and dehydration). I was really made to feel like an overanxious mother who had a healthy baby, when really Elfie should have had urgent medical attention a long long time ago. I will write to my local healthcare trust, not just because I feel the need to complain and to make sure this doesn’t happen to another poorly child but because I have so much anger I need to get off my chest so we can move on. I feel sick when I think what could have happened if Elfie caught a cold, or had a sickness bug. She could have died.

I am so regretful that I didn’t make more of a fuss, though we were seen by every health professional available to us at the time. And if a paediatric nurse or your GP tells you that you’re worrying unnecessarily then you believe them, don’t you? You assume they know more than you.

The moral of my story is to trust your instincts, mummy knows best. I don’t care if I’m rushing her to hospital once a week – my baby will never again be ill like this.

On Writer’s Block And The Frustrations Of Being Ill

Oodellally Golly What A Day

CAH and Elfie: What It Is, How It Affects Us and Why It’s Making Me Run