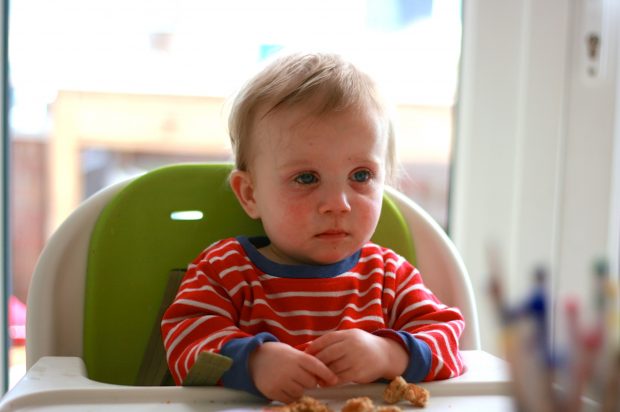 What do you do with two children who have conjunctivitis? Because I have no idea.

Ok, mine don’t have conjunctivitis but rather some other -itis (blepheritis?) which seems to be quite similar. Their eyes are swollen, sticky, itchy and look very uncomfortable indeed. I am dreading Hux’s hourly eye sterile eye wipe; this is the boy who will clock you if you try to wipe a bit of banana from the corner of his mouth. He has an impressive right hook for an 11 month old.

Elfie is over the worst but Hux, oh poor Hux really is suffering. He can’t open his eyes in the morning and for the rest of the day they are red, swollen and itchy. We’ve taken him to the doctors twice since Thursday but they maintain he has a viral infection inherited from the nasty cold he’s rocking so there are no drops or antibiotics that will help. I’m not convinced, I’m no doctor but the bad eyes are accompanied by the third bad chest he’s had in the last three months and the past two have only shifted with antibiotics. I really hope I’m proved wrong but I fully predict we’ll be back at the GPs in two days time. 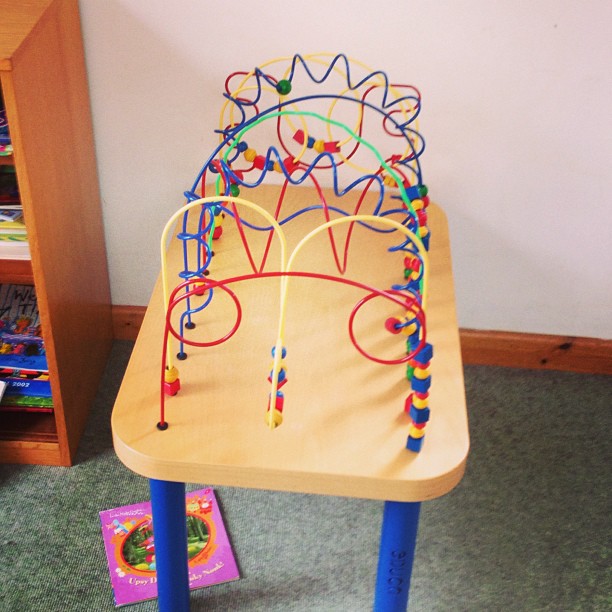 I also hope that the next time we go to the doctors Elfie doesn’t get her arm stuck in this contraption. It was touch-and-go for a while as I worked out how to remove it but one swift tug and she was home free. There were tears though. Hers, Hux’s and mine, though mine were possibly from laughter. I had to laugh otherwise I would have cried… I don’t know how she gets in these situations but they are bloody funny.

Anyway, for the moment we’re just to ride it out, keeping Hux topped up with fluids and way too many episodes of Balamory (what can I say? He loves it, and at least it’s not Mr Tumble). He’s also back to having 2 x two hour naps a day which must mean he’s feeling pretty rough and I’m trying to use the time to do special things with Elfie. But every single thing I do with her now also has to involve her new friend Doggie, which is interesting because she doesn’t like real dogs (“don’t like him, he’s too friendly Mummy!”). Elfie insisted Doggie have lunch with us today which was one of those moments you imagine your hypothetical child doing when they’re growing in your womb and then forget about until it actually happens. Lovely. 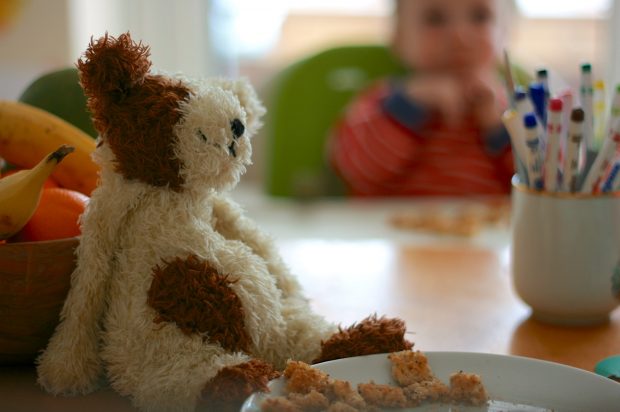 Apparently Doggie loved his toast but not so much the avocado or salmon, which works for me as nobody wants to scrub messy food from a stuffed toy. I do suspect this originated from Elfie’s own taste in food though: she loves avocado and salmon and is pretty ambivalent about toast. Lucky Doggie, lucky Elfie. 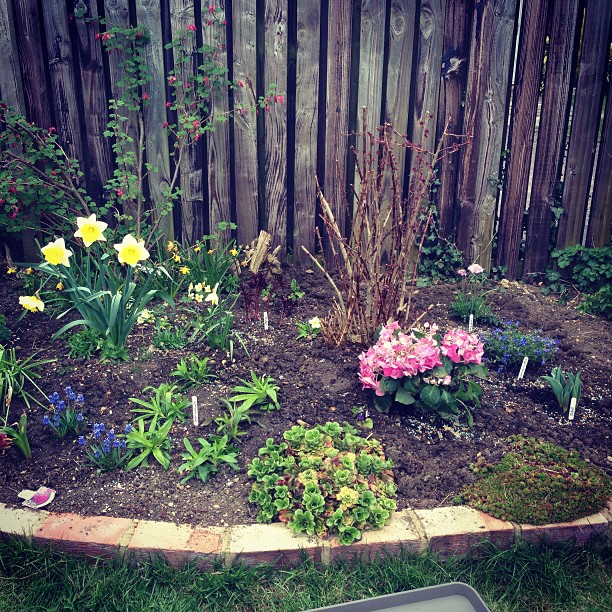 We did make it out of the house yesterday to the Garden Centre, my new favourite place. I could have spent hours wandering around if the children weren’t so grumbly (and by children I mean husband). Hux spent a pleasant couple of hours in the Baby Bjorn snuggling into my chest – something I enjoyed hugely – and Elfie was enamoured by the chickens, fish and flowers. I predict we’ll be back regularly, which makes me feel both excited and old. We actually bought compost. COMPOST.

Today begins a week of single parenting for me as Will is off in That Big City working hard on a few shows he has coming up this weekend. I’m feeling slightly hysterical – hats off to anyone who does this on a permanent/regular basis, you’re all warriors – and I predict I will need a Wagamamas by the end of the week to reward myself for surviving. That is, if I survive. If it gets to Friday and you haven’t heard from me, send help (or vodka). I picked the wrong week to pack up my wine habit, that’s for sure.

I just noticed that I put my jumper on the wrong way round this morning. That feels like a fitting metaphor for the day.