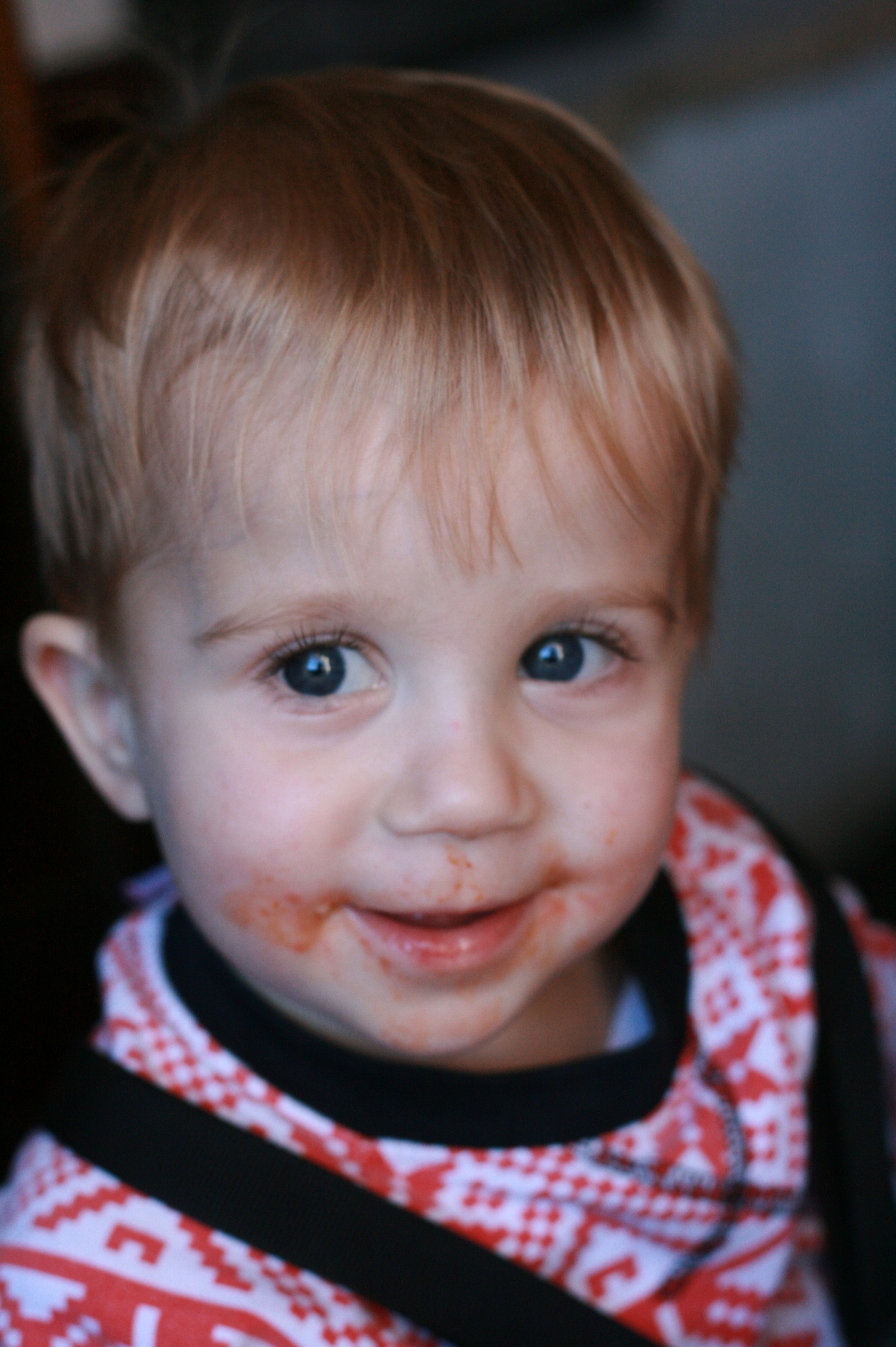 I never really knew the meaning of ‘real’ Christmas before the kids came along. And I mean that in the most literal sense, not in a sense that “ooh isn’t Christmas about the joy of kids”. I mean that because when I went to see Elfie as Mary in the pre-school Nativity play I’d realised that I’d forgotten the story, and that’s what Christmas is, right? About Jesus, Mary and the Three Kings. And according to Elfie, the “Gold, Crowns and Katy Perry”.

And when I took the kids to a lovely Christingle service on Christmas Eve with Bryony‘s family we all sang the carols together, it felt so warm and happy and festive. I’d forgotten anything that wasn’t to do with Mariah Carey, Slade or John Lewis and it felt good to remember. Elfie was terrified of the Christingle Candle and Hux ripped up the hymn sheets, but those little things are what make Christmas. Forget the presents, the happy moments with the family and friends are what it’s all about. 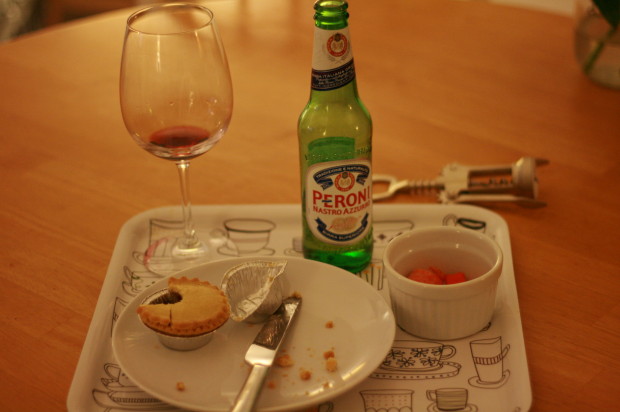 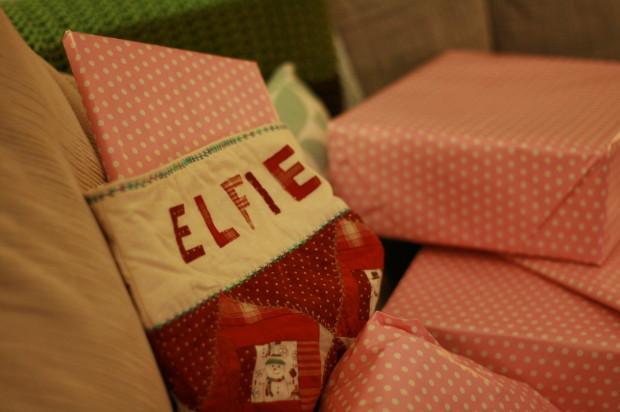 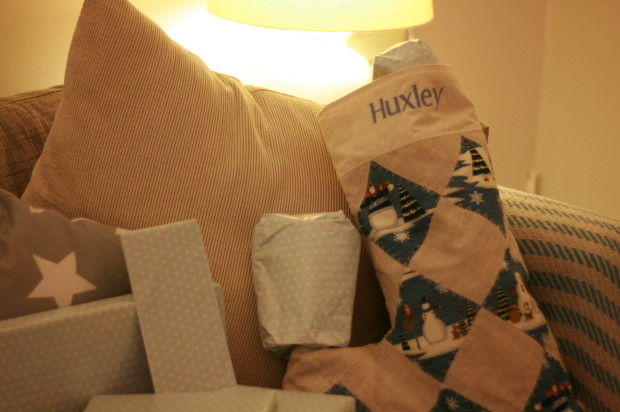 Christmas Eve felt a little bit weird; it’s the first year Elfie has bought into the whole Father Christmas thing and she (as always) had SO MANY questions. I tried my best to answer them but I couldn’t help but feel a bit dishonest at all the fibs I had to make up. Is this a normal parent feeling? She wanted to know all of the what, why, where, how, who’s? about Santa Claus and I literally pulled a lot of those answers out of my arse. I definitely need to do a bit more research into the North Pole before next year.

At Elfie’s insistence we left out a glass of red and a bottle of beer along with two mince pies and a carrot for the reindeer. Apparently this all HAD to go on a tray, according to Elf the big FC is pretty discerning about these things. 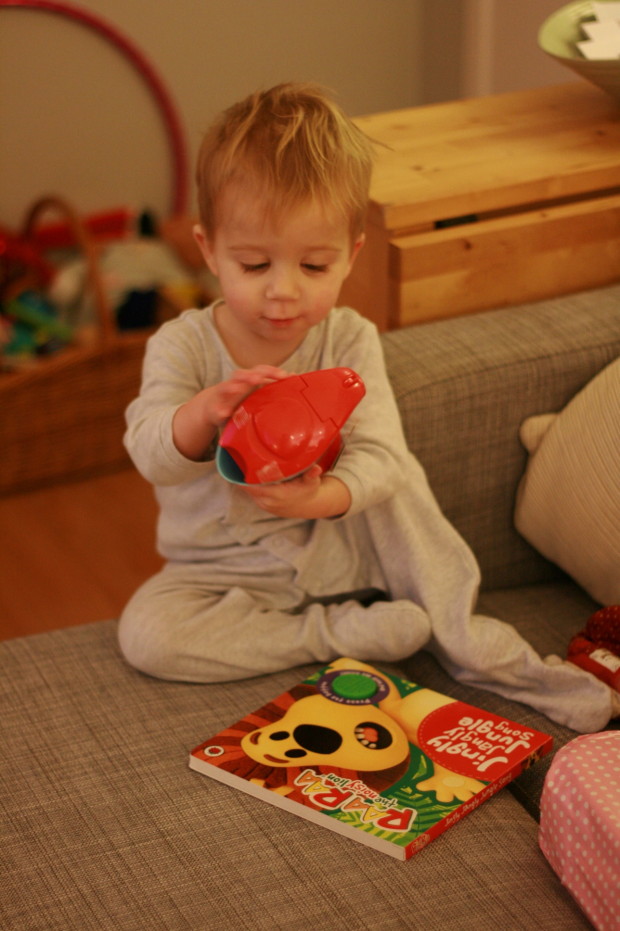 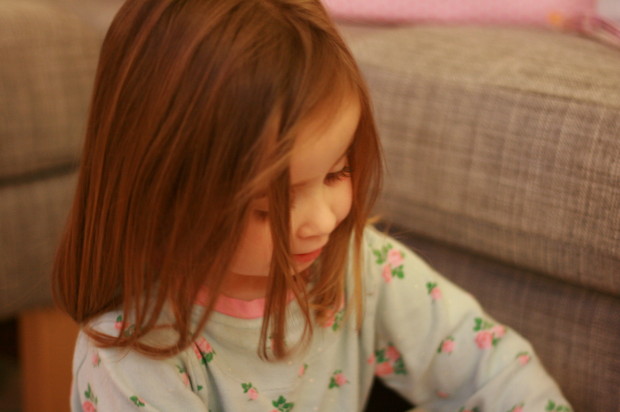 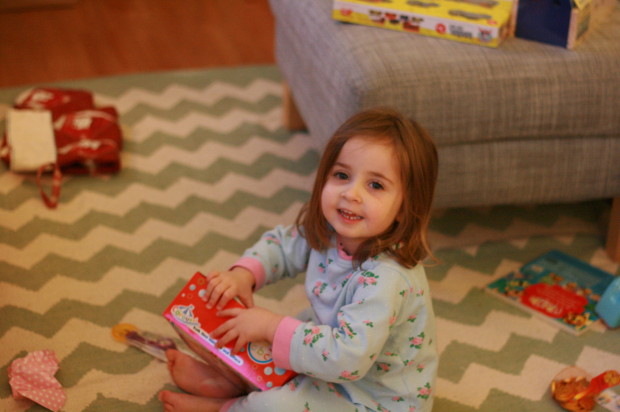 She toddled off to bed and then would not sleep. I’m telling myself this is a sign of intelligence but she worried and worried about the fact a strange man would be coming into our house so in the end (the end = 9.30pm) we had a chat and decided it’d be a good idea if the tray would be left outside for Father Christmas and he could just magic it inside along with the presents. Meanwhile I chugged the beer, chewed on the carrot, decanted the wine back into the bottle and took a bite out of the mince pie (bleurgh).

Fibbing to your kids is exhausting. 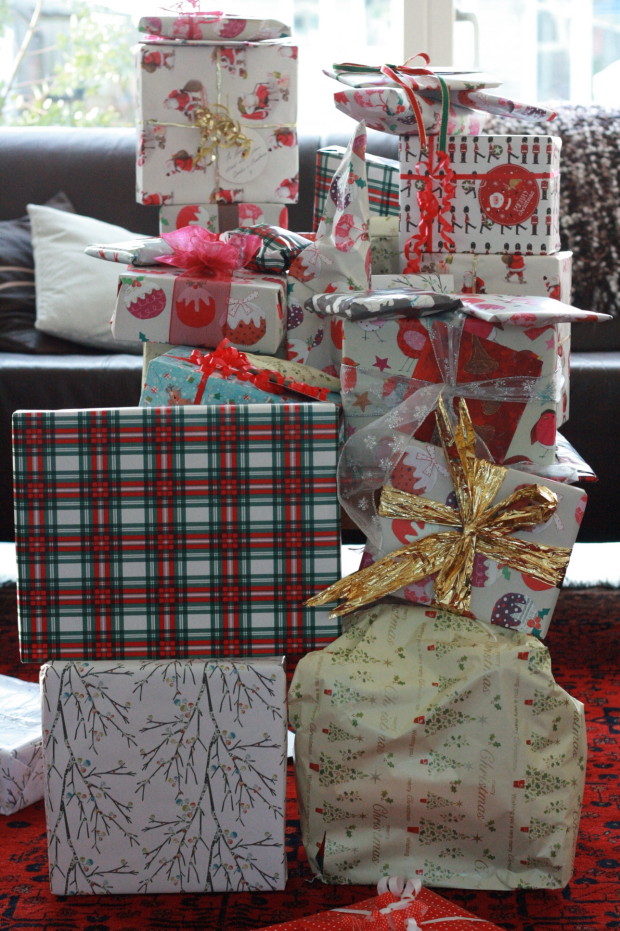 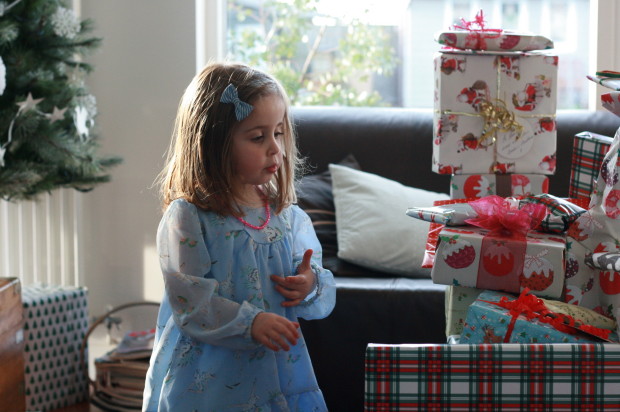 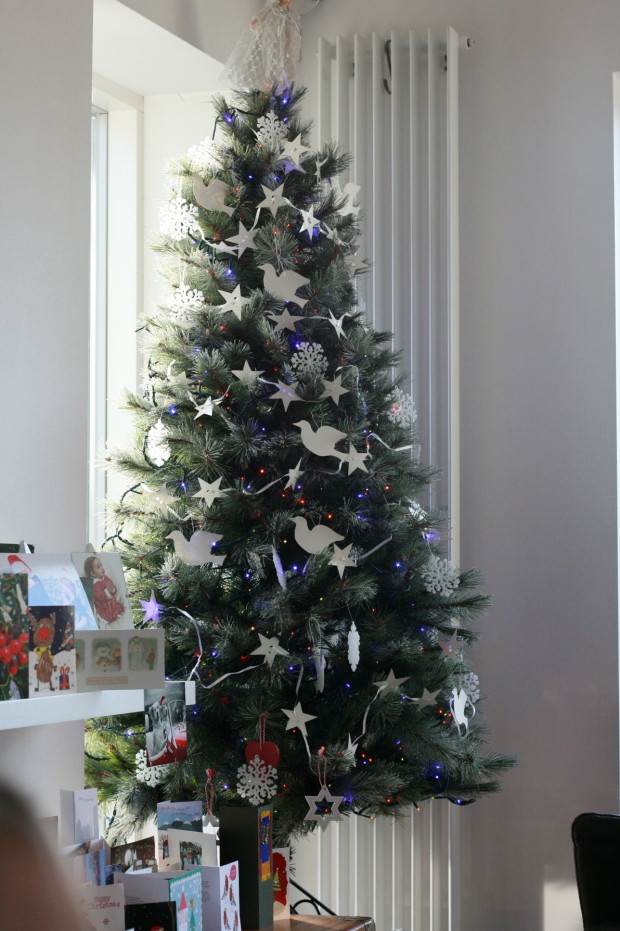 Anyway, she finally went off to sleep and I hurridly put the presents out and went to bed myself.

For the first time in her life she didn’t wake up til 7 (I’d been lying awake for the best part of an hour) and bless her, when we first came downstairs she didn’t see the presents. She thought they’d be under the tree and as that was the first thing she saw when she came downstairs she said “oh…. he hasn’t been. Never mind”. When she saw the loot on the sofa she went slightly bonkers, and that was a theme for the rest of the day.

Turns out that 3 year olds, they just love to open presents. 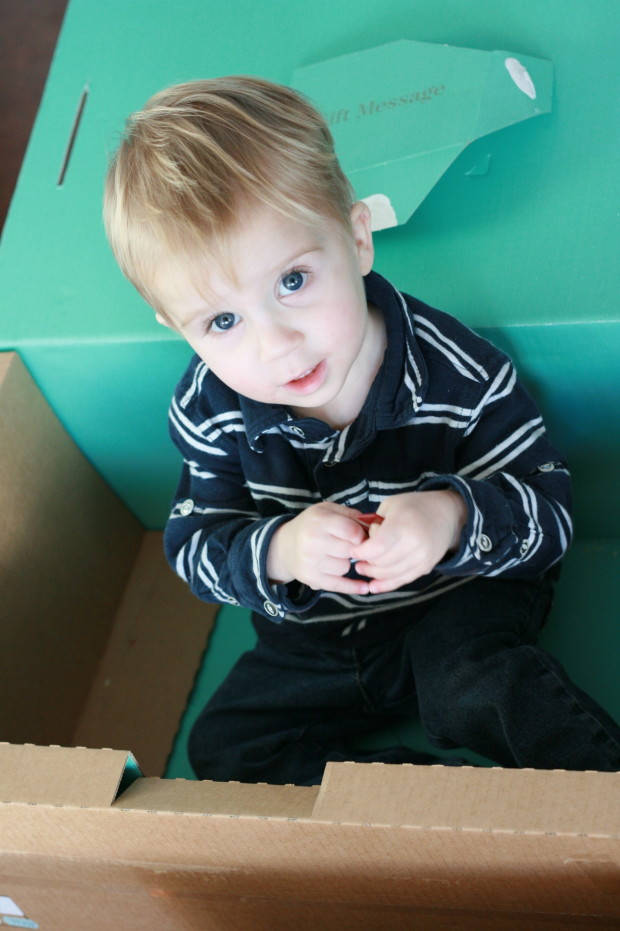 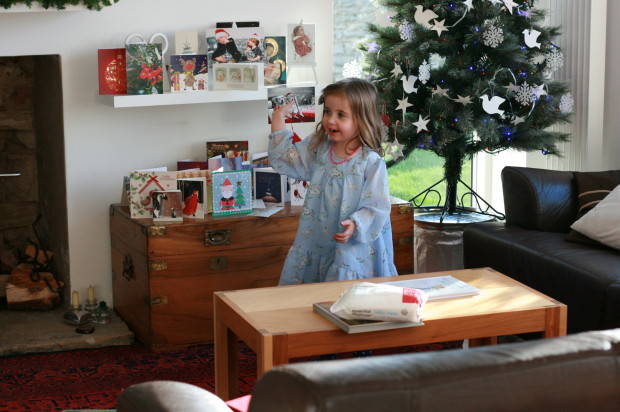 Once she started on that wrapping paper she didn’t stop. She opened her presents, my presents, Hux’s presents. She just loved the thrill of opening the presents. And why wouldn’t you? 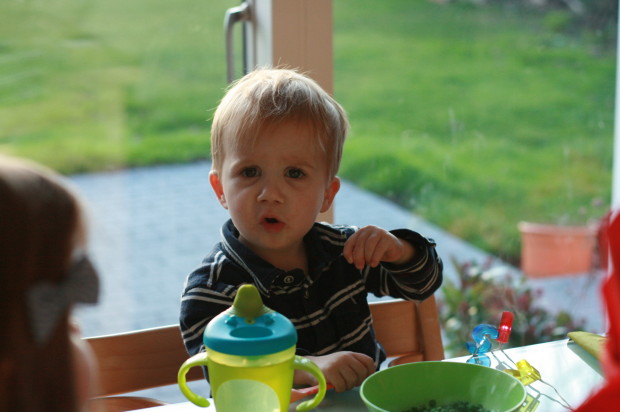 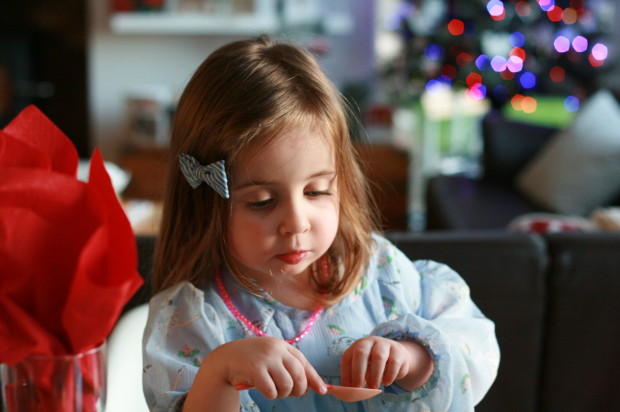 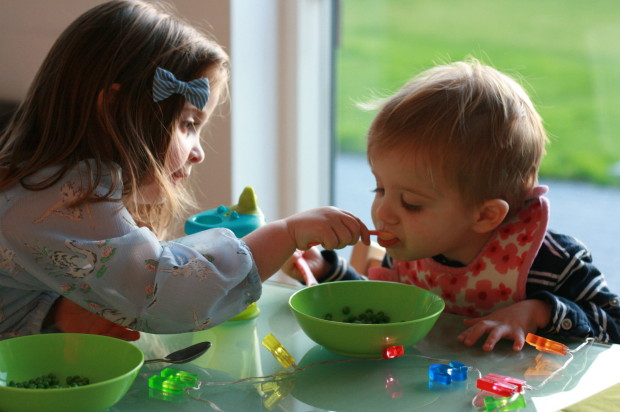 After present opening and a couple of Christmas Croissants at home we headed off to Mum and Dad’s house where there were – yep, you guessed it – even more presents (and Clementine Bucks Fizz)! Elfie’s favourite was the BabyBez watch and Hux’s was his toy kettle and new toothbrush. Oh, and the boxes, he loved those boxes. Me, I was very lucky with my loot this year and was given Clarins Spa Vouchers (yessss!!) as well as an Electric Toothbrush (wanted one for ages) and some Kiehl’s goodies. Though isn’t it funny how receiving the presents become of such little importance as you grow older? There, I said it, I’m no longer materialistic and only in it for the gifts. Who am I? 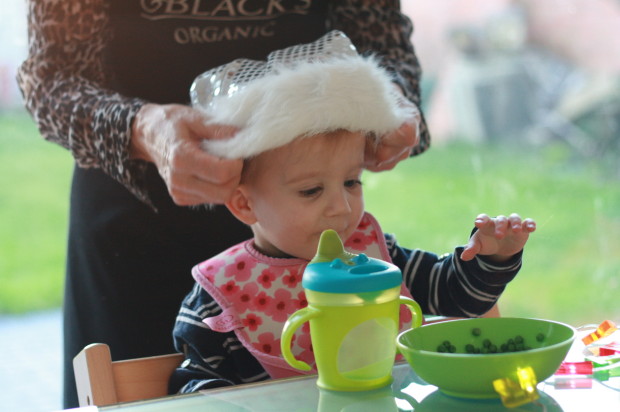 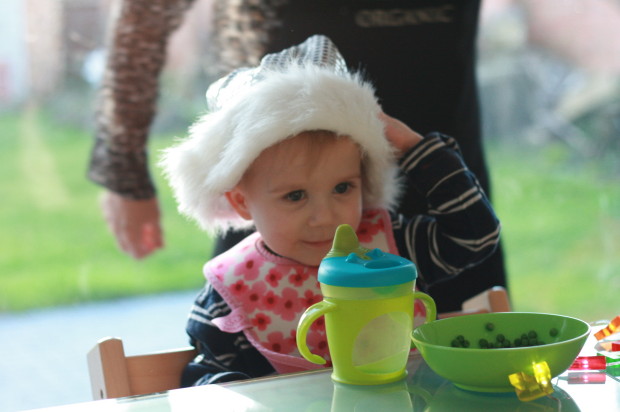 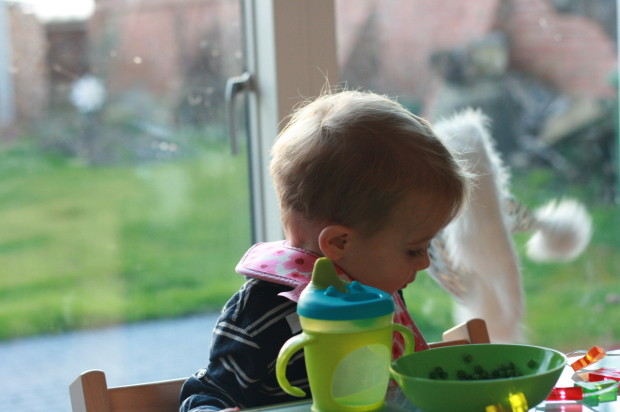 Dinner was an epic Dad special: a rib of beef that had been hung for about 12 years (28 days) cooked for six hours at 60 degrees a la Heston Blumenthal. It was literally the most divine bit of beef I’d ever put in my mouth; it melted like butter and was absolutely beautiful. It was the first time we’d had beef for Christmas dinner and it was a lovely change. The recipe’s here if you fancy giving it a go for a special Sunday lunch, I’d highly recommend it. 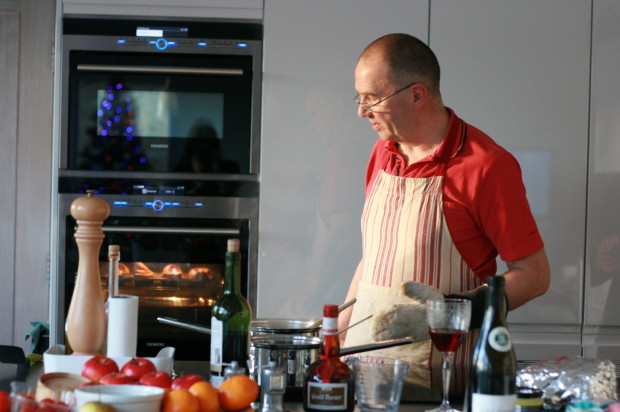 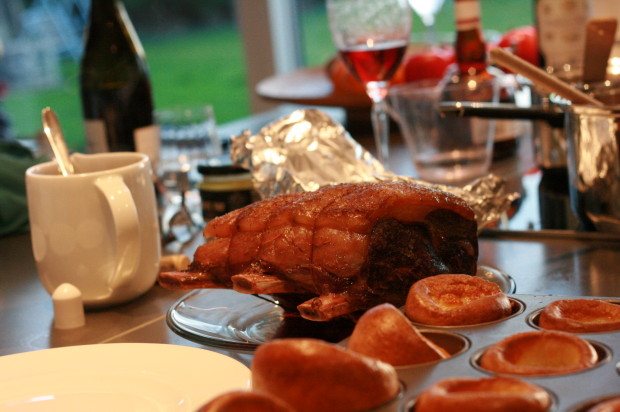 Pudding was Mum’s classic chocolate roulade, all washed down with lots of lovely wine (a 2011 Poilly Fusse and 2010 Louis Latour Pinot Noir). And of course, stacks of cheese, Christmas TV and the yuletide family tradition of pass the parcel. 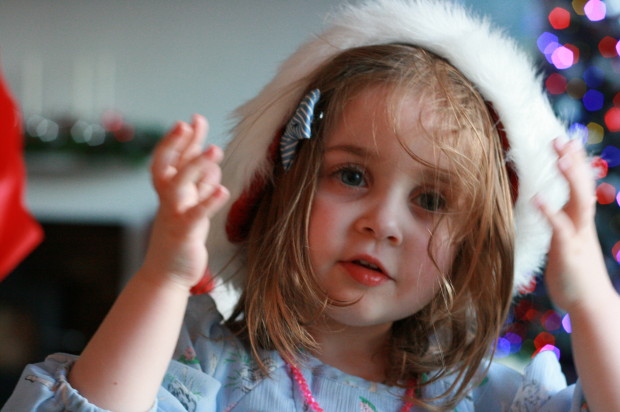 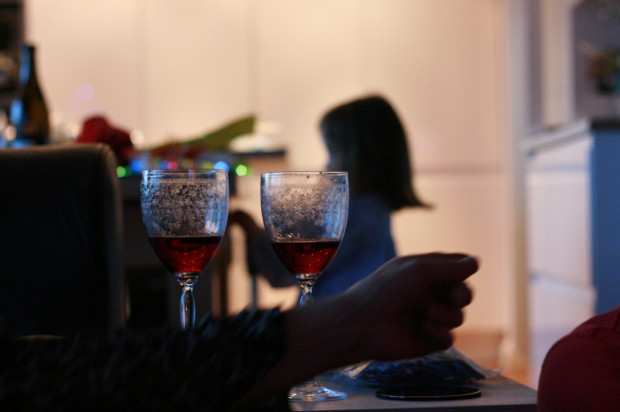 A huge shame, I was massively looking forward to the Call The Midwife and Downton Abbey specials but felt a bit bored by both of them. Was it because I was more interested in the Stilton and the leftover pudding? Did I spend too much time observing other people’s Christmases on Twitter rather than watching the TV? Meh. Maybe I should try watching them again. 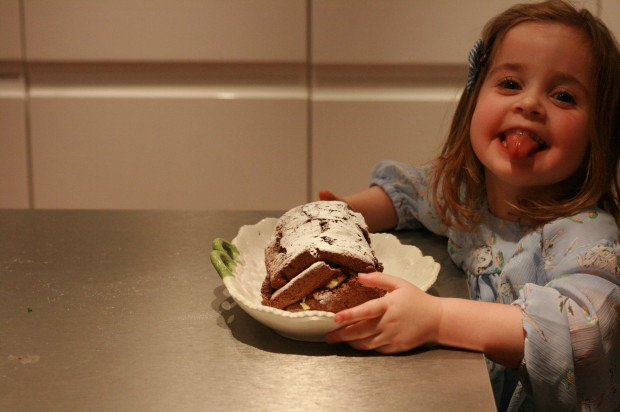 Obviously I wasn’t particularly looking forward to Christmas day as a single, but you know what? The worst thing about the whole experience was the anticipation. We had an absolutely lovely day and all really enjoyed a quiet Christmas, just the five of us (at least I did… mum? Dad?). The kids had a blast too, which is the main thing.

Christmas was another hurdle to overcome and to enjoy it rather than just endure it was brilliant. There were no cross words, no sad feelings, nothing negative. Just lots of food, family and fun. If this is the shape of things to come in 2014, well, then I’m well ready for it.

Elfie’s beautiful dress was sent to us by the lovely people at Their Nibs.

Christmas Gift Guide: What To Buy the Impossible Woman

This Year’s Christmas Cards by Rosemood