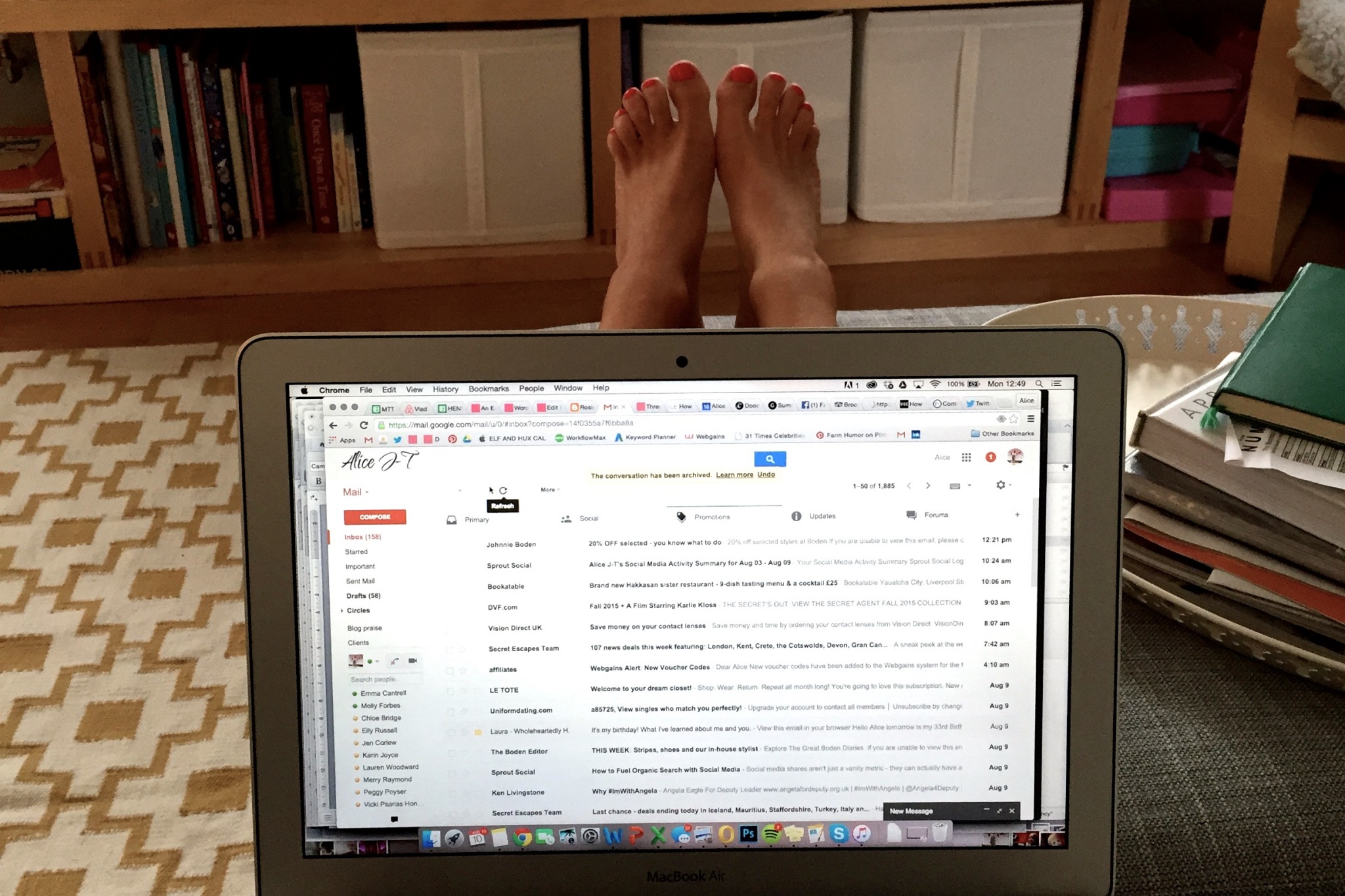 The One Secret To A Peaceful Bedroom

In life isn’t it nice to be nice? At home, at work, with your family. I’m a big believer in getting back what you give out and try to use this a basis for the way I treat other people. My thought is, that if I treat others the way I wish to be treated then I shall set myself up for the happiest life possible. Right?

But then last year, working as a Marketing Director for a creative agency led by a hard-nosed alpha-female CEO, I started to re-evaluate my approach.

I read research that showed women have a pre-disposition to pepper their emails with the word ‘just’ to soften their requests, and noted this was something I did. Like most working women I know, I read ‘Lean In’ by Sheryl Sandberg and wondered if I was, in fact, leaning in. I was worried my default personality setting of ‘nice’ was holding me back.

Working within a particularly male-dominated area I didn’t want to be seen as a pushover and so I started altering the way I communicated. I became harder, less sympathetic to my team, snappier. I liked myself less but I felt more effective. I wasn’t as nice as I would have liked to be but I felt more respect from the older men I was working with.

I left that job to work for myself in the summer because, as much as I wanted to be seen as direct and articulate, the ingrained sexism of the industry still got to me and the 60 hour working weeks were brutal. Leery comments about what you’re wearing or ice breaking exercises involving cartoons of genitalia are never OK in a working environment, and I definitely didn’t want to harden up and not let these bother me.

And so I said goodbye to the large salary, the dependable income and the pleasant workmates but I re-claimed the right to be a little bit nicer.

A few weeks ago I read this article about the Just Not Sorry App, an email plugin that works by underlining letters or phrases in your communications that could undermine the message. Think ‘just’, ‘apologies’, ‘sorry’ – all outlawed. The purpose of the app is to help you hone your message without diminishing your voice.

After using the app for a couple of weeks and altering my emails to suit the red squiggles I started thinking about the default way I communicate at work and whether it was harming my career. Does one need to eradicate niceness to get ahead?

Asking this female-focussed question on Twitter yesterday gave me food for thought:

As a woman myself (obvs) I was wondering if the pre-disposition to be nice was more a female trait, and if Senior women in business were viewed as colder because of this.

There were some great discussions going on and many emotional reactions: feminism in the work place is a huge subject to tackle and there are many facets to this discussion.

I do think there is something in being less soft that helps you get ahead.

As my career has been focussed on Advertising and Marketing this is all I have experience of. I left this particularly gruelling corporate world because it was so incompatible with my family life, which is something that remains a huge hurdle to women getting ahead in traditionally male-dominated sectors. There’s so much of what I call ‘peacocking’: despite formal working hours being set at 9am – 5pm there’s always the unspoken competition of who can spend the longest at their desk. A competition that mums automatically fail if they have any hope of tucking their children in at night.

3 Pitfalls to Avoid as an Entrepreneur

I hated leaving work on time. My team in Milton Keynes were fully on board with the 40 hour working week but so often I was asked by my bosses to remind them that “Advertising is not a 9-5 job”. Leaving on time meant you were conspicuous in your absence, and so often I used to rush out the door ON TIME mumbling something about doctor’s appointments or sick babysitters. I felt stuck between a rock and hard place: I’d get it in the neck from nursery or babysitters if I was late for pick-up, but if I left on time management would be disapproving.

This is absolute codswollop. If you’re efficient and effective at your job then you do not need to be at your desk longer than the hours for which you are paid.

Leaving on time meant judgement you weren’t working as hard as others, and so working mothers (especially single ones!) were automatically left at a huge disadvantage. I was offered a promotion but it was implied that if I took it I’d need to toughen up, spend much less time with my family and basically grow bigger balls.

My balls are quite big enough, thank-you.

And so yes, I think there is definitely an aspect of needing to be less nice to get ahead in traditional corporate environments, at least in the ones I’ve worked within.

This is something I don’t want to do. I don’t want to compromise my approachability or friendliness for the sake of my pay packet. I don’t want to not be liked to get a better job title. I don’t want to spend precious time away from my children just to give the impression that I’m better at my job than others. It’s why I now work for myself: nobody judges me when I leave work early for the Harvest Festival, and on days like today when I have a sick baby at home I can hang out with her on the sofa watching Hotel Transylvania with no fear of guilt.

It’s a shame, it shouldn’t be like this, but I will continue to make the sacrifice for a more balanced home life and the knowledge that I’m as nice as I can be.

Obviously my experiences are just that: my experiences. They are narrow, non-prescriptive and reflect only a couple of companies within one industry. I’d love to know whether or not you think we need to compromise our niceness to get ahead.

Why I Won’t Be Writing Another Memoir