A Day At The Waitrose Leckford Estate – #WaitroseAtSource

When your one great aim in life is to have a happy family – a blissful marriage with 2.4 kids – divorce comes as a bit of a shocker. So when my ex husband and I decided to call time on our partnership, I didn’t know how we’d get over the experience of our uncoupling.

Having met my ex at 18, previous breakups had involved nothing more than a text message and a swift removal from my MySpace top 8 friends. If you bumped into each other at cider-fuelled house parties you’d do the mature thing and pretend you hadn’t seen each other, knowing you wouldn’t awkwardly spot them anywhere else unless fate really wasn’t on your side.

There was no chance of them popping up in your Facebook feed back then, either; don’t you miss the days where you couldn’t feel bad about yourself by searching your ex-boyfriend’s new girlfriend on Instagram?

But ending a marriage felt very different to those juvenile splits, especially when there were young kids involved. With Hux still very much a tiny baby and Elfie not yet two, when we broke up I knew we’d have to tread carefully.

There was no guide on ‘how to leave your ten year relationship when you have a house, kids and a whole kitchen full of pots and pans to lay claim to’

Unfortunately, despite my frantic Googling efforts, there was no guide on ‘how to leave your ten year relationship when you have a house, kids and a whole kitchen full of pots and pans to lay claim to’. Gwyneth and Chris Martin’s concious uncoupling hadn’t happened yet, and as we’d both been brought up in two-parent families we had no template to base our split on.

So I guess we winged it. 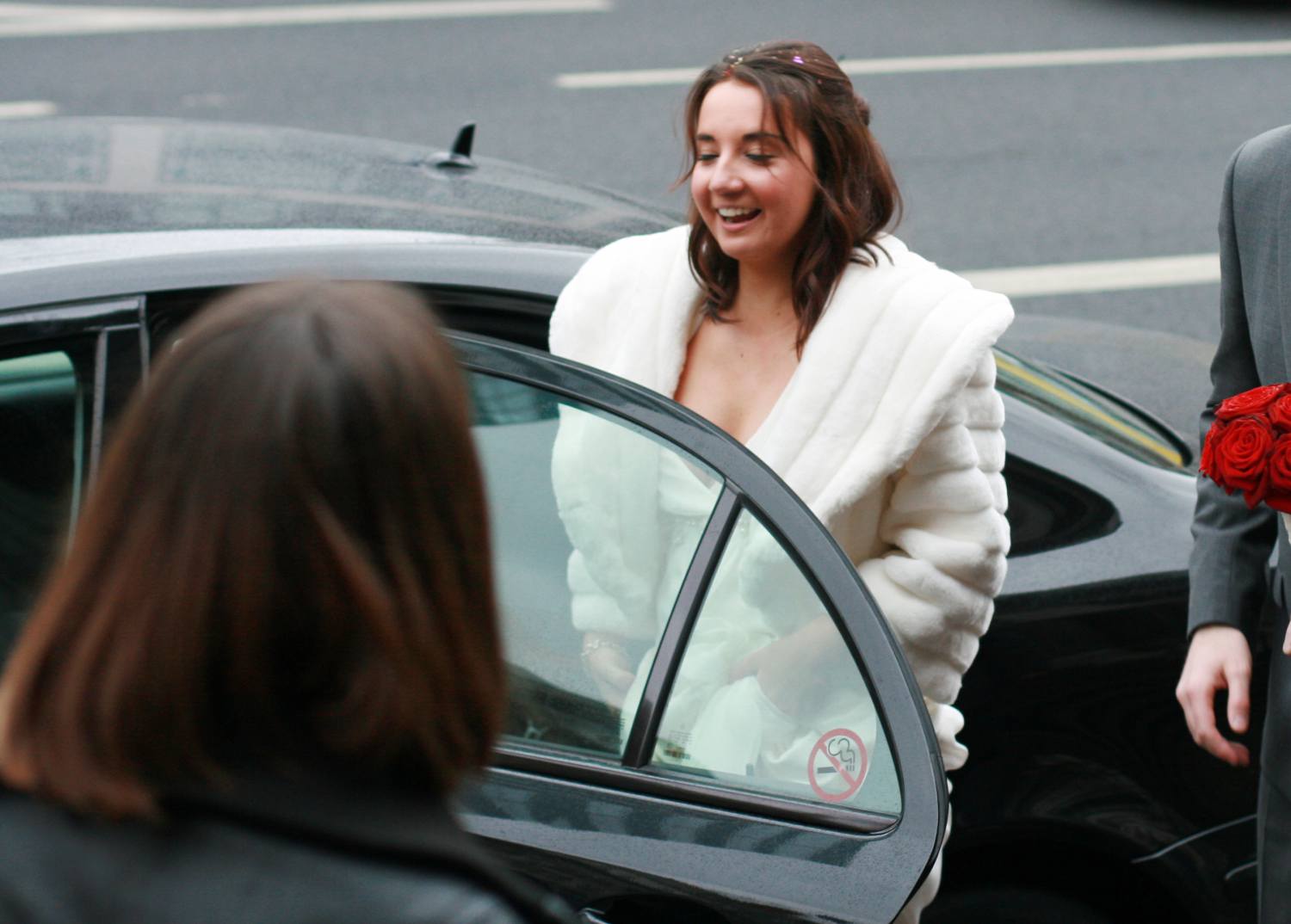 Four and a half years on and I think we did a pretty alright job of the whole thing. Yes, there have been times when we could have quite easily throttled each other (still are, on occasion), but by and large our arrangements have worked. I have major custody, the children love spending time with their dad, and the good Le Creuset pans still live with me, too. Win/win/win.

We even – dare I say it – have some kind of respect for one another. We share an online calendar, in which all plans for the children are noted, and by and large that ensures there are no tangles over fortnightly custody logistics. We had a totally unspectacular divorce that was granted without fuss, he’s happily engaged to his girlfriend (and I am genuinely pleased for them), and we even shared a drink this weekend.

Only one-fifth of single parent households in the UK are headed up by the father: the onus for child rearing post-divorce so often falling to the mum

That isn’t to say it’s been easy, and I’ve by no means been the most compliant and passive ex-wife in the world. There have been times where I have been so mad, so mad, that my life plans have had to be compromised to such an extent because I’m now a working one-parent family. Only one-fifth of single parent households in the UK are headed up by the father: the onus for child rearing post-divorce so often falling to the mum.

Take this week for example. In a period of seven days I’ve been around to take Elfie to two settling in sessions at her new school (pick up, drop off, guided tour), I’ve gone to another one of her special school assemblies, I’ve taken her and her brother to three different clubs and had a 3.30pm meeting with her new school headmistress. I’ve organized, paid for and hosted a birthday party, ordered and picked up medications, undertaken school disco runs and made sure both children are fed, loved and clean every day. Oh, and I’ve been working full-time too.

But that’s the life of a family, isn’t it? Goodness knows what the bloody awful DM meant when they said these mums were addicted to a 100 hour week schedule’ – that’s just what we do. But I do the majority of it alone, and sometimes I wish I was given more of a choice when it came to changing my ambitions to align with being a single parent family.

Do I feel sad about my divorce?

Do I feel sad about my divorce? Yes, I think I always will. Nobody ever enters into marriage and then goes on to have kids thinking the relationship won’t last.

Do I regret the experience? Not once: my marriage gave me two beautiful children and the divorce a lifetime of relationship experience, along with the motivation to provide for my family.

It’s not something I’d recommend you aspire to in life, but it seems to be working out pretty OK for me, and I can tell you one thing: though I’d love to marry, I will never ever divorce again..