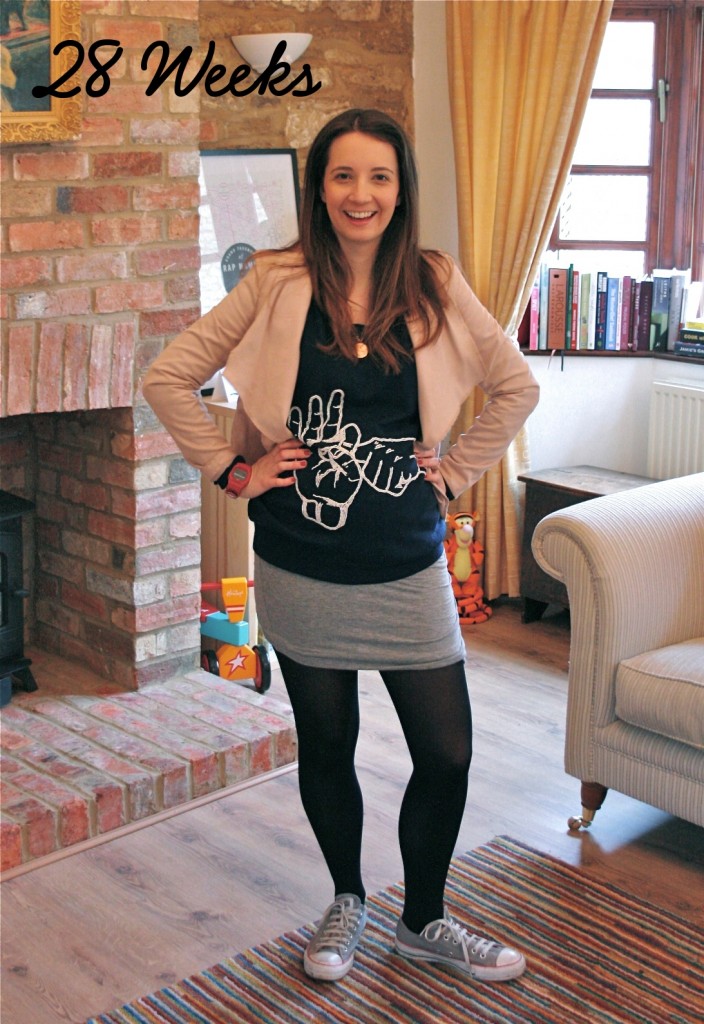 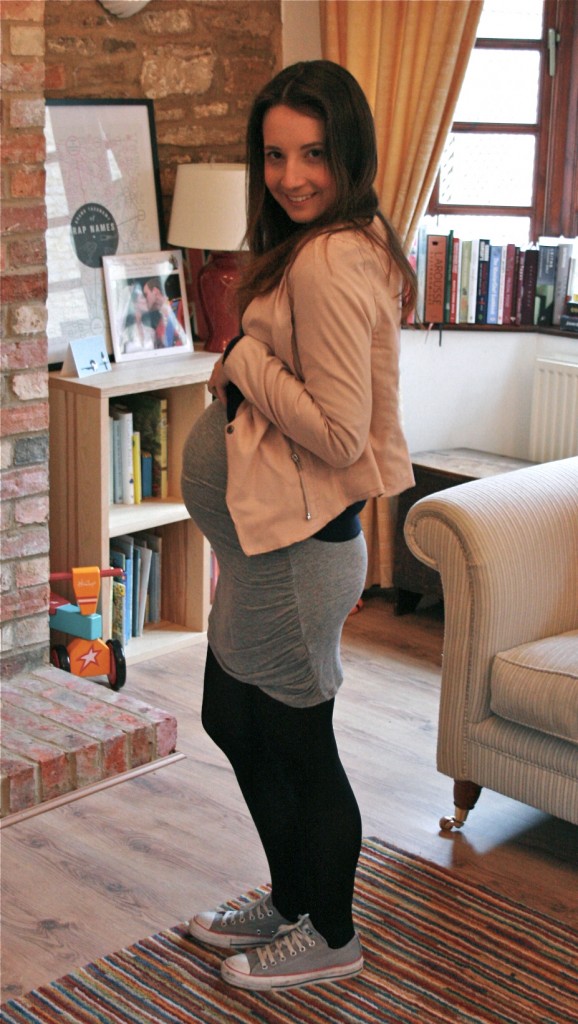 A bit late with my update this time around, but my photographer (Mr. ‘I bet David Bailey never had to deal with this shit’) has been working very hard and finding a time when we’ve been able to synchronise when he’s at home with good hair days, a face of make-up and daylight has been tough. We managed it last week and were even child free so we went wild, which involved taking a nap then going out for lunch. The insanity.

At my last appointment the baby was head down which makes a really nice change to my pregnancy with Elfie when she was uncomfortably breech from 25 weeks onwards. If you can imagine a melon lodged under your ribs for fifteen weeks you’re nearly there. I found it hard to sleep comfortably, sit up comfortably, walk comfortably, but this time I barely remember there’s a baby in there aside from all the kicking and poking. It’s a great relief.

The bump is measuring a bit below average (and I don’t think I look all that pregnant from the front) but it’s definitely there: the time has come to fold away my pre-pregnancy skinny jeans which were fitting me up til now. I’ve started putting on weight too, a whole 10lbs in the last three weeks which makes sense as my appetite has been through the roof. There have been no new cravings as such, nothing like the crazy ice phase I had with Elfie. I even tried crunching on some this week… nothing. Although my love for roast potatoes and mayonnaise is still very much in play. 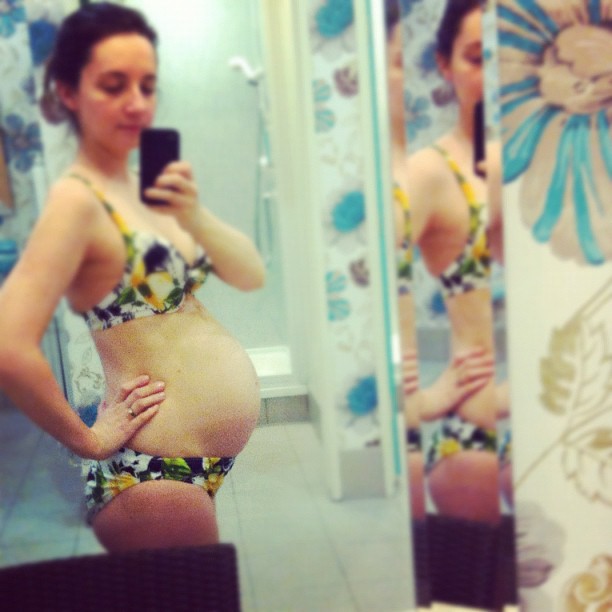 I had tonsilitis a couple of weeks ago which was completely and utterly brutal, and right after we moved house too. It was five days of hell followed by fourteen of being knocked out by even the slightest activity – like cooking dinner – so pretty inconvenient really. There have been lots of naps and I’m sure there will be plenty to come; work has taken somewhat of a back seat as sleep has become more and more important. Lovely lovely sleep.

As we’re well into the third trimester I’m starting to freak out somewhat at the thought of having 2 kids under 2. I find it hard enough to cope on the days Elfie is being a bit of a monkey, especially if we’re at lunch or at the supermarket, so the thought of adding another baby to the mix is pretty scary right now. Public opinion and advice ranges from the terrifying (“I think you’re nuts/you don’t know what you’re letting yourself in for”) to supportive (“you’ve done it once before, you won’t notice the difference”). I’m erring more on the side of terrifying right now; if I’m expecting the worst, things will only get better, right? (Parents of two: feel free to reassure me that it’s All Going To Be OK).